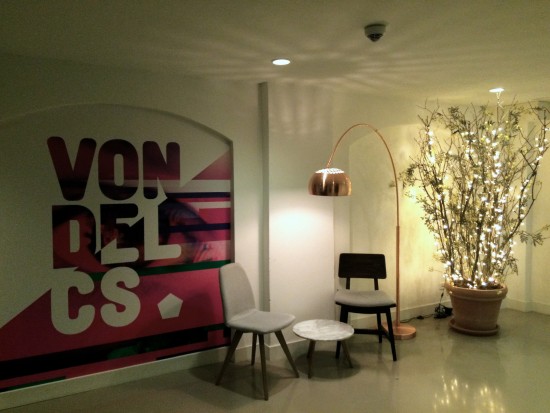 What would you consider to be typically Dutch cuisine? Most traditional dishes are not very exciting, except when there’s a twist to it. And that’s exactly what Vondelpark3 Kitchen & Bar has done, introducing New Dutch Cuisine (#Nieuwhollands).

The only times I’ve had traditional Dutch food was at  my grandparents. I liked my grandma’s ‘draadjesvlees’ (beef stew) with potatoes and gravy, but that was about it. I preferred her ‘bami’ -an Indonesian dish, her neighbor taught her to make (and who was originally from Indonesia). It reflects how traditional Dutch food has been infused with exotic influences throughout centuries, considering history and the traveling spirit of the Dutch.

Aside from typical Dutch ingredients, the menu at Vondelpark3 Kitchen & Bar contains exotic hints and surprising combinations. They also offer vegetarian dishes, or the veggie version of the ‘stamppotjes’ which is really considerate of them (and much appreciated by Sacha who’s vegetarian). 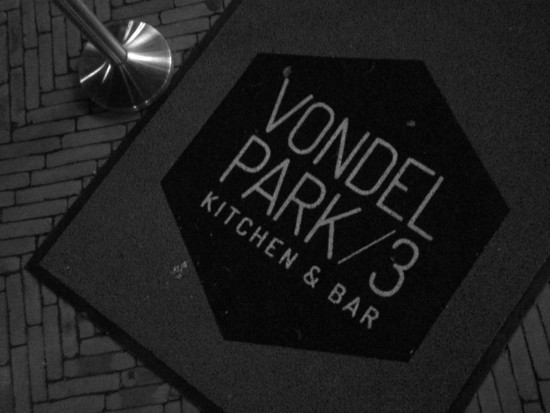 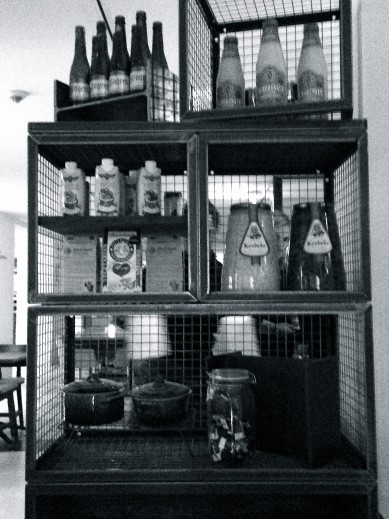 The setting in the amazing Vondelpark pavilion (a monumental building) is warm and cosy. It used to house the film museum which moved to the new EYE across the IJ in Amsterdam-Noord, but the venue -which was formerly known as Vertigo and is now renamed Vondel CS- still has a cultural destination with a radio studio (AVRO/TROS) and TV studio from the local TV station AT5.

The long space of the restaurant -with a fabulous marble floor- is nicely decorated and includes little corners with differently shaped tables and chairs, suspended bookends, design lamps, and a chesterfield couch. There is much more synergy with the elegant exterior than there was before, a good change after the extensive renovation. The venue reopened earlier this year in Spring, and I went there to see some of the soccer games with friends during the World Cup this Summer, but I did not fully check the restaurant yet so it was about time! 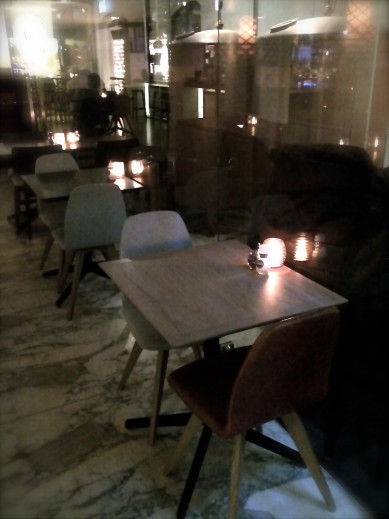 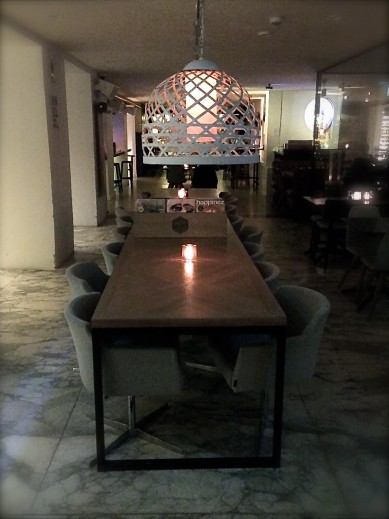 We were seated at a round table near the entrance, with view on the kitchen. The friendly staff directly brought us a bottle of water and took our orders. As a starter I had the Marinated Raw Mackerel from the North Sea with Beetroot, Beet leafs and Puffed Pearl Onions, and Sacha the Pumpkin Soup served with bread. I never had raw mackerel before, but it was nice and the sweetness of the beetroot matches well with the sourness of the marinade and saltiness of the fish. Sacha’s soup was well seasoned, though we couldn’t exactly find out which spice had been used. It tasted a little like cumin, but we were not sure and forgot to ask. 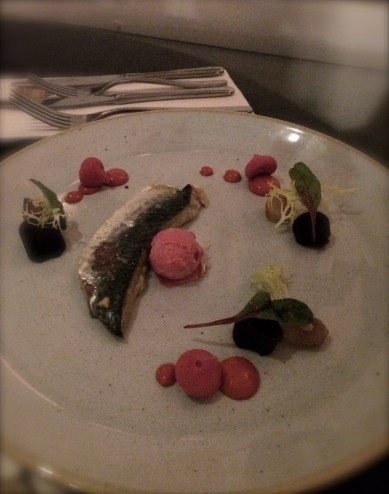 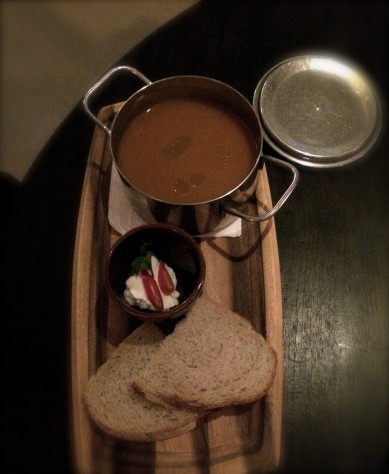 To honor the concept of New Dutch cuisine (#Nieuwhollands) we both chose a ‘stamppot’ as a main course (typical Dutch winter dish with mashed potato, one or more other vegetables and stewed meat and/or sausage.) I had the ‘Hutspot’ with sweet potato, carrot and onion, served with a stew of porc from Limburg and an apple syrup gravy. Sacha had the veggie version of the ‘Nieuwholland’: sweet potato with cabbage, spinach -usually a stew of beef but now replaced with a soy meat substitute-, red chili and ginger.
The dishes are served in a small tin pan, on a wooden cutting board which enhances the authentic feel. We both rarely eat ‘stamppotjes’ but these were so good I finished the whole pan! The cold outside was also helpful as these are winter dishes, though I think it’s mostly the twist in the dish that made it so tasty. I was a bit scared that the combo of sweet potato and carrot would be too sweet, especially with the apple syrup gravy, but it was delicious. 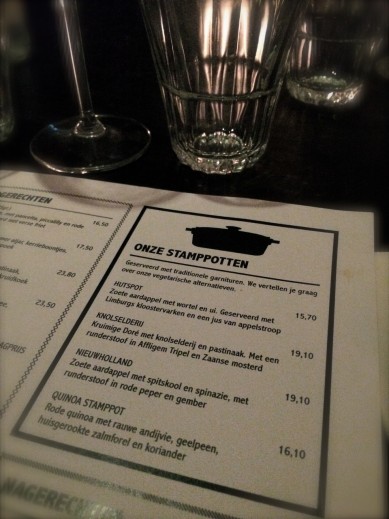 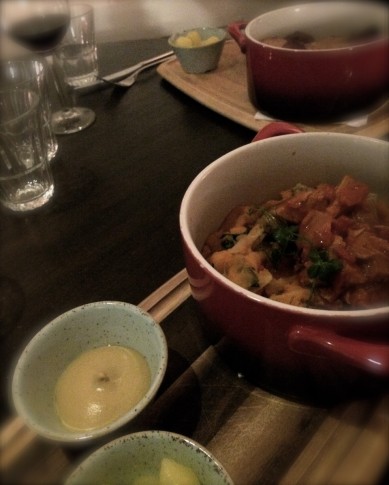 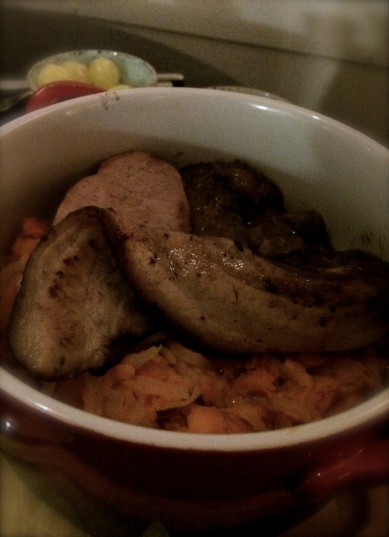 Quite satisfied after this copious meal I insisted on taking a dessert to complete the New Dutch cuisine experience. As you might have noticed my penchant for chocolate cake, it won’t come as a surprise that I opted for the Warm Chocolate Cake with VOC Spices and Advocaat (a sort of Egg Nogg) ice cream. It did have a hint of spices, but other than that it was the perfect dark chocolate ‘moeulleux’. Sacha’s dessert was the Dutch version of French toast -‘Wentelteefjes’- with sugared bread from Friesland and cinnamon ice cream. The portion was quite large, especially after the stamppot, but very nice as well. 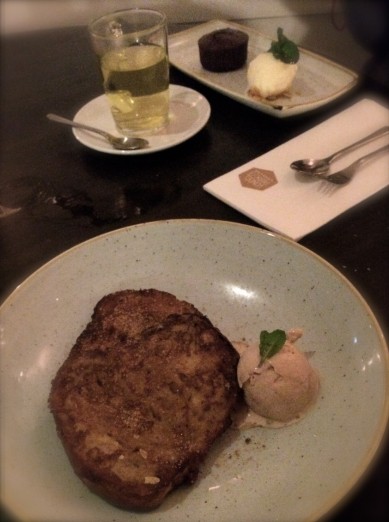 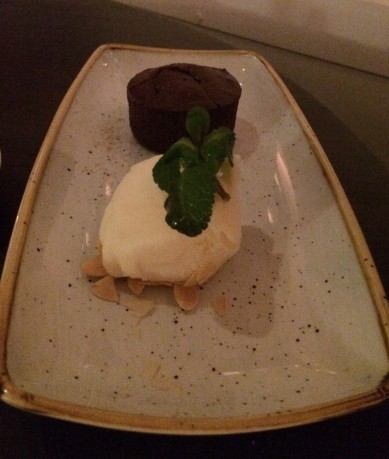 Wether you are a local or just visiting Amsterdam* and up for food inspired by traditional Dutch dishes, Vondelpark3 is a great spot. Not to mention they have one of the best (and biggest) terraces with view over the park when the sun pops out ;)

*Note: We don’t really do a rating of the restaurants we visit, as we only recommend the good places in our hometown or review places to go abroad during our trips. Our focus is on the quality of the food, the entourage and the experience.

Libraries and book shops -specifically the old one