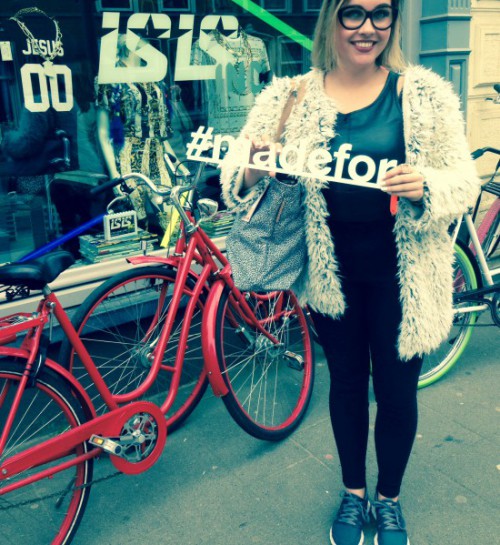 2014, the days of a thriving economy unfortunately are long gone. If anything, the phenomenon of fast food chains massively arising is a well-known one. Things got worse when the eruption of ‘fashion fast food’ started to conquer the greater deal of Dutch cities. Now what we have known for a long time is that Rotterdam is a city of innovation.

Being bombed in the Second World War and rebuilt shortly after – it offers a variety of intriguing and innovative architectural designs. The most recent addition to the list of buildings is the renewed Central Station. And on that very spot it all started on Friday, April 4. On the occasion of launching their newest ‘Aminimal bags’, Eastpak hosted a tour curated by Rotterdam locals, leading us towards some of the leading powerwomen Rotterdam houses. 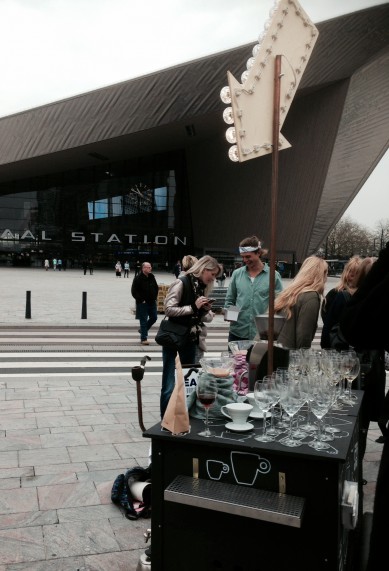 Armed with a huge pair of superfluous Fendi sunnies, I entered Rotterdam. Immediately I found our meeting spot and met our charming hosts; ms. Maureen Steenks of BackToBack PR and Tjeerd Hendriks, owner of Groos concept store. After enjoying some fresh brew coffee– served in wine glasses, may I add – we started the tour. After not-so-accidentally bumping in to a pop-up performance by the talented goddess Sevda Liza we arrived at our first stop: Rotterdam’s Central District. The Central District is an area breathing talent. Here, one should expect to find Rotterdam’s hidden treasures: urban platform HiphopHuis, the idiosyncratic bar BAR – where drinks are served and parties are held solely to the owners’ liking – and of course concept store Groos. The coolest thing about Rotterdam is that it houses so many talented people; concept store Groos is all about offering a platform for talented designers and artists and exploiting their products.

We were both pleased and surprised to find that despite the fact that many among us have been struck by the economic crisis, these Rotterdam entrepreneurs managed to survive and be successful. For local entrepreneurs to gain that goal of being successful, collaboration is needed. The entrepreneurs we’ve met have a no-nonsense mind-set of working hard and never giving up – and moreover; offering and allowing people the chance to growth and success. They don’t begrudge. They’re simply cunning and confident enough to manage.

So here’s a massive shout out to Aruna Vermeulen (HiphopHuis), Jetti Steffers (BAR), the guys behind Alfredo Gonzalez socks, Barrelproof & Bobby’s Gin, Isis Vaandrager of Isis Inc,  Sam Cruden of C.Cruden, hospitality entrepreneur Femke Snijders, Zelda Beauchampet ; owner of The Boyscouts, and of course Tjeerd Hendriks; owner of Groos Concept Store – you guys are the coolest kids in town! We admire your perseverance, value your passion and raise our glasses to your willingness to collaborate in harsh times like these.

At The Digitalistas, we’re quite fond of new experiences; we crave inspiration and aspire to be the early adopters of whatever trend we’ve spotted. No wonder I was pleased to find myself ending up at the Nhow hotel, designed by top notch Dutch architect Rem Koolhaas. In addition to the sights we saw, Dutch music platform ‘3voor12’ was present to officially open the Motel Mozaique music festival.  Curious to learn more about this inspiring two-day-festival? Find out more about the newest alternative pop music, the intriguing theatre performances, and state of the art performance art productions in this week’s edition of ‘Sweet Saturday Sounds’.

The Digitalistas would like to cordially thank Back to Back PR (Maureen Steenks), Concept Store GROOS (Tjeerd Hendriks), Nhow Hotel, Motel Mozaique & and most of all Eastpak for the magnificent experience. 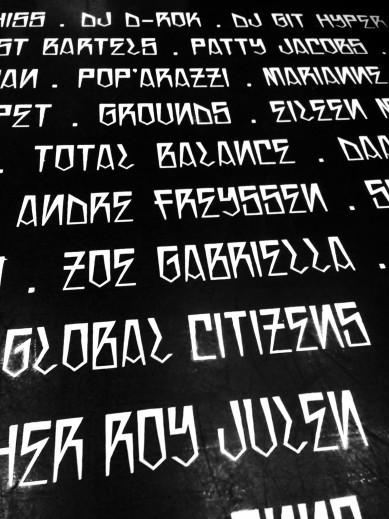 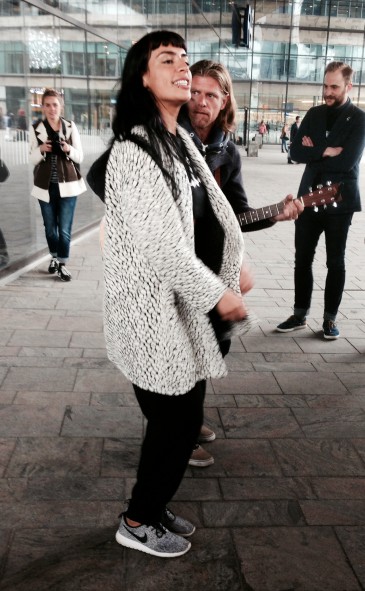 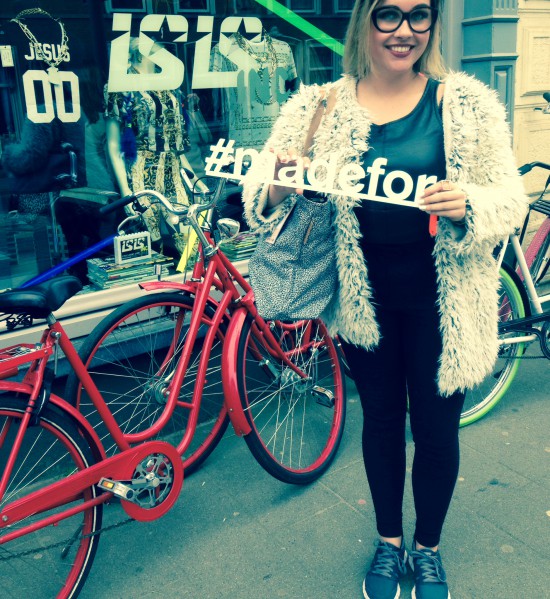