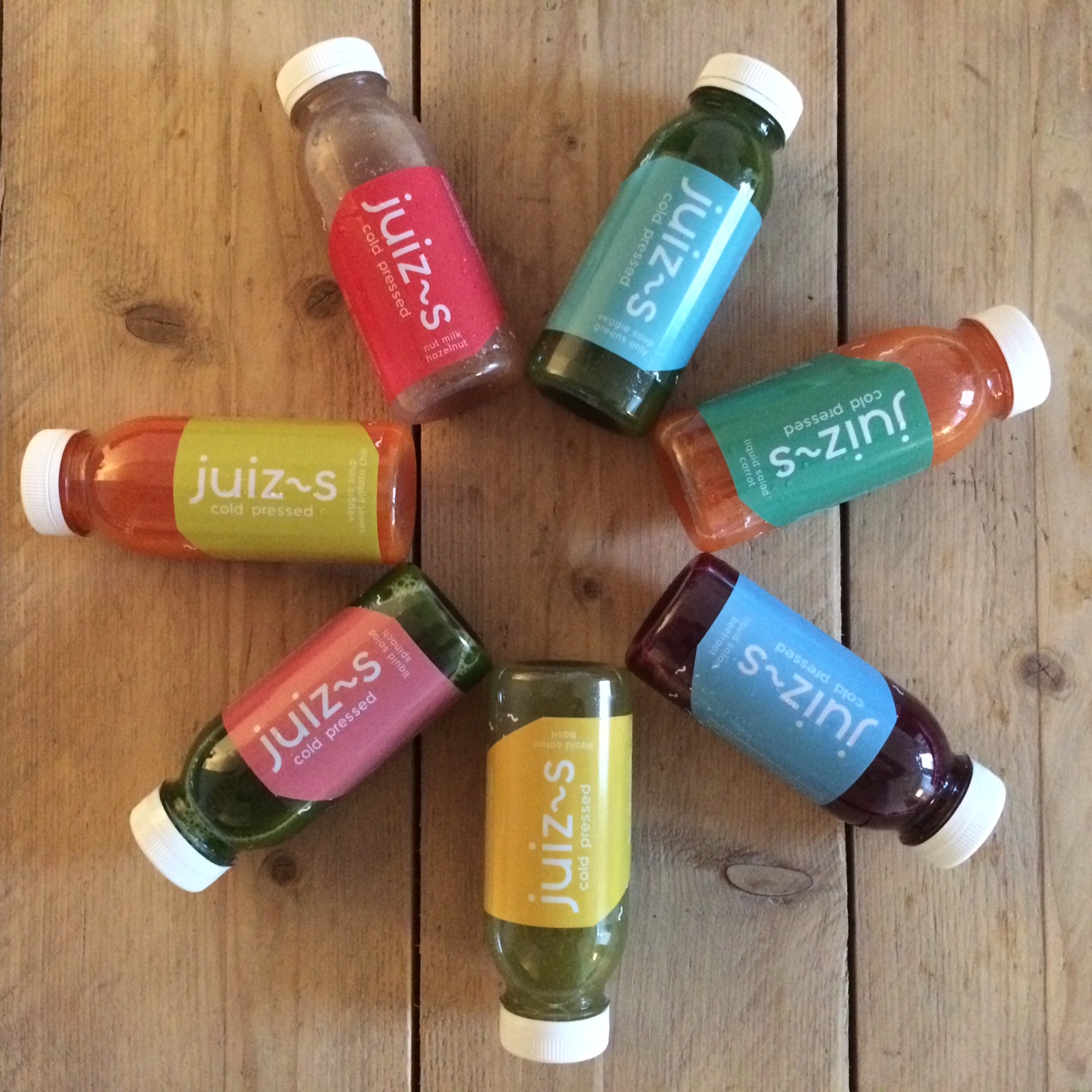 When I woke up on day two of my Juiz~s three-day cleanse, my headache was gone and I was feeling surprisingly alert. The morning passed smoothly with minimal food hallucinations.

Later that day I caught up with Sylvia van Alphen, owner of Juiz~s and health expert. She bought the business a little over a year ago and it has since been thriving.

“Our mission is to help people become healthier in an approachable, accessible way,” says van Alphen. “Sometimes the word ‘healthy’ also has very strict connotations associated with it, but we don’t want to be seen in that way. We don’t say you can never have a bitterball or a glass of wine from time to time, but we want to make it accessible and easy for you to have healthy choices as well.” 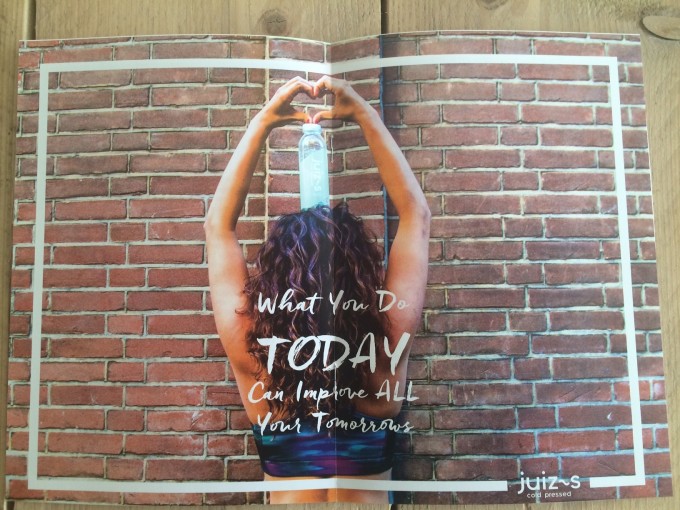 Van Alphen says most clients opt for the three-day cleanse, though the “juiz~s till dinner” plan is also gaining popularity. Either way, she says, cleansing will lead to increased consciousness about what, when and how you eat during the day, plus any food addictions you may have. It will make you more aware afterwards of how you can change your eating habits once the cleanse is finished.

One of the most important things to look for when picking a cleanse is that the juice is cold-pressed. The technique originally hails from Thailand but is now popular worldwide because it’s a healthier way to make juice. “When you use a blender or traditional juicer, the blades spin so fast that they create a lot of heat, and that’s damaging for the vitamins in the juice,” van Alphen explains. “In fact, they lose 60 to 80% of vitamins from the heat. Because we cold-press our juices, they are vitamin-packed, so you still get enough energy to get through the day. It’s normal to have some fatigue, but the cold-pressed technique keeps so much of the nutrients intact.” 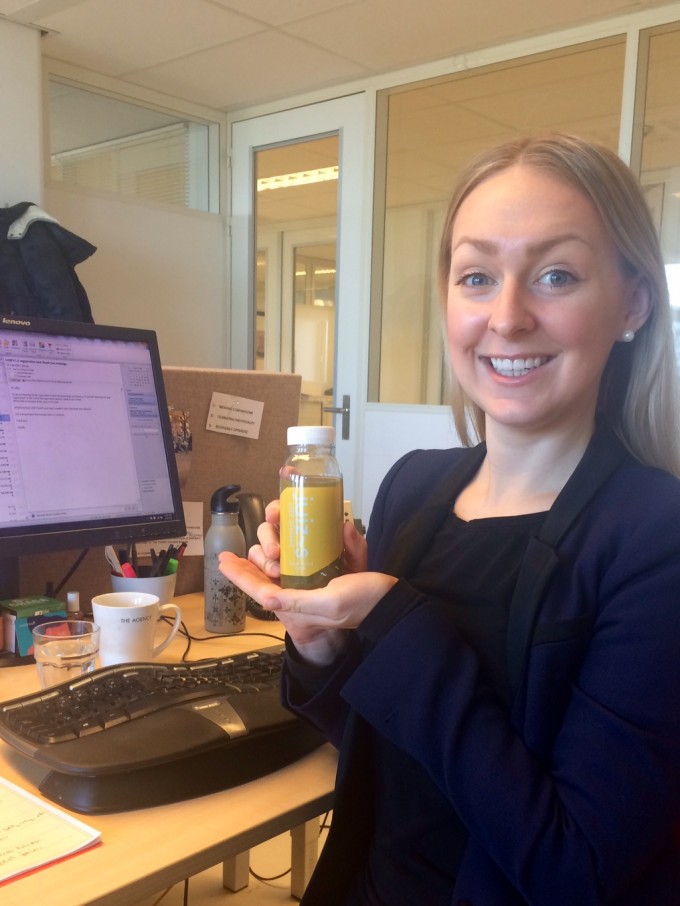 When it comes to the Juiz~s cleanse, you’ll have all the info you need on what to drink and when: the day begins with green juices, followed by beetroot, carrot, sweet potato and then another green juice before nut milk. Van Alphen says it’s planned out this way to offer your body maximum benefit. 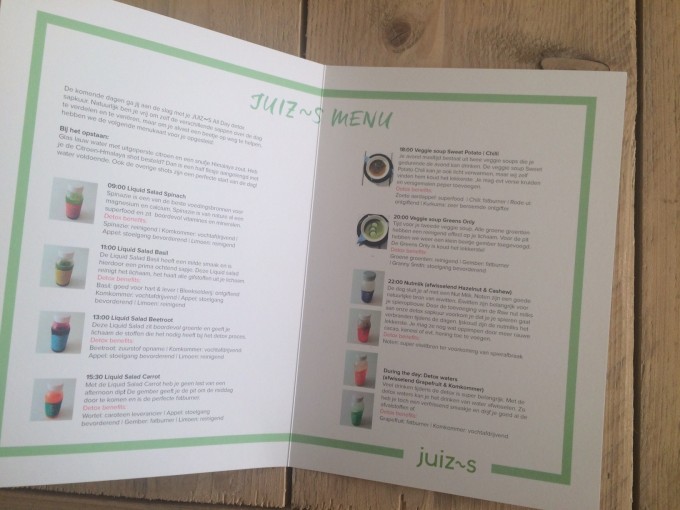 “It’s good to start your day with a green juice on an empty stomach, and then in afternoon we add ginger to give you an energy kick,” she says. “You have nut milk in the evening because it has more calories and is heavier, which gives you the feeling of being full. Proteins are very good for recovery, which your body will do while you sleep.”

By the end of day two I was feeling fine (albeit hungry) — but no headache to speak of. And after my cashew nut milk, I was very ready to head to bed …

Published in ALL ARTICLES, Beauty and Wellness