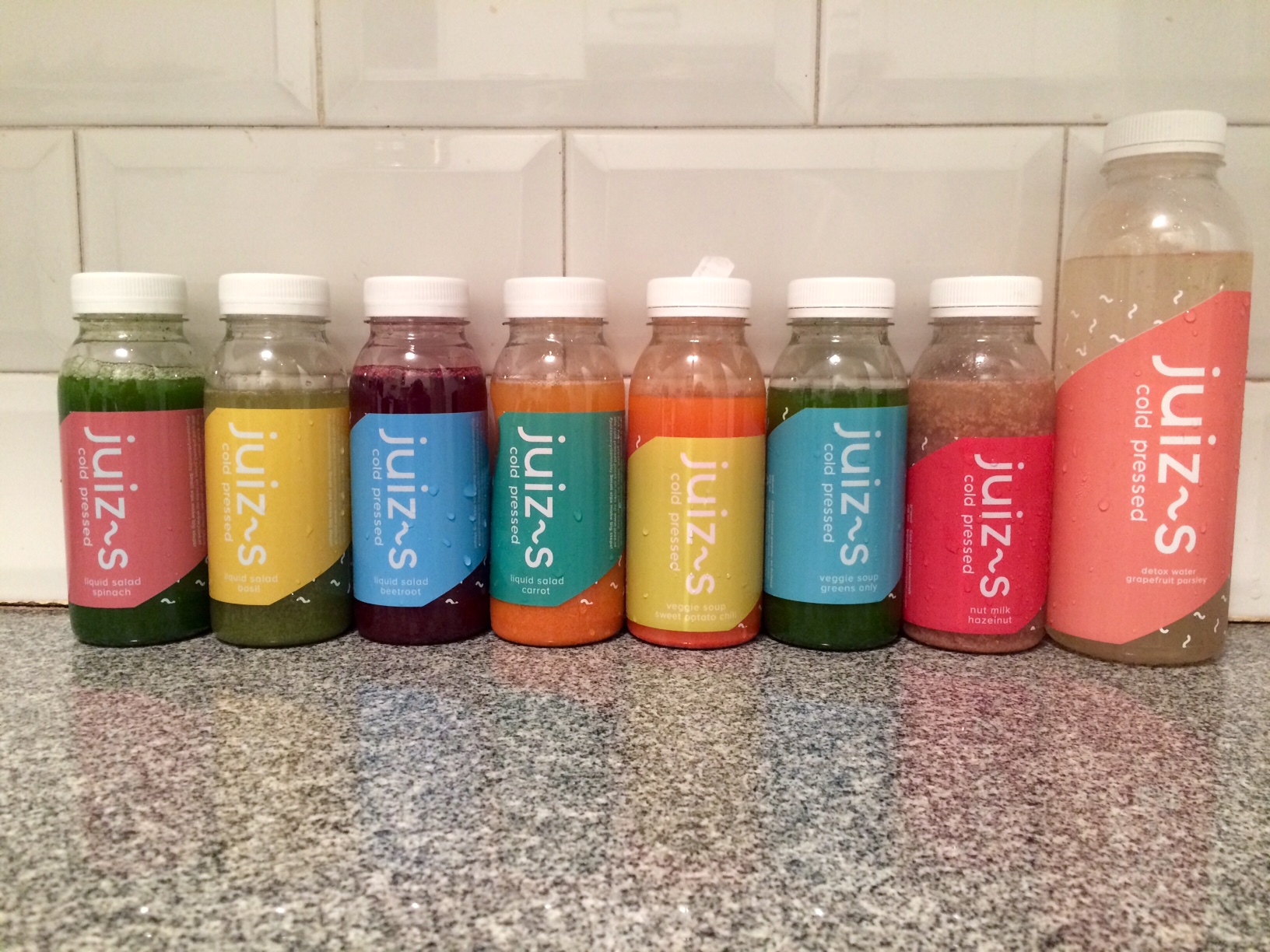 For most people, Monday mornings are a bit of a drag. But this Monday in particular I have been dreading more than others. I’m nervous and anxious but oddly excited at the same time, as my three-day juice cleanse with Juisz~s is beginning. 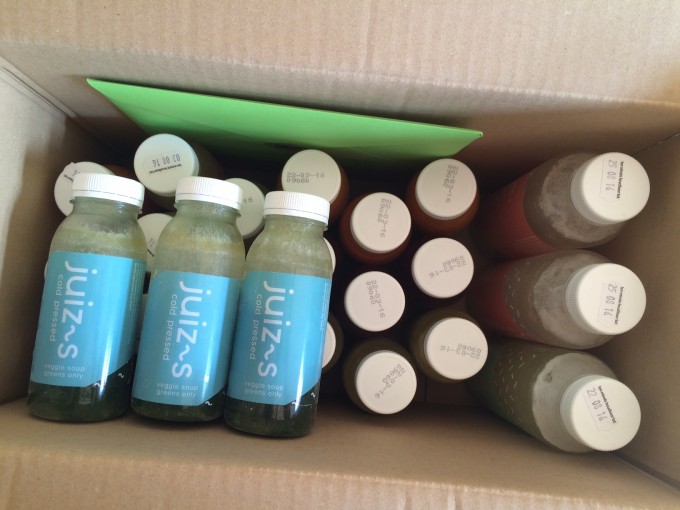 I discovered Juisz~s through a simple Google search and was immediately drawn in by their cute labeling, bright colors and cleanse program. Don’t be fooled: many people think a juice cleanse is about starving yourself, but in reality you’re still receiving plenty of sustenance through cold-pressed veggie and fruit juice. The cleanse will give your digestive system a break from processing heavy fats and proteins – plus whatever other processed foods you consume – and the toxins stored up will finally have an opportunity to be flushed out for good.

Did you know your body puts 80% of its total energy into digesting food? That’s why you feel like you need to sleep after a big meal! Only when your body is done digesting, it can start to heal itself – that’s the main objective of a cleanse. When you’re juicing, your organs (ie: kidneys, liver and gall bladder) can all get a well-deserved rest.

Juisz~s has numerous cleanse programs available but I opted for the three-day program. The juices were delivered on Saturday, conveniently pre-packaged and frozen on arrival, so you can just pop them in your fridge to thaw out. They come with all sorts of reading information and a menu on what to drink and when. 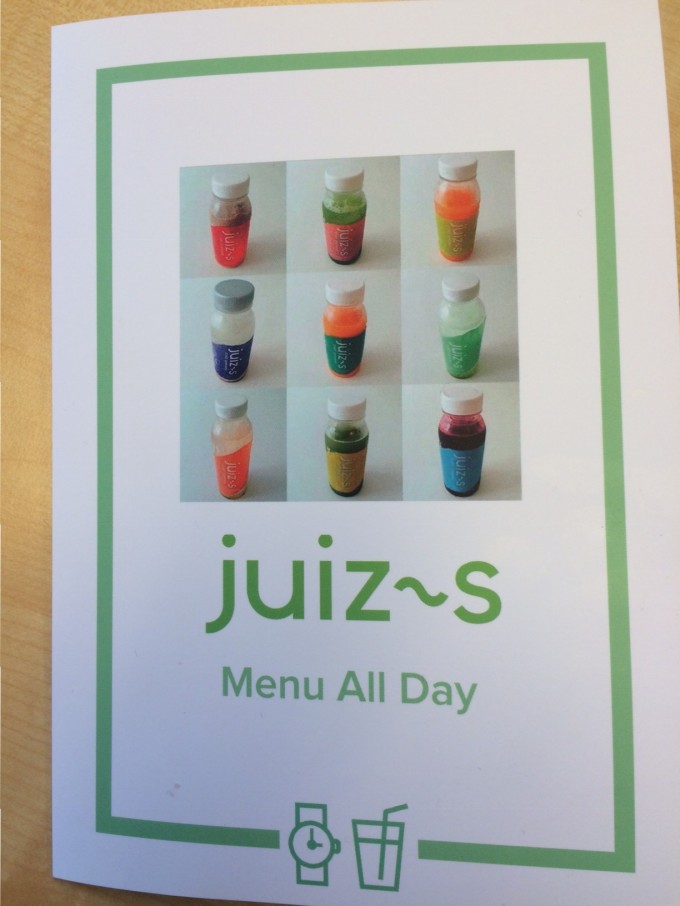 Monday morning began with warm lemon water before my “Liquid Spinach Salad” at 9:00. I’m a regular juice drinker so it was by no means a new flavor for me, and the spinach blend was a surprisingly fresh way to kick-start my day.

I made the decision to cleanse during the work week, to keep busy, and my colleagues were immediately asking me why I’m doing this. Aside from the fact I wouldn’t mind dropping a few pounds, I’ve been feeling slugging and bloated lately; it just felt like the right time to give my body a break and a cleanse. Plus the added benefits can’t hurt: think healthier skin, improved digestion, better awareness, clear eyes and overall wellbeing.

The Juisz~s three-program includes a “Liquid Basil Salad” at 11:00, a Liquid Beetroot Salad” at 1:00 and a “Liquid Carrot Salad” at 3:30. The morning was a breeze, but around 2:00 p.m. was when it started to hit. As predicted, I had a headache (no migraine, but slightly annoying) and felt tired – but it’s all a sign that the detox is starting to work! Then of course the hunger pains began. You’d think I had been fasting for weeks, but I swear I was hallucinating small pizzas circling around my eyes. Had I really signed up for this for THREE whole days?

At 6:00 p.m. I started with one of two soups for the evening: first was sweet potato and chili (fresh and tangy!) and at 8:00 p.m. I followed it up with the Greens Only veggie soup. Last in the evening was a nut milk (hazelnut or cashew, with a hint of cinnamon) which, at that point, felt like a dessert to end the day.

Exhausted and hungry (well, really hangry), I fell asleep by 9:30 p.m. I had no clue how I’d make it through the next two days!

Stay tuned for my recap of day two …

Published in ALL ARTICLES, Beauty and Wellness