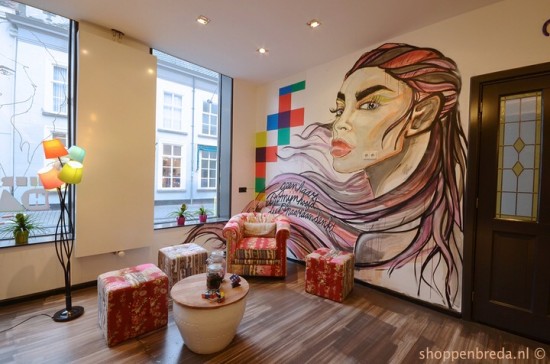 Being based in the capital, we tend to be very Amsterdam-oriented when discovering new hotspots. This spot however is based in a city rightfully referred to as ‘Pearl of the South’. Today’s ‘To Go’  is about hair salon Hier en Dhaar in Breda.

Over a year ago, hair artist Jeffrey Den Dikkenboer opened his southern hair salon. Located in the heart of the city centre, the artsy place is easy to find. We love living life in the lap of luxury, so the occasional hair treatment is definitely on our lists of things-to-do.

Even when we have to travel to do so. In the salon you find products by labels such as Kevin Murphy and NYCE. The latter of the two is oil-based hair dye which both colours and revitalizes your hair when you tap into experimenting with new hair colours. “You know, transparency is key” says Jeffrey, as he pours my future hair colour into a see-through bowl.

“What you see is what you get”. He tells me he gets fed up with all these salons filled with model’s pictures. “Honestly, you’d have to admit.. What are the odds of being able to get your hair done as it was on the picture after leaving the catwalk? My colleague (Stefan Hogenes) and I work differently here – we don’t put up with Photoshop-edited photos or over-styled haircuts.” I have to admit: he’s right. This is different. I left the salon a couple of days ago and after having redone hair myself, I don’t look different from when I left the salon.

Hier en Dhaar is all about realness. Real hair, real people, really well-cut hair. But of course, there is more. The coolest thing about this creative hub in town, is that concepts like Popronde have also been welcomed to host evenings in the salon. “We’ve had bands perform in a fully packed hair salon! Up until ten minutes prior to the start of the performances, I was in excited anticipation of the room to fill. Turned out to be packed. Haven’t ever seen the salon that crowded!” He says, smiling. 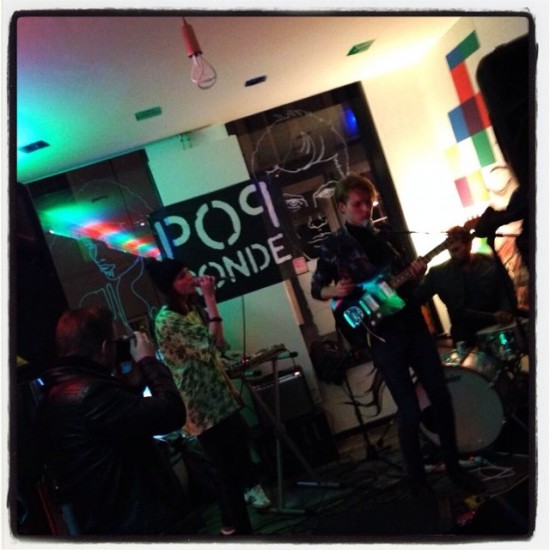 Last year, Jeffrey rebuilt the basement underneath his salon. In this room, Hier en Dhaar also hosts expositions of street artists about three to four times a year. The next edition will probably be somewhere in March. “Just having finished everything revolving around the Coiffure Awards, I can now focus on doing another exposition”. 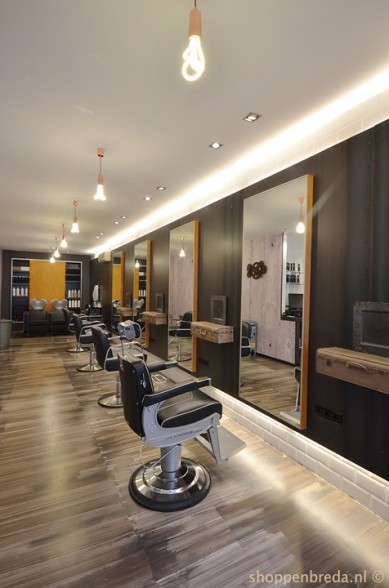 Published in Beauty, Hotspots and Lifestyle