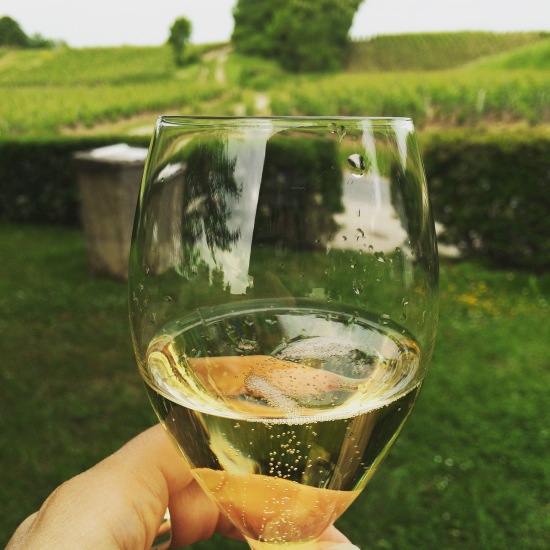 Say the words champagne and a trip, and off we go. That’s exactly what happened when we were invited to go to Reims, courtesy of Piper-Heidsieck. We jumped on that train within a blink of an eye.

It’s not the first time we were visiting a champagne house in the Reims area, but it’s always interesting to see how they vary. Even if the process of champagne making is similar, it is the brand experience which makes each champagne house different. 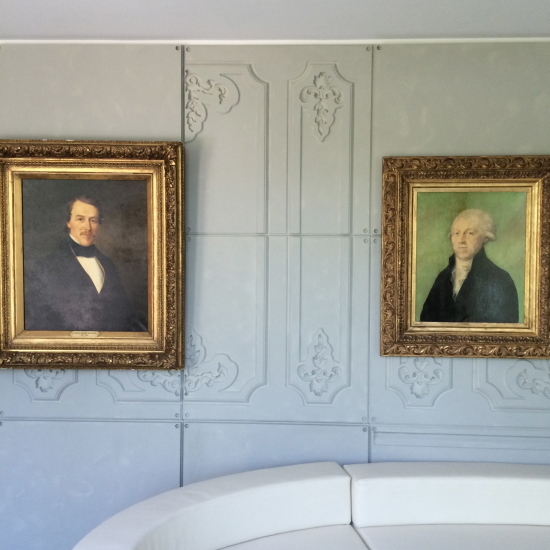 To impress the Queen

Piper Heidsieck was founded in 1785 by Florens-Louis Heidsieck -the son of a Westphalian minister- who ended up in Reims as a draper. He fell in love with a girl from Champagne, and without any experience he decided to ‘make a cuvée worthy of a queen’. His passion and ambition led him to found Heidsieck & Co -a Cloth and Wine Trading company- and eventually present his wine to Queen Marie-Antoinette.

Champagne for the stars

Perhaps it was this unbounded ambition which made the Piper-Heidsieck champagne so coveted by royals and Hollywood celebrities. The house has supported numerous film festivals from Venice to Tokyo to…Cannes – for which Piper-Heidsieck has been the official supplier since 1993. Its credibility as champagne for the stars had been confirmed way back in the 1950’s by the iconic Marilyn Monroe who proclaimed to ‘wake up to a glass of Piper- Heidsieck’. 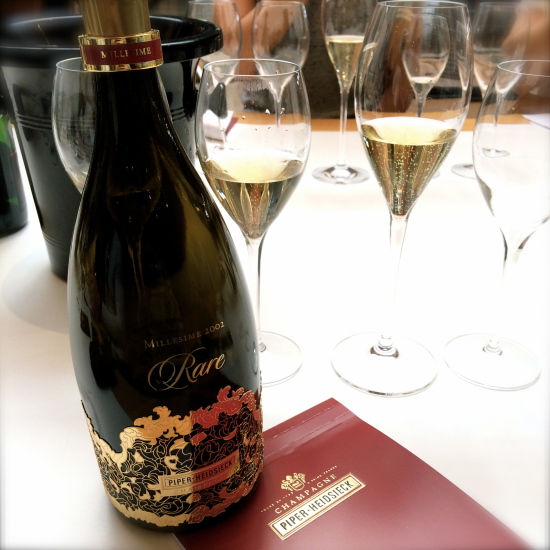 Piper-Heidsieck has had a close affinity with style since 1885. For its one century of existence the house commissioned Pierre-Karl Fabergé -jeweller to Alexander III, Tsar of Russia- to design a bottle in diamonds, gold and lapis lazuli. A hundred years later it was the turn of van Cleef & Arpels to create a bicentennial bottle with diamonds and gold. Fashion became a feature in 1999 when Jean-Paul Gaultier ‘dressed’ the bottle in a red vinyl corset with delicate lace detailing on its curves, and followed by Christian Louboutin’s ‘Le Rituel’ and Viktor & Rolf’s upside down design for the Rosé Sauvage.The Piper-Heidsieck HQ is considered one of the most contemporary buildings of the Champagne wine-growing region: a reflection of the sky through a pixelated mesh, hinting at fizzy bubbles and designed by architect Jacques Ferrier. 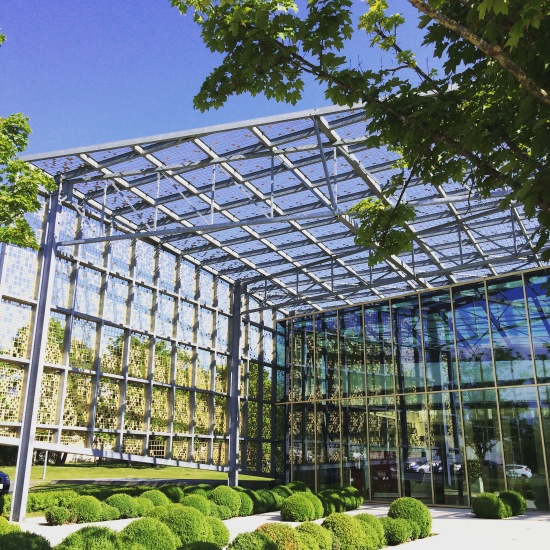 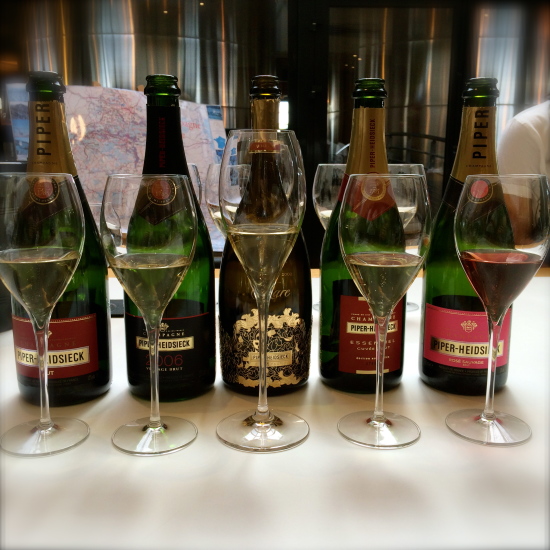 It’s not just about the appearance, the content of the bottles is of utmost importance. To maintain the quality of the champagne a chef de caves is appointed. At Piper Heidsieck it is Régis Camus who fulfills this role. He celebrated his 20th anniversary as the house’s Cellar Master in 2014, and has earned the highest distinction at the International Wine Challenge’s Awards Dinner for eight times already. Camus strives “To create and elaborate the PIPER-HEIDSIECK non-vintage Cuvée Brut, which represents the style and the identity of the House… the aim is to ensure this Cuvée has the same quality each year”. We had the pleasure to do the champagne tasting with Régis. A friendly figure who takes his work seriously but also likes to joke around a little. 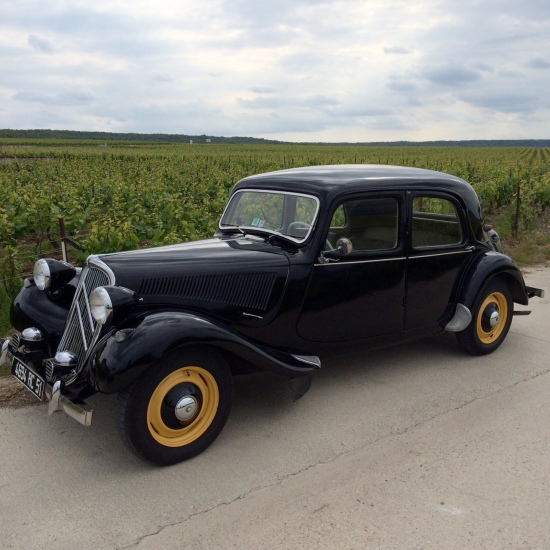 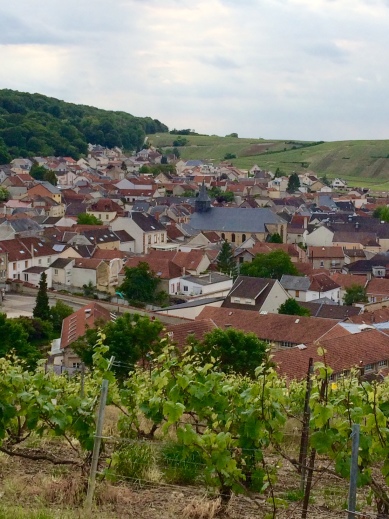 From grape to bubbly gold

The selection of the grapes is where it all starts. For the Maison’s signature Brut Cuvée, a full wine, up to 100 crus are carefully gathered, chosen amongst the the best of Champagne’s wide range of grape varieties: 55 to 60% of Pinot Noir for the structure, 10 to 15% of Chardonnay to add elegance, and 15 to 20% of Pinot Meunier to expand the blend with fruitiness. Then precious reserve wines correct any vagaries of nature, balance out the current harvest wines, and perpetuate the quality of the signature non-vintage champagne.
To experience the champagne’s sense of style and quality to the fullest we were driven to the vineyards in oldtimers. A short stop at a picknick table in the midst of the vineyards was made for the apéro. We stayed at the luxe and design Hôtel de la Paix in the city centre of Reims and had dinner at Restaurant & Bistro Gastronomique Au Petit Comptoir.

Quality champagne should always be paired with quality food, and they sure got that covered at Piper-Heidsieck. The lunch served to us the next day at the champagne house’s headquarters was star quality! We’re still dreaming about the dessert. How could something so simple as fresh strawberries and clotted cream in a meringue cup taste so good?! 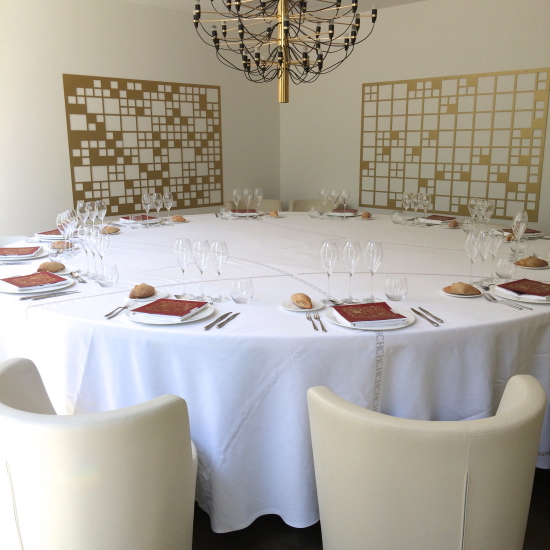 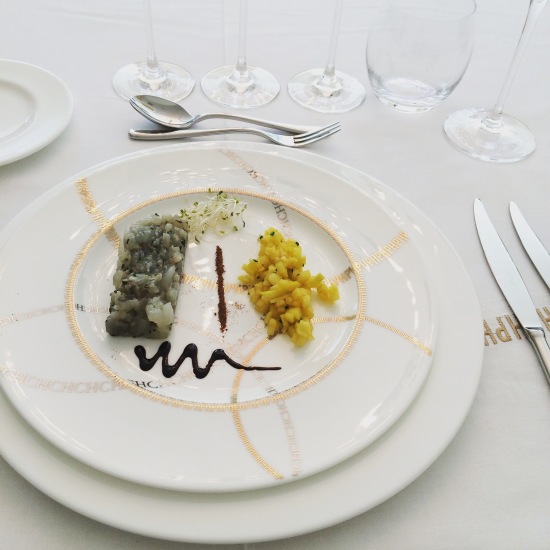 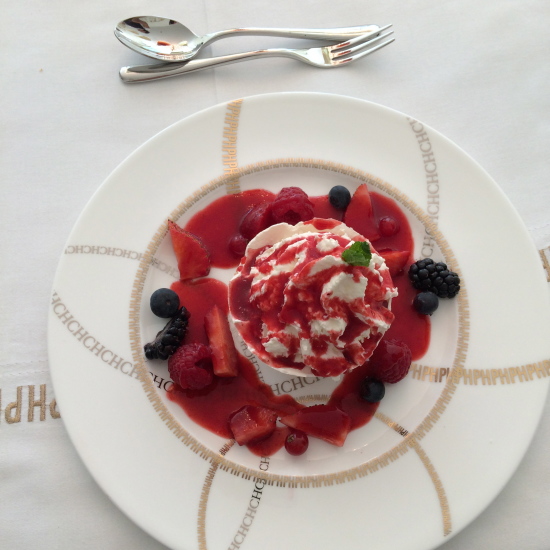