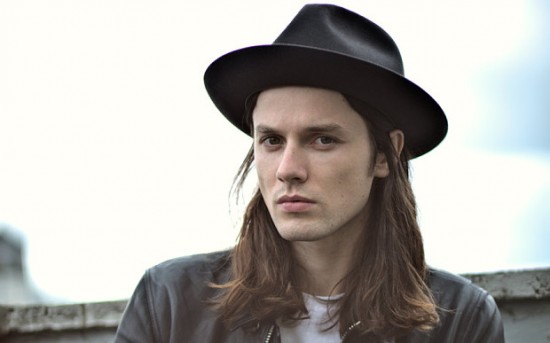 So we have a penchant for singer/songwriters and especially guitar music of the alternative rock genre. Though not all artists in this genre can win us over. It’s like love at first ‘sound’; but once we’re struck, we’re stuck.

This happened with James Bay. After hearing his hit song ‘Hold Back The River’, we knew this lad had more gems we would want to listen to.

With his folky songs and modern cowboy-ish looks he might fool you to think he’s from the America’s midwest, but he’s a Brit from Hitchin, Hertfordshire. at 11 he grabbed a guitar, inspired by Eric Clapton’s ‘Layla’ and learned how to master the instrument with the help of Youtube-vids.

James attended the Brighton Institute of Modern Music where he broadened his music knowledge and took on the open mic nights: “That taught me a lot about writing and performing on my own and trying to hold my own”, he says in an interview with the Telegraph.

His influences are varied, but it comes down to soul and rock ‘n roll. One of his personal highlights was to be named on the same bill as The Rolling Stones in Hyde Park, but he stays humble when one compares him to Paolo Nutini or Ray LaMontagne.
We don’t think Bay should be compared to anything. Of course, he has his influences, like most musicians, but it doesn’t do justice to his singer/songwriter talents.

Watch these videos and you’ll know what we mean:

And a short interview for Vevo DSCVR:

James Bay is named for the Critic’s Choice Awards at the 2015 Brit awards, and he performs at the Eurosonic/Noorderslag popfestival in the Netherlands this weekend, THE European showcase festival. He released his firt EP ‘The Dark of The Morning’ last year, and his album ‘Chaos and the Calm’ is about to come out soon.

More info about James and his gigs can be found on his website.