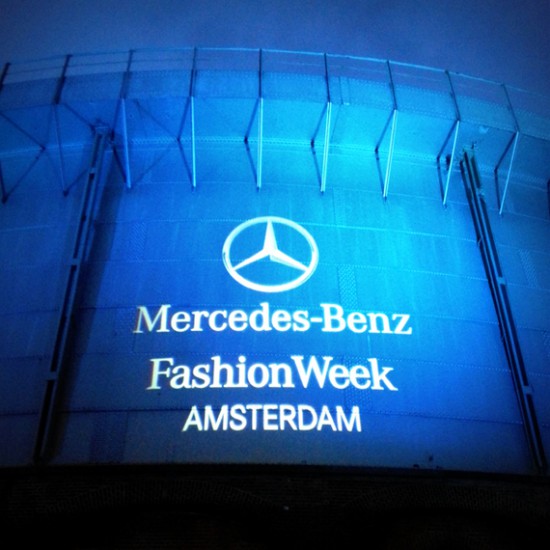 Aside from our reports about the MBFWA, we hereby want to share some videos of shows that are worth having a look at.

Italian designer L. Rousseau and the Dutch twin sisters from Spijkers & Spijkers offered wearable pieces. L.Rousseau’s collection can be described as ‘a dialogue between tradition and innovation, emphasizing an assertive and contemporary femininity.’

The SIS by Spijkers and Spijkers collection was entitled ‘Around the world in a day’ and was inspired by Jules Verne’s novel. Printed skirts and dresses mixed with comfy merino wool and mohair jumpers and cardi’s, but also graphic prints on T-shirts and sweatshirts.

Designer Aziz Bekkaoui made his comeback during the MBFWA after ten years of catwalk absence. A mix of urban subcultures, military influences and a touch of couture with the use of lace and other embellishments. Both man and women embodied Bekkaoui’s vision for A/W 14 on the catwalk.

The two last designers are on the rise on the couture path. Dennis Diem can be considered a contemporary version of John Galliano, with his fascination of corsets and the female body. Big love for his sleek silk slipdresses; classy yet seductive. Supporting his dreamy collection ‘Opium Dream’ is this poem by Arthur Symons (1865-1945)

The Opium Smoker
I am engulfed, and drown deliciously .
Soft music like a perfume, and sweet light
Golden with audible odours exquisite,
Swathe me with cerements for eternity .
Time is no more, I pause and yet I flee.
A million ages wrap me round with night.
I drain a million ages of delight .
I hold the future in my memory.

Edwin Oudshoorn deserves an applause for the meticulous execution of this collection. Shouldn’t he be presenting this during Paris Couture Week?
Beautiful couture gowns in various lengths -his creations always contain a sense of history- presented in what he called himself ‘an artificial paradise’. No plain catwalk presentation, but an improvised wood to underline the theme.

Published in Fashion and Video