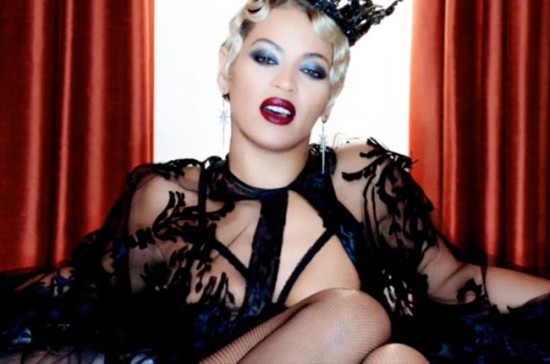 This couldn’t have passed unnoticed since it was buzzing all over the net yesterday: Beyoncé’s new self-titled album. Released on iTunes without previous warning.

We gotta hand it to ya, B, we like the unconventional. No PR rollercoaster to announce this 5th album was coming, but just release it and go viral! The 30 second teaser videos to the 14 songs (plus 3 extra) are quite helpful though. In this ‘visual’ focused era it works like a charm to have the half a minute soundbites accompanied by B’s sexy glance. Beyoncé says: “I see music. It’s more than just what I hear. When I’m connected to something, I immediately see a visual or a series of images that are tied to a feeling or an emotion, a memory from my childhood, thoughts about life, my dreams or my fantasies. And they’re all connected to the music.”

Now what about the album? She’s not one of the world’s biggest stars for nothing, so you can expect it to be of a certain quality. Having a hotshot producer as a hubby doesn’t add anything to the fact that it is Beyoncé’s voice and talent doing most of the work. Collaborating with other artists in the likes of Drake or Frank Ocean doesn’t hurt either, though this is probably B’s most personal record up until now; the way she released it, the lyrics, the sultry moves directed to Jay-Z in some of the teasers (see above)… even daughter Blue Ivy got to do a little backing vocal. Not sure what The Guardian means by ‘a brilliantly strange record’, because it’s still very Beyoncé. Just wrapped (and unwrapped) in a 3.0 version.