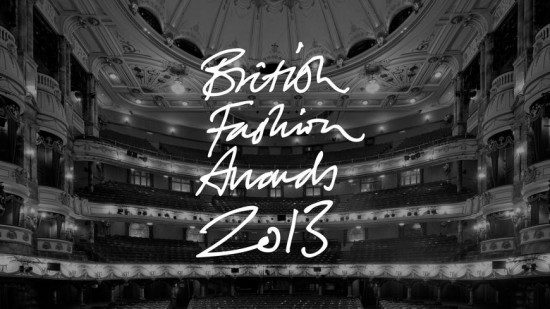 Want to have a glimpse of the action that happened during the BFA’s last night in ‘moving image’? Check the videoplayer below and enjoy!

Who were the nominees and who are the winners of the 2013 British Fashion Awards?

ACCESSORY DESIGNER OF THE YEAR

Gives recognition to a British designer who is creating global awareness of their designs in the media.
Nominees: Antonio Berardi, Erdem, Victoria Beckham
WINNER: Erdem

MODEL OF THE YEAR AWARD (UNISEX)

A British model who has contributed most to the international fashion scene in the past year.
Nominees: Cara Delevingne, Edie Campbell, Sam Rollinson
WINNER: Edie Campbell

BRAND OF THE YEAR

A leading British based designer brand that has excelled and made an impact on the international stage over the past year with multiple stores, integrated manufacturing, dynamic campaigns and an e-commerce platform.
Nominees: Alexander McQueen, Burberry, Victoria Beckham
WINNER: Burberry

INTERNATIONAL DESIGNER OF THE YEAR

MENSWEAR DESIGNER OF THE YEAR

WOMENSWEAR DESIGNER OF THE YEAR

As we also mentioned in an article about Kate Moss yesterday, the topmodel received a Special Recognition Award: ‘acknowledged for her 25-year long career and continued influence on the fashion industry as the fashion icon of her generation.’

For the One Direction fans among us; Harry Styles received the British Style Award from three-times-in-a-row winner Alexa Chung.

Published in Events, Fashion and Video