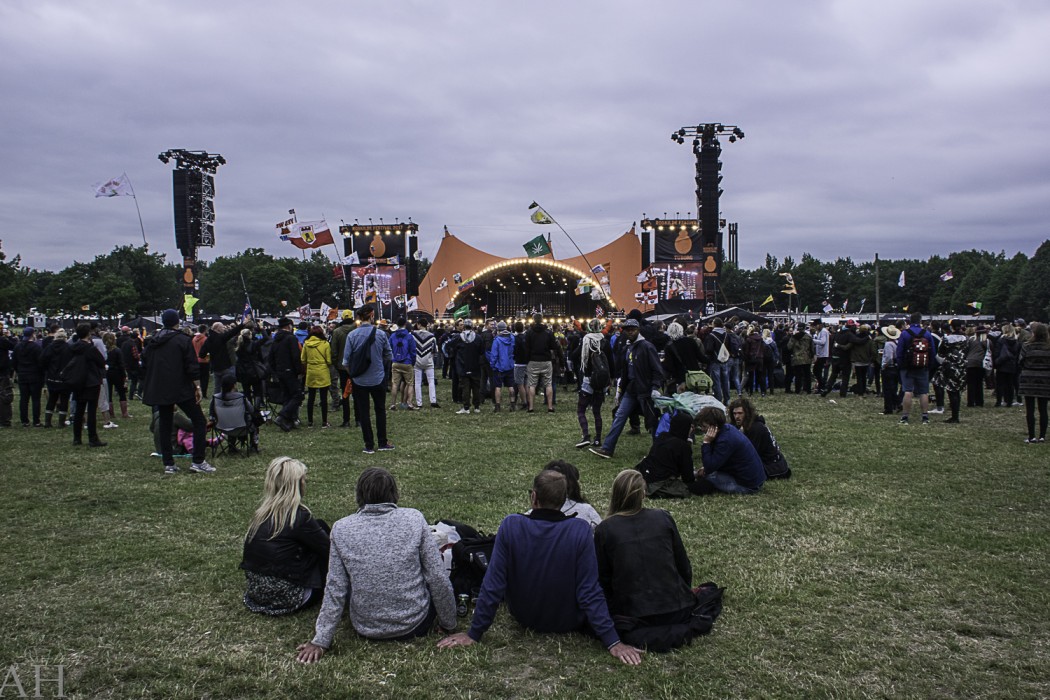 Rock on at Roskilde Festival

No Justin Bieber with his posse of screaming teenage girls at Roskilde Festival, but the Foo Fighters, The Weeknd and Rag ‘N’ Bone Man. These are just a couple of names from the line up that performed at the enormous music- and culture festival in Denmark. During those eight days Roskilde Festival is the fourth largest city in Denmark, but when it comes to fun and creativity it is the number one!

Different people told me that Roskilde Festival was ‘great’ and that the atmosphere was simply ‘amazing’. The ‘Orange feeling’ is a phrase that you hear all over the festival. It refers to the largest stage and the feeling that you experience when you’re standing in the audience at the Orange stage: a feeling of euphoria and a sense of helping each other. So, I was ready: for the first time in ages I was going camping again. There it was, at the ‘restricted international press section’: my personal orange tent including sleeping bag and pillow. I must admit that #RF17 was truly an experience and I understand why Roskilde Festival is labeled as one of the most fun and awesome festivals of Europe.

Solidarity and creativity
Although Roskilde Festival is an eight days festival, most people arrive the last four days, because that is when the performances take place on the six different stages. Central during the festival’s first days, is the creation of communities: about 15.000 people enter one of the camp sites to build something; it is all about creating things, hanging out and getting to know people from all around the world. Creativity and a sense of connection characterizes these communities. Talking about solidarity; I have never seen so many man urinating at a festival. They were literally everywhere!

Music and the Orange Feeling
Together with the rest of the international (press) photographers I attended the last four days, when the real music festival takes place. Just to name a few of the artists that performed this year: Foo Fighters, The Weeknd, NAS, Rag ‘N’ Bone Man, Erasure, Lorde and Solange (Beyonce’s younger sister). Big names like The Foo Fighters, NAS and The Weeknd had the honor to perform on the Orange Stage, while the lesser famous artists like Erasure, Solange and Lorde entertained the audience at the Arena stage. Rag ‘N’ Bone Man (a performance I really looked forward to and who did not disappoint) had to content himself with the Avalon Stage (for now). I had access to all the pits and concerts, including the Foo Fighters, The Weeknd and Solange, but there are always artists who show some diva behavior and demand restrictions an hour before performing. So, the one moment you’re on the list …and the next you’re not. Eventually no pit access to The Weeknd and Solange, but I was there for the Foo Fighters! Rock on! There were, of course, restrictions which meant that we could not photograph from the pit, but had to move —under assistance— to a zone 15 meters from the stage in the middle of the audience. We had to wear a green fluorescent vest and no tripods or bags were allowed.  The audience’s excitement, anticipation and tension were palpable. I loved it!

Of course you have to go and see the lesser known artists, if not only for the expansion of your musical vocabulary, but also how cool is it to say at a social gathering: “I have seen them perform at Roskilde before they became famous?!”

Very remarkable was the excessive use of smoke during the act of Jesus and Mary Chain. Some photographers joked that it was to hide the fact that he was not the real singer. You know what they say: “There’s no smoke without…” 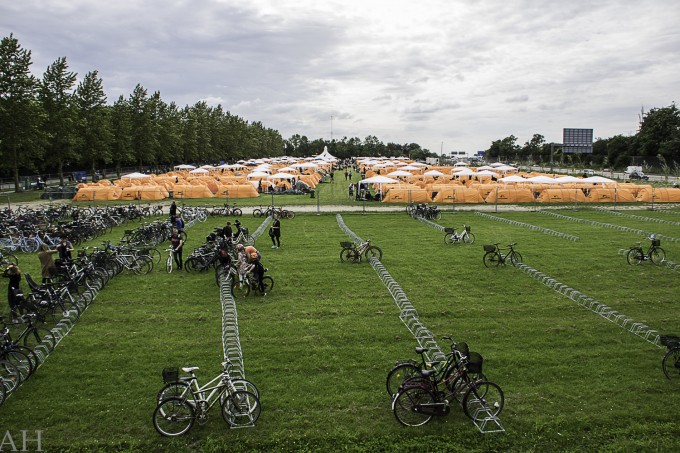 Art(s) and culture
Aside from the music, there is so much more to see and do at Roskilde festival. Art Zone is a part of the festival where you can enjoy a variety of projects. The same goes for Rising Village — the spot for environmental issues, up and coming artists, but also lectures about equality. For acrobatic stunts by skaters and soccer, volleyball and basketball matches you have to be at Street City. New this year was KlubRå; a club for progressive art and music. Want to enjoy some masculine or feminine beauty? Go and watch the Naked Run. It takes place twice and both men and women run stark naked — wearing shoes — for the first prize: a free ticket for next year’s festival. If not for the pulled muscle…I would not have joined them anyway ;)

Eating, drinking and eating some more
Talk about excesses. Food. There was lots of food. Aside from the countless booths there was an indoor food court: both sides of the hall were decorated with food stands, with in the middle huge wooden tables where people could sit and eat. There was food for all the different taste buds: Danish tapas, pizza, cricket pesto (yes, really) and falafel. I have even been told that there was beer that tasted like ‘smoked sausage’. I opted for a pineapple smoothie with a side of coconut dream cake. Delicious! What I truly loved was the Danish rib sandwich with red cabbage and pickle. 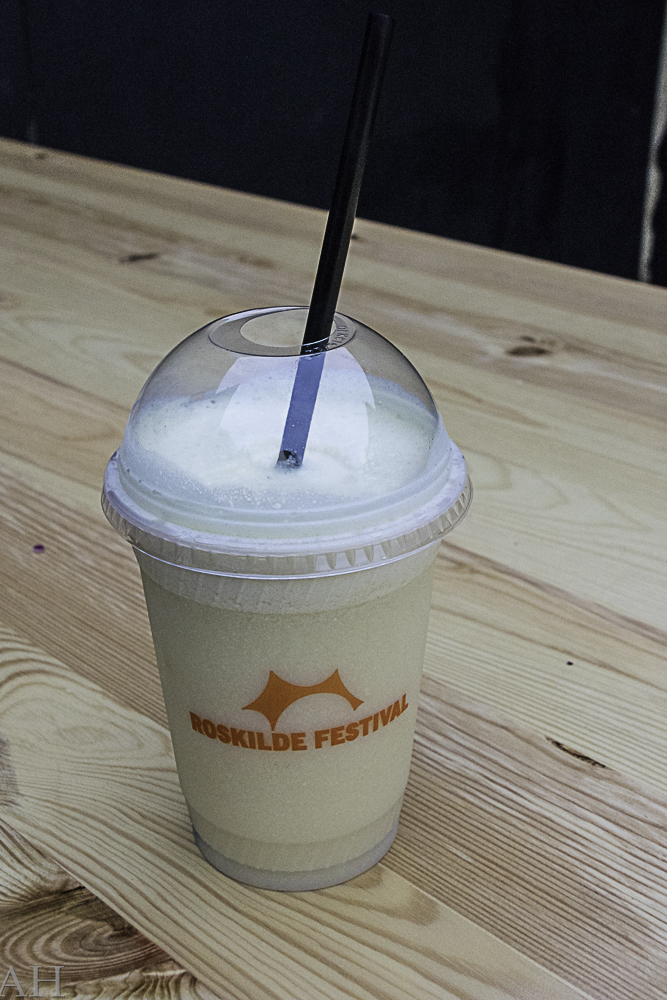 Non- profit and sustainable
If you’re attending Roskilde Festival, you are not just enjoying yourself, but you are also giving back to the world. The festival is non- profit; it donates all its profits to several good causes. Furthermore, the festival’s aim is to be as sustainble as it can be. This year they reached the 90% mark. This was also achieved by educating booth holders with the help of (cooking) courses and using ecological material. Sustainability is key. 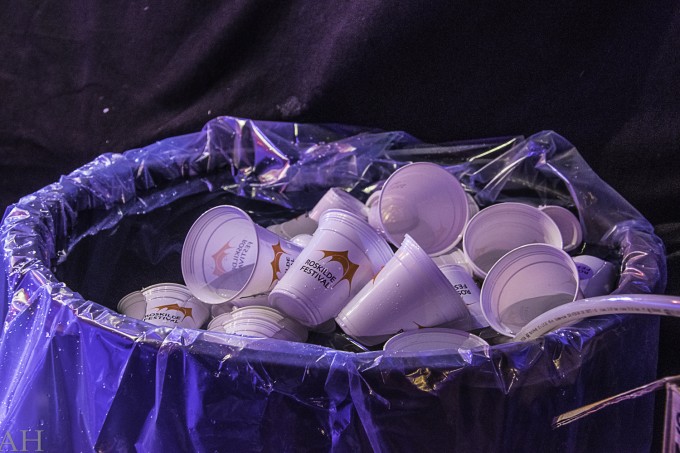 Roskilde is one of those festivals you need to experience, so mark your calendar for next year: 30th of June till 7th of July 2018. Have fun and enjoy the Orange Feeling!