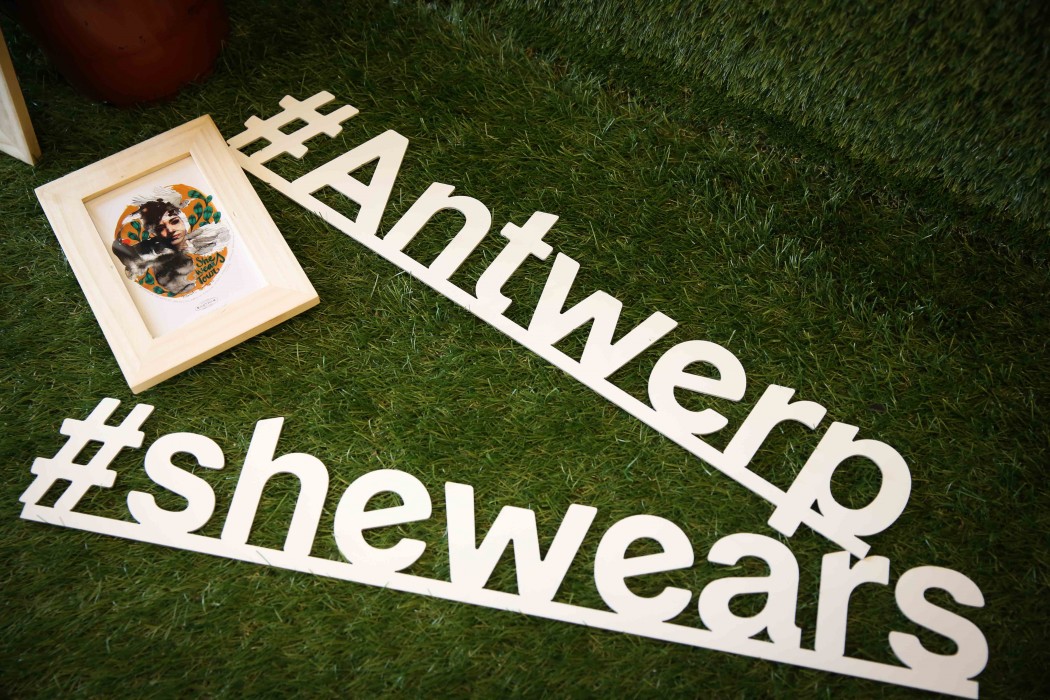 Who run the world (or Antwerp in this case)? Girls!

Am I a feminist? Not necessarily. I do believe we have super powers though. Ha!

No, just kidding. It’s just that I think we should embrace our womanhood. As we did on March 8th, International Women’s Day. Eastpak invited us to join them on a tour through Antwerp, during which we’d meet inspiring entrepreneurial women, all active in different work fields. 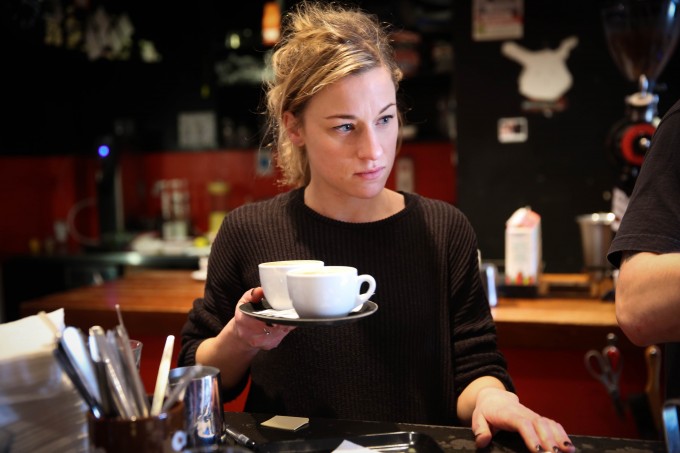 At Antwerp Central Station (in my opinion an architectural beauty), we were awaited by supergirl, Caffènation barista and mother of two, Joke de Koninck. She was going to lead the chick pack on bicycles and show us the city through her eyes, and the eyes of these powerladies: 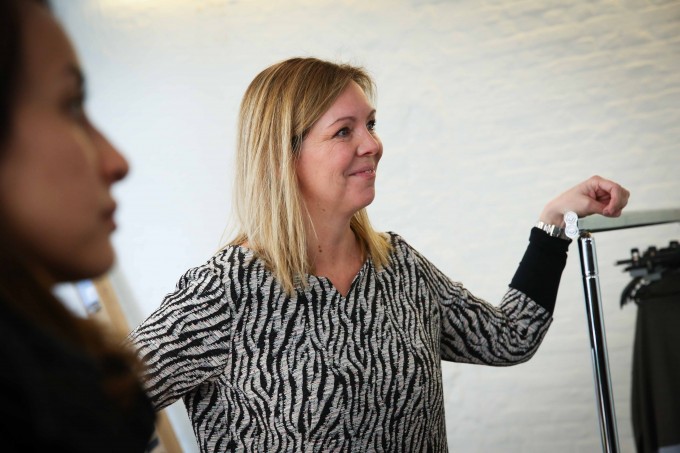 Natalie Vleeshouwer
We had to get our engines started with a cup of bad ass coffee. The sign outside Caffènation couldn’t have put it better: ‘Every day is women’s day’. All fueled and geared up with bags from Eastpak’s latest SHE WEARS collection we commenced the journey at Antwerpian designer Natalie Vleeschouwer. She has built a steady brand since launching the first maternity label Fragile in Belgium about 20 years ago. Now her label has grown and she houses Fragile and her namesake label under one roof at the Kammenstraat. Natalie’s signature style is mainly comfortable, with interesting twists in patterns and fabrics: “A beautiful dress is more than my cocoon, it’s my instant feel good remedy.” 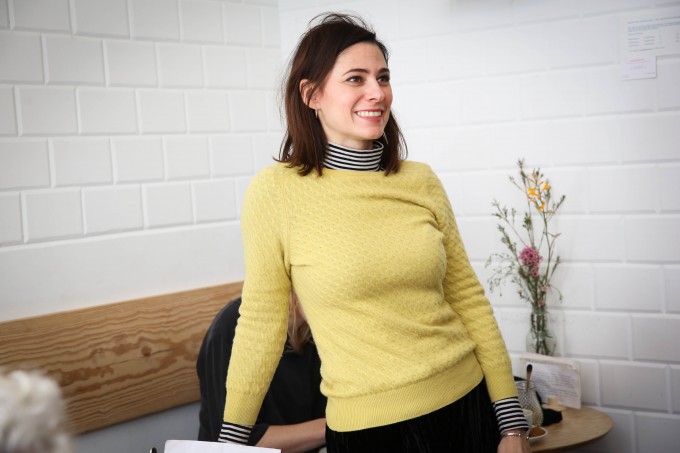 Kim Hertogs
Do you ever wonder what it would be like to have more lives than one to be able to realize all your creative ideas? It’s what actress Kim Hertogs wondered about many times. Yet, the creative jack-of-all-trades was able to capture her passion for literature in the charming Buchbar. A place where books take the centre stage, whilst enjoying coffee and a bite on the side. Another thing Kim questioned, was why great female writers often stand in the shadow of their male competitors? So she wrote an article about that on Charliemag (which she read out to us), and included her favorites list of books by female authors. 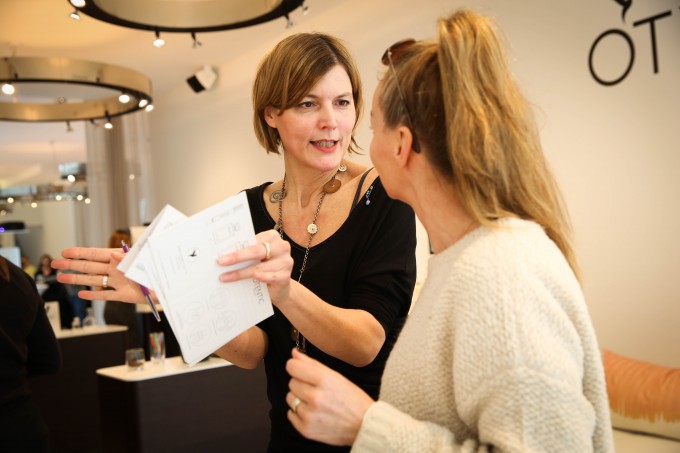 Myriam Nussbaum
Just around the corner, we were lured in a boutique of fragrances. Not the usual perfumery, but a concept store set up, divided in different fragrance ‘moods’, all boasting the same name: Otentic. This is the brainchild of Myriam Nussbaum, al lady who aims to change the face of perfume making: “Otentic believes perfume is more than an accessory – it’s as unique as the person who wears it.” Her unique approach has crossed the border to our country as well, and an Otentic boutique is set to open at the Keizersgracht in Amsterdam soon. 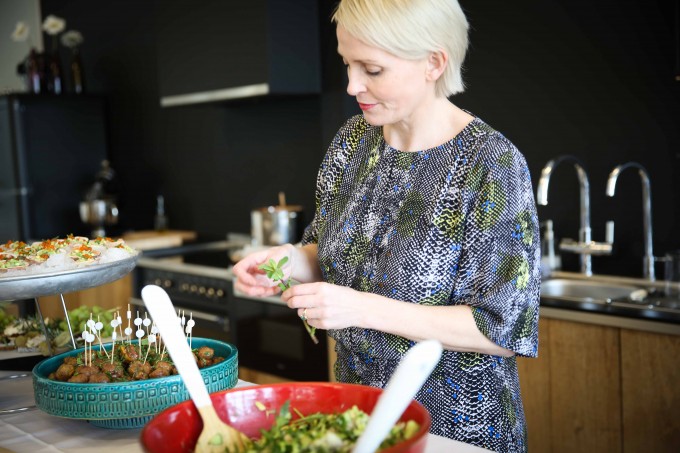 Dagný Rós
Fysical activity (let us remind you we were cycling ;)) makes hungry, and we were curious what would be in store for us for lunch. When stopping at a big entrance near a busy road, we couldn’t have imagined we would find such a tasty meal prepared by a lady chef, and a fabulous view of the city’s port! Icelandic-born Dagný Rós is a well known TV chef (considered the Nigella of the far North) who just released a cook book: Easy Iceland. She shares (mostly healthy) recipes inspired by her Icelandic roots. Her Chili sin Carne was so amazing we had to refill our bowls! 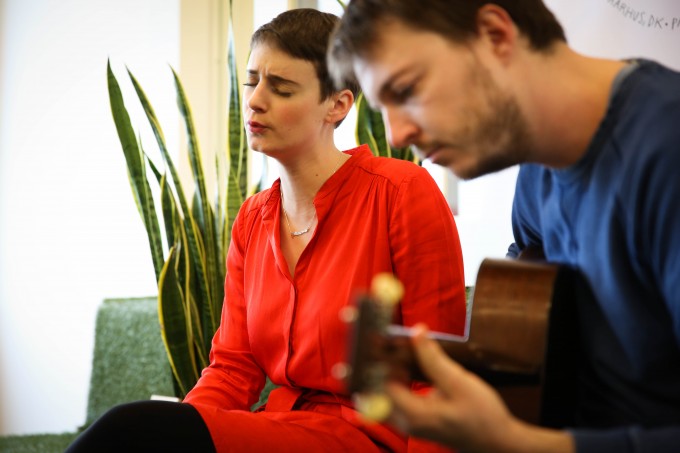 Noemi Wolfs
It’s always nice to enjoy some entertainment while having good food, and that’s where singer Noémi Wolfs came in. She was the former lead singer of the Belgian band Hooverphonic, which she left after five years to start a solo career. Noémie sang us a Fleetwood Mac classic, accompanied by just a guitar. But if you wonder how her latest single sounds like? Listen to it here.
We mentioned the view before, but did not go in detail about the location. Our lunch took place on the fourth floor of Urban City; a work space for start-ups and creative companies. You’ll even find chickens and a rooftop farm! 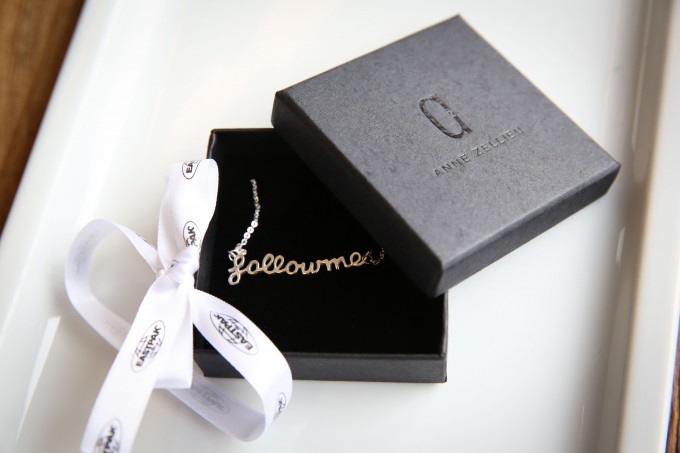 Anne Zellien
The robust wooden tables in the vast open kitchen space were all nicely styled, and we found a small box on each of our plates with a gift in it. Silver necklaces created by jewelry designer Anne Zellien. After graduating at the Royal Academy of Antwerp she landed different jobs as a conceptual artist, but her love for jewelry making (awakened while taking a jewelry class during her studies) took over at the age of 39. She now designs ‘sentimental jewelry’ which consists of pieces personalized with engravings, hidden messages, portraits, and charms – celebrating the bond between two people. 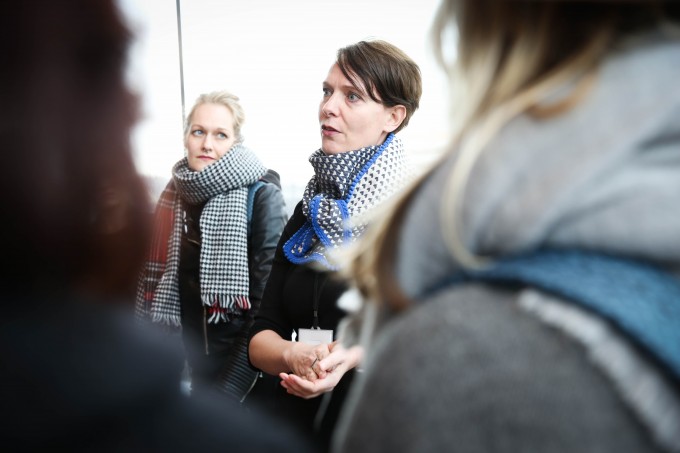 Marieke van Bommel
To conclude our visits to creative powerladies in Antwerp, we headed to the MAS (Museum aan de Stroom), where a Dutch lady is currently at the helm to promote the artistic and cultural needs of the city. Marieke van Bommel is an ambitious woman who didn’t let fears of moving to another country (yes Belgium is our neighboring country where they speak a similar language, but still) and take on such an important position, get in her way. Sometimes you just need to step onto that train and see where it leads you. Like Marieke says: “Face your fears!” 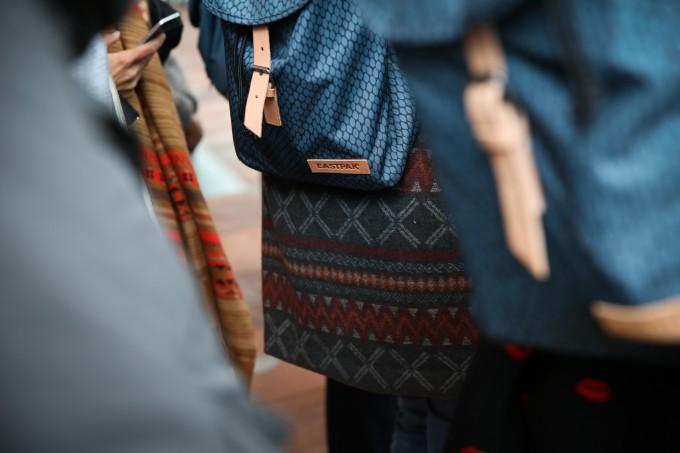 And that’s exactly how it is. Don’t let anything stop you to achieve your goals. These women are proof of how following your dreams can be done. Thanks for inspiring us!

Published in ALL ARTICLES, Events, Inspiration, Lifestyle and People