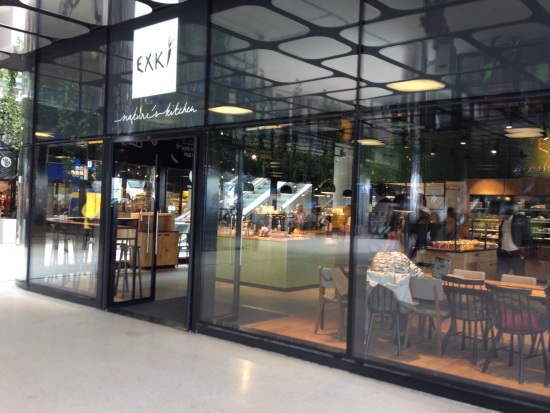 During a stop-over on Paris Charles de Gaulle airport where they have an EXKi, I already wondered when we’d get one in Amsterdam. And so it happened that the healthy fast food venue opened at the IJ-side of the renovated Central Station.

That’s very good news for those who want to grab a quick lunch or a take-out dish. Until now, the choice for a healthy meal was limited. At the train station it’s snack, sandwiches and pasta galore, and aside from the AH To Go grocery shop (where the take-out salads are fine and that’s it), it was about time for a new alternative. 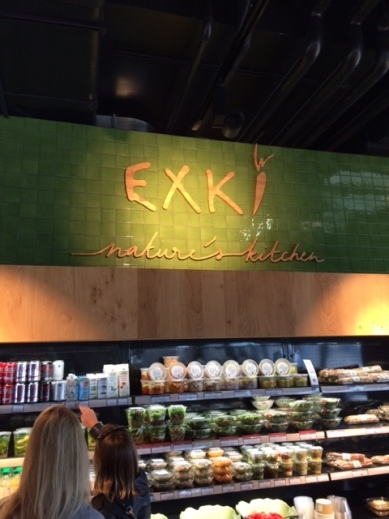 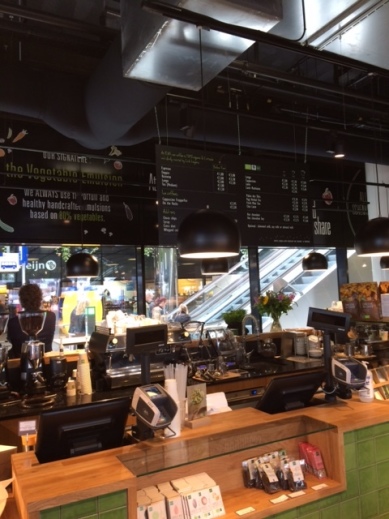 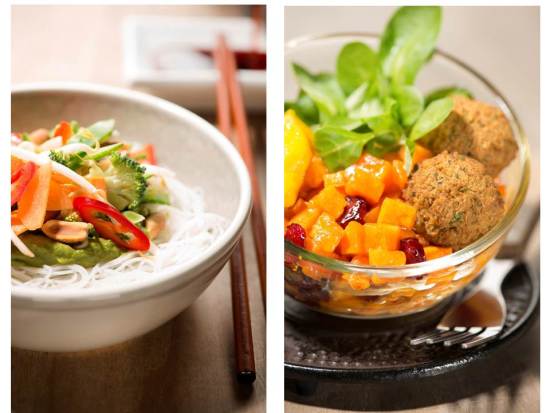 The EXKi offer includes healthy, tasty products based on creative recipes. Their focus is to work with fresh seasonal vegetables, which are as much as possible locally and organically grown as well. Every month a specific vegetable takes the spotlight, around which new dishes are created. The Amsterdam venue also holds a kitchen where meals are freshly prepared. 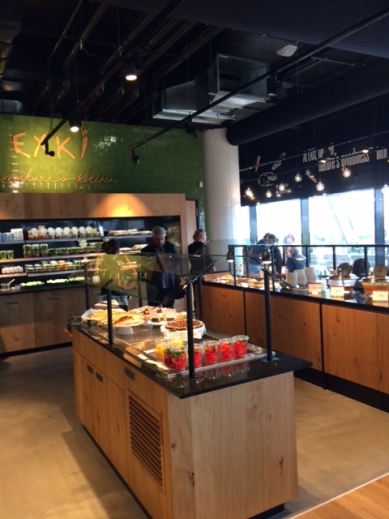 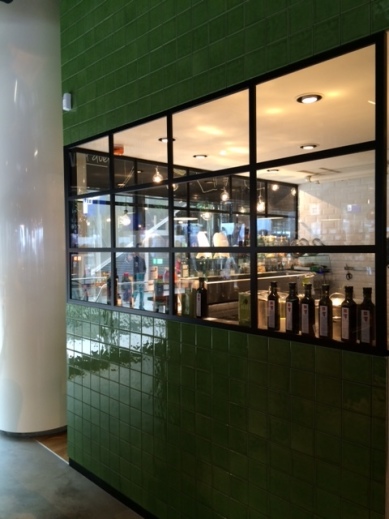 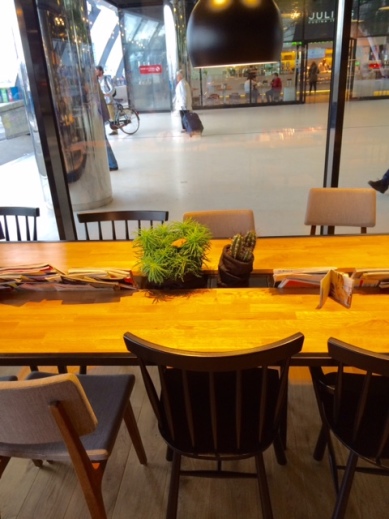 The company is constantly innovating in order to continue to meet customer expectations with regard to corporate social responsibility and sustainable development (appreciation for the work, respect for biodiversity, responsible use of resources: water, soil, energy). EXKi committed to fair purchase and recyclable packaging, because that’s the EXKi philosophy: “Let’s do things differently”. Therefore EXKi takes its social and environmental responsibilities very seriously. From the start all the initiatives and commitments in this area were recorded in a global action plan: Re-think! This philosophy is based on four pillars: health, work, environment and partnership, which can be found in each of EXKi’s activities. 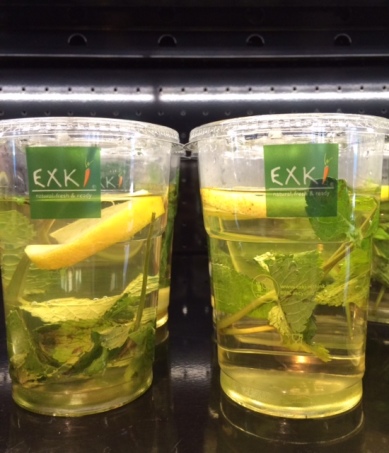 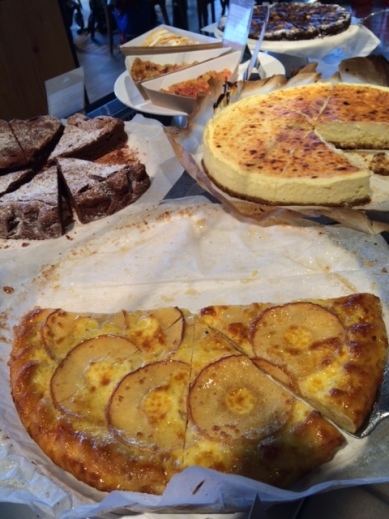 EXKi currently has 76 restaurants in six countries. In 2014 six new venues/shops opened under the EXKi flag: two in Paris, one in the Netherlands (The Hague), one in New York and two in Belgium (Antwerp and Leuven). This year Bercy (Paris) and Amsterdam were added to the list of EXKi restaurants.

The EXKi at Amsterdam CS is open daily from 7 am to 11 pm.