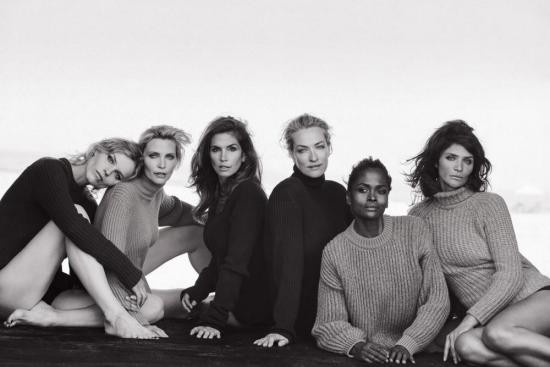 I was barely a teenager at the start of the supermodel era in the 90’s, but Cindy, Claudia, Linda, Naomi, Christy, Eva, Helena, Kate and a few other high rise beauties were part of the reason I got fascinated by fashion.

The collecting of Vogues and Elles began, I used to watch every fashion tv program out there, and briefly hoped I would grow over 5 foot tall and get scouted by an agency in the local McDonalds (and no, that didn’t happen).

George Michael’s music videos ‘Too Funky’ and ‘Freedom’ were my faves, and then there were these iconic black & white pictures shot by Peter Lindbergh, featuring the ‘famous five’: Naomi Campbell, Cindy Crawford, Linda Evangelista, Christy Turlington and Tatjana Patitz. We all know there were more than five supermodels at that time, but these girls were the ones to set the standard with their amount of covers and runway fees. 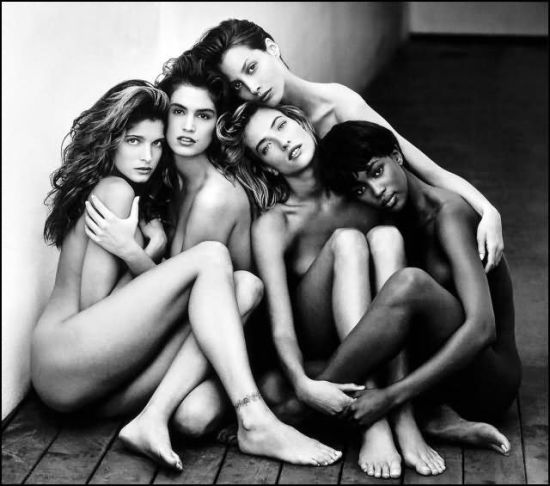 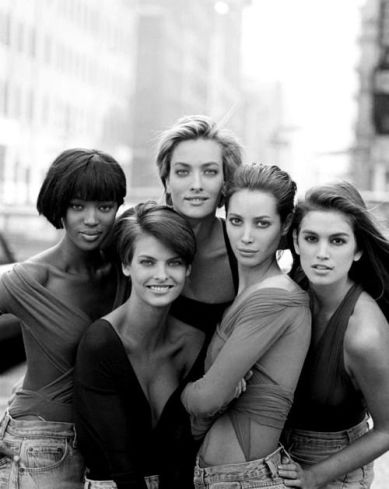 Lindbergh recently initiated a reunion of some supermodels of the 90’s: Cindy Crawford, Tatjana Patitz, Eva Herzigova, Nadja Auermann, Helena Christensen and Karen Alexander, for the September issue of Vogue Italia. Plus, they feature in a behind-the-scenes video for Nowness. Most of them are in their mid forties now…and boy, if we could all age that well!

Watch the video below: