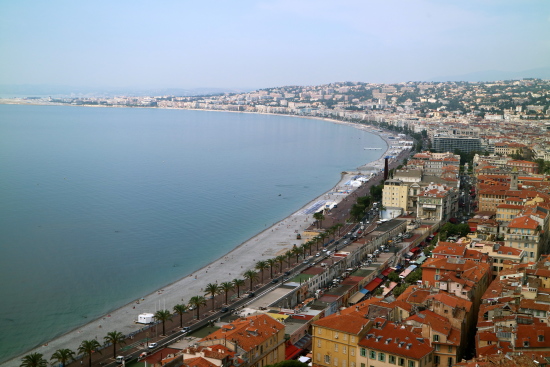 Europe by easyJet: NICE to see you again

Nice is one of those cities we usually fly upon, possibly have a quick lunch and then leave again to continue our journey to another destination on the Côte d’Azur.

This is all about to change as les parents are moving to France in the near future, so we’ve grabbed the opportunity to discover more of Nice with both hands. Why not wander around a little longer? 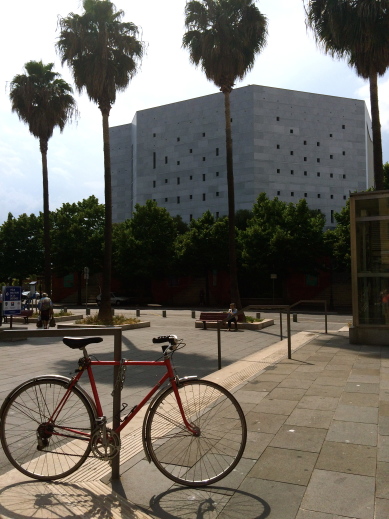 Nice is one of easyJet’s new destinations departing from Amsterdam, with daily flights. A very smart move as many Dutchies own a second home on the French Mediterranean coast. And let’s not forget that Nice was one of the first destinations where the (foremost British) aristocracy enjoyed their holidays in summer mansions or luxury hotels of which the Negresco (37, Promenade des Anglais) is still one of these Belle Epoque (Golden Era) remains. The main seaside promenade is not named La Promenade des Anglais for nothing.

This is how we spent 48 hours in Nissa La Bella (Nice The Beautiful in Niçard -the local dialect):

If you dig a little deeper in Nice’s history, you’ll find out that it has an important connection with art. The city has inspired (and still inspires) more than a few artists, such as Niki de St Phalle, Marc Chagall, Arman, and of course Henri Matisse, who is buried in the backyard of his own Musée Matisse (164, av. des Arènes de Cimiez).
Our hotel –Hôtel Windsor (11, rue Dalpozzo)- refers to artistry as well, with rooms designed by artists. The tropical garden is also a true eyecatcher and makes you feel you have landed in a piece of jungle, but with design chairs. 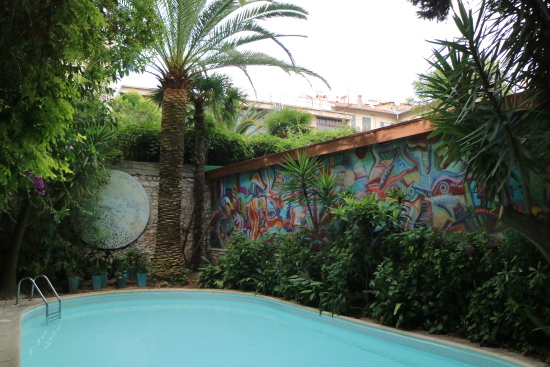 For art lovers there is much more on display at the MAMAC – the Museum of Modern and Contemporary Art (Place Yves Klein). The collections it beholds are interesting -a mix of neorealism and pop-art- and so is the architecture of the building; with a tetrapod arch connecting the harbor and the old city and two terraces which are considered panorama points for an overview of the city.
We had a quick tour of the museum, where the very friendly curator let us have a preview of the Keith Sonnier exhibition, which was still in build-up progress. 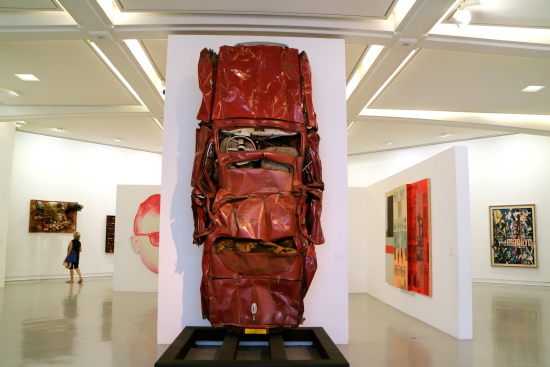 Sometimes the art in Nice is unnoticed. They are quite fond of the trompe l’oeil murals used to mask the lack of windows on the side of buildings. One of the facades has cost the municipality a mere 300.000 euros! 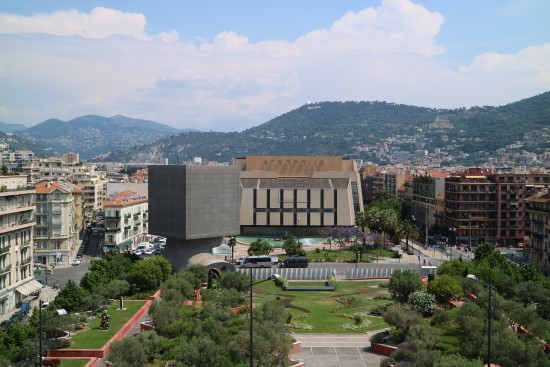 Speaking of buildings, Nice boasts an interesting mix of architecture. You’ll see the typical, colorfully sherbet-hued houses, Belle Epoque pallazzo’s in the bourgeois Cimiez district and modern architecture such as La Tête au Carré (The Square Head) -the brainchild of a sculptor (Sacha Sosno) and an architect (Yves Bayard)- which is actually the first monumental habitable sculpture in the world. The impressive building houses the city’s library.

What makes a city is also the amount of ‘greenery’ it offers, and Nice doesn’t lack that either. The best spot to get an overview of Nice’s architectural variety, and overall panoramic sight is the Castle Hill (Parc de la Colline du Château – Rue des Ponchettes, Rue de Foresta, Montée Montfort). It can be accessed by foot from OId Nice and Place Garibaldi, in an Art-Deco lift or by steps (‘escalier Lesage’) at the end of Quai des États-Unis. We had the luxury to be driven up the former citadel, entirely dismantled by the soldiers of the French King Louis XIV in 1706. The site is surrounded by a parc and you’ll even discover a waterfall. It’s the perfect place for Sunday strollers, avid joggers or to host a picknick.

If you’re looking for another striking view of the city and more green, you’ll have to visit the amazing Cimiez Arenas and Gardens surrounding the Franciscan Monastery (164, Avenue des Arènes de Cimiez). A tranquil wonderland boasting a rosarium, pergolas, flower beds, a terrace garden and an olive grove where the Musée Matisse  (a renovated Genovese villa) is settled.

While the above mentioned areas are either adjacent to the Old Nice (Castle Hill) or in the northeast district, the Promenade du Paillon finds itself in the city center: it covers 12 hectares and 1.2 kilometres right through the heart of Nice. Do not consider it a tourist attraction but a public garden where the locals take some time to relax and let their children play, as there is a playground with original wooden animal-shaped games. Further along the promenade you’ll encounter the Place Massena and the 3000m2 “water mirror” attraction with randomly spraying fountains.

Nice used to be part of Italy until its reannexation by France in 1860 so there is an obvious Italian influence when it comes to the food: ravioli, gnochhi, polenta, gelato…
The local Niçois cuisine knows its own specialties and can be described as a mingle of Italian and French with a focus on fresh vegetables and seafood. 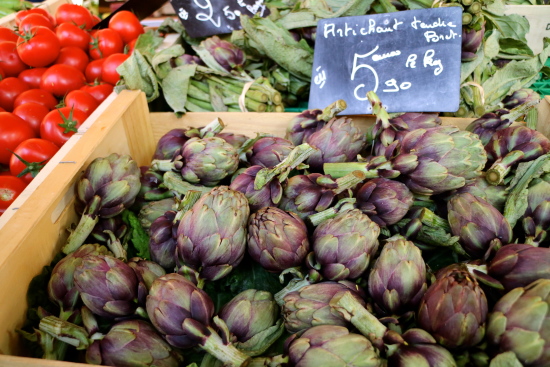 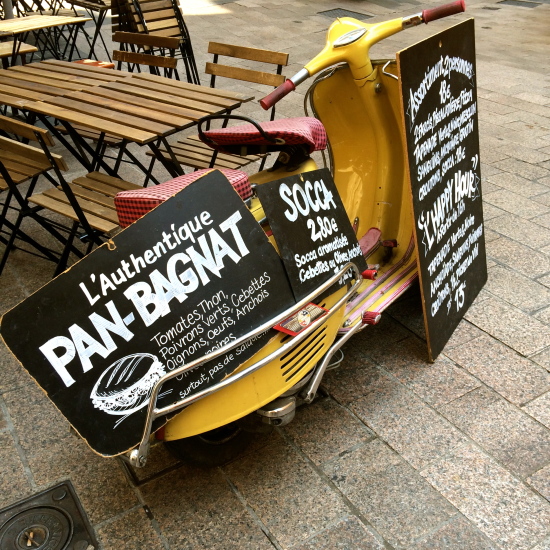 To eat and to shop

The best area for eating out is near the port, specifically in and around the Rue Bonaparte, also refered to as the Petit Marais Niçois. A whole range of restaurants and eateries have landed here, as well as a few niche boutiques. The city center is more focused on the high street brands, though you’ll find some luxury vintage shops there as well. Here’s our little Nice adress book: 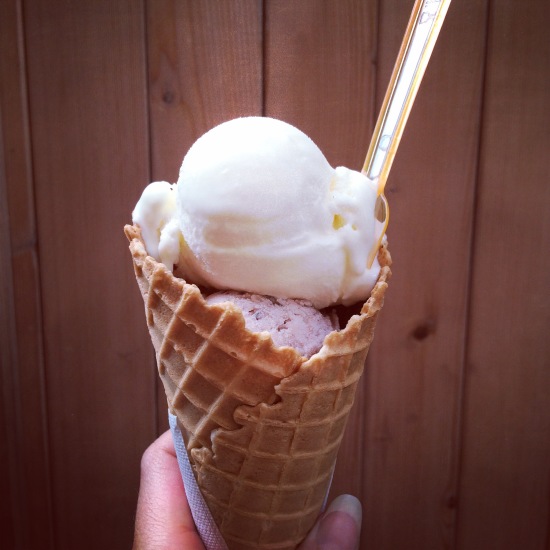 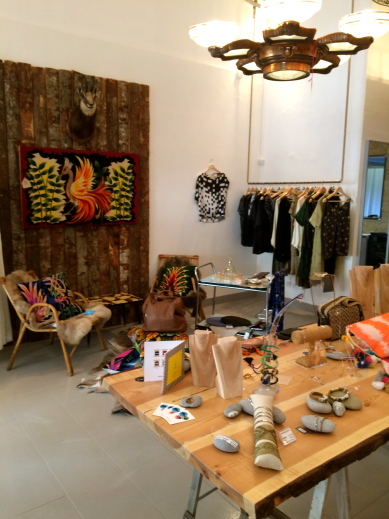 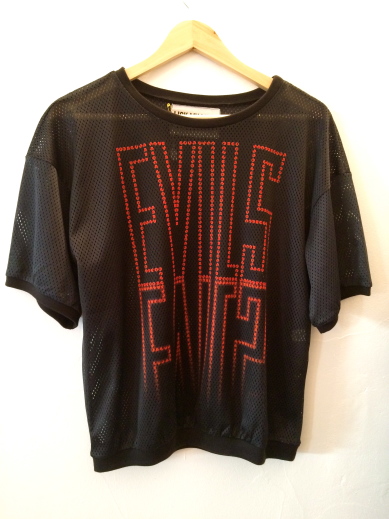 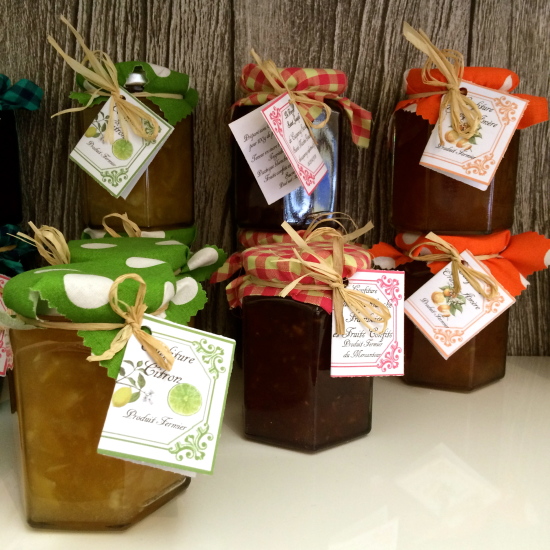 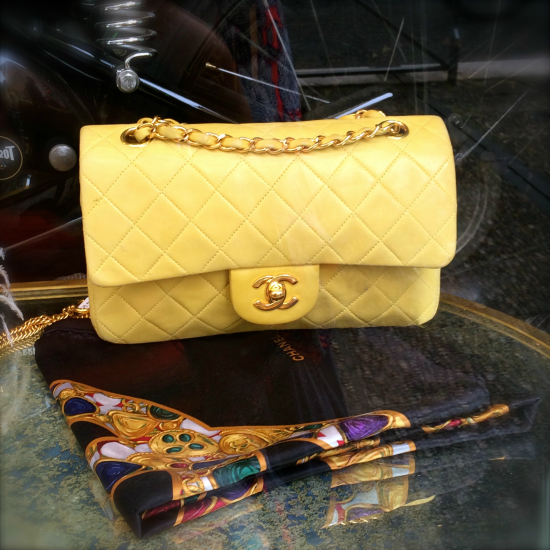 easyJet takes you to Nice 7 days a week. A single ticket starts at €23,96.
From the airport it is best to take a taxi or the Airport City Centre shuttle which takes you to the city centre, or bus line 23.

In and around Nice you can go by foot, Vélo Bleu or tramway/bus. If you have time and the need to explore more of the coastal area we suggest to rent a car at the aiport. Search for car rental options and deals on the easyJet website.

Images © The Digitalistas – with the Canon EOS M3 and iPhone