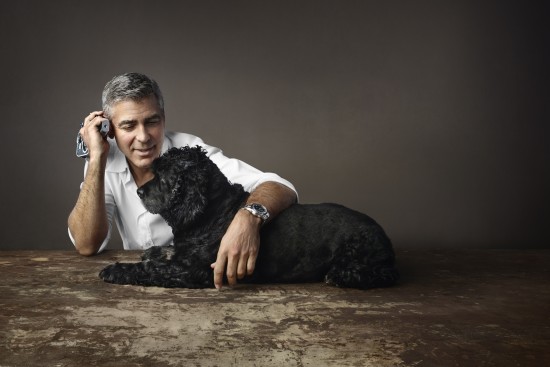 Is there anything cuter than a hot guy and his pet? Not really…So today we present to you: George Clooney and Einstein!

Both man and dog star in the latest campaign for OMEGA watches. With his intelligence and remarkable hairdo Einstein would be fit for a career in science, though he prefers to step in the family business -acting, according to George.

“Einstein has been studying acting for many years now as you can imagine. I think he’s concerned that I am in his shot and he thinks that perhaps you can airbrush me out of it. That’s his hope”, Clooney says. Always joking, don’t you George?

The sweetest detail to this story is that George adopted the cocker spaniel mix from a shelter…awwwww!