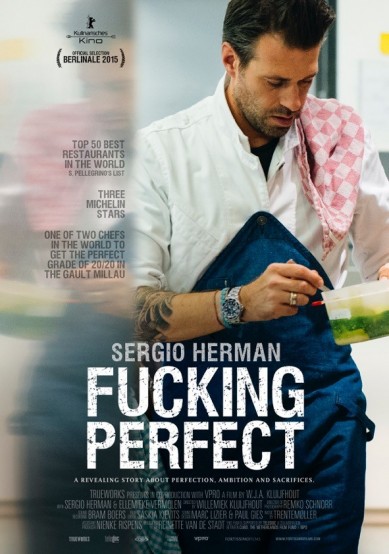 He’s one of the top chefs from The Netherlands: Sergio Herman. At the peak of his career – running his Michelin Star restaurant- he decided to call it a day. The difficult process towards the closure of Oud Sluis has been captured in a documentary: Fucking Perfect.

Herman, also a father of 2 and married to a Dutch tv personality, believed it was time to change direction and no longer work impossible hours in order to maintain the perfection a 3 Michelin star venue requires.

The documentary is a revealing story about ambition, perfection and sacrifices. It is listed in this year’s Berlin Film Festival for the program ‘Kulinarisches Kino’, and after the screening there’ll be a diner organized by chef Tohru Nakamura who has learned the craft from Sergio Herman himself.

After a short sabbatical Herman opened a new restaurant together with another top chef, Nick Bril, in Antwerp, The Jane, which has already earned one Michelin star.