In the NOW: CHANEL’s Reincarnation 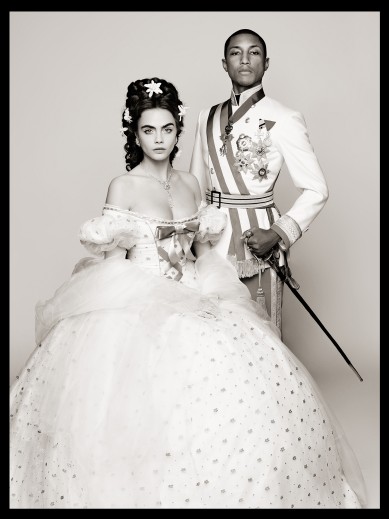 Sissi and Franz-Josef reincarnated as Cara Delevingne and Pharrell Williams?! It takes a little adapting to this unexpected scenery, but we admit we kinda like this Sissi 2.0 version.

Karl Lagerfeld always manages to surprise us with his themes. There’s no one more capable than him to give a bygone era a contemporary spin.

The CHANEL Métiers d’art collection ’14/’15 is coming up on December 2nd, featuring the Paris/Salzburg theme, and to accompany the show in Salzburg, Karl joined forces with team Pharell to create the short film: Reincarnation.

Being a close friend of CHANEL and its designer, Pharrell took the job of composing the original soundtrack of Reincarnation ‘CC The World’ and one of the lead roles alongside Cara Delevingne.

The short film is again an episode in the life of Gabrielle Chanel; holidaying in the suburbs of Salzburg in 1954. At her hotel she meets a young lift-boy played by Pharrell Williams who wears a jacket which would later inspire the iconic CHANEL jacket. 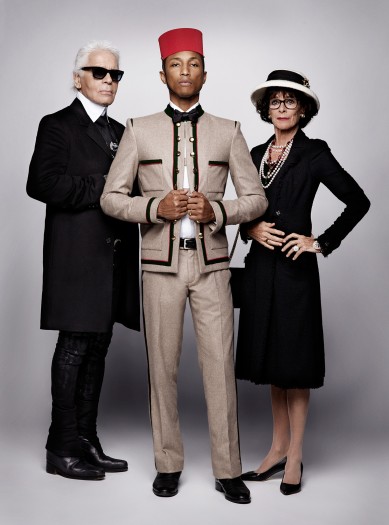 “It was time to show the origins of the CHANEL jacket, inspired by the one worn by the lift attendant in a hotel near Salzburg in the 1950s (…) Reincarnation is the story of a lift attendant’s jacket being reincarnated as a timeless piece of women’s wear,” declares Karl Lagerfeld.

‘Reincarnation’ is also the evocation of another era, that of the Austro-Hungarian Empire, which Karl Lagerfeld brings to life for one night in the heart of the 1950s.

In the run-up to the Paris/Salzburg ’14/’15 Métiers d’art show, the film will be screened the night before the event on December 1st. Watch the teaser below and stay tuned for more.

Published in Fashion, In the NOW, News, People and Video