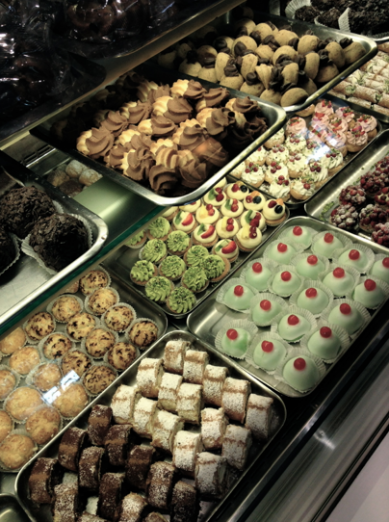 Corso Italia is a more upscale street in Catania, at the other side of town. The place to be to spot the chic Catania locals is Caffe Europa, with its big terrace and even bigger choice of pastry…

Caffe Europa offers such a vast choice of sweet goods that it took me over 10 minutes to make a choice of what I wanted to taste. Luckily they have different sizes of their offering so you’re able to taste several specialties. 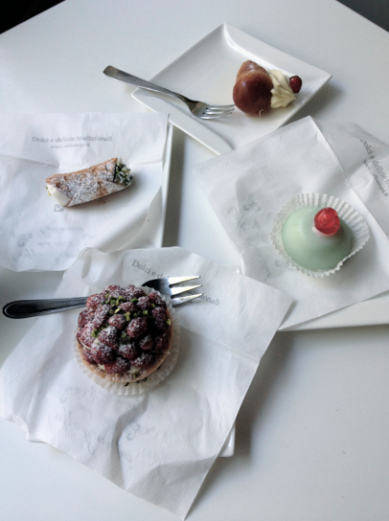 A typcial Catanian specialty is the ‘Minni di St Agata’ , better known as the ‘nun’s breast’.  St Agata is Catania’s patron saint. She was the daughter of a wealthy local family and very religious. She lived during the 3rd century AD, not the best time for Christians in Sicily, as they were prosecuted. Agata suffered the same fate, and was sent to stake on February 5th, 251 AD at age 15 because she resisted the inappropriate avances of a local magistrate.

We will not get into the details of her martyrdom because it might ruin your appetite for this delicious pastry and would be such a pity!

Check out our video of this Storie di Stile discovery in Catania to see which other heavenly pastries we’ve enjoyed here. 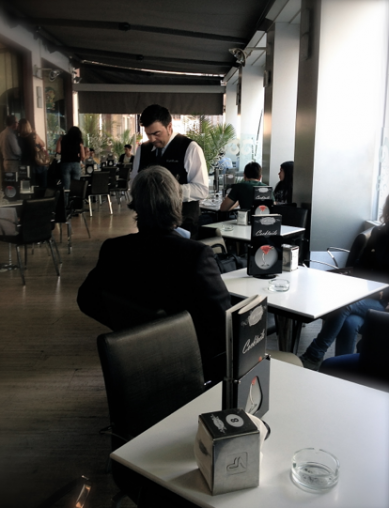 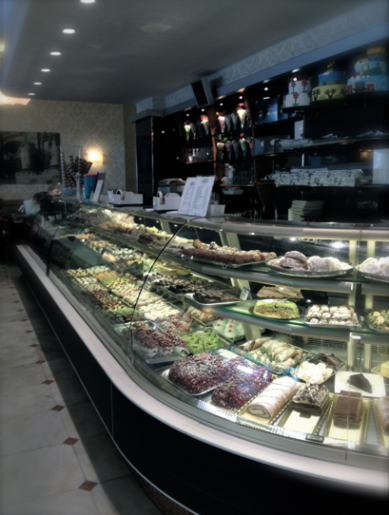 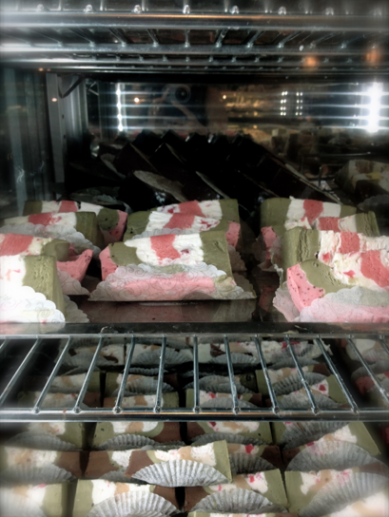 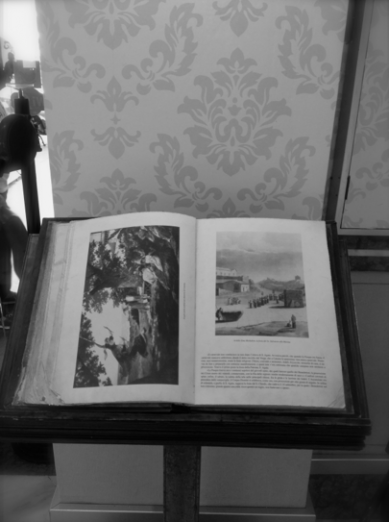 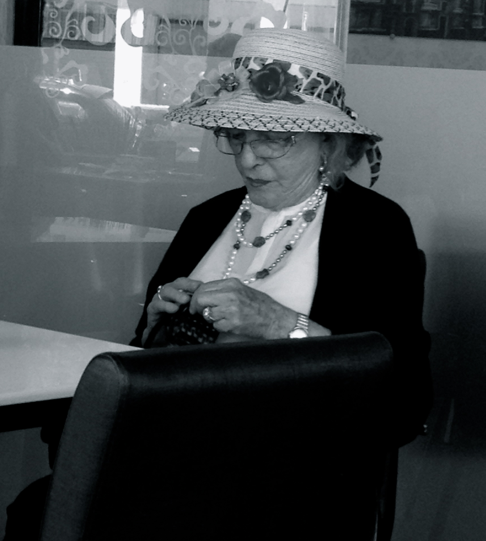 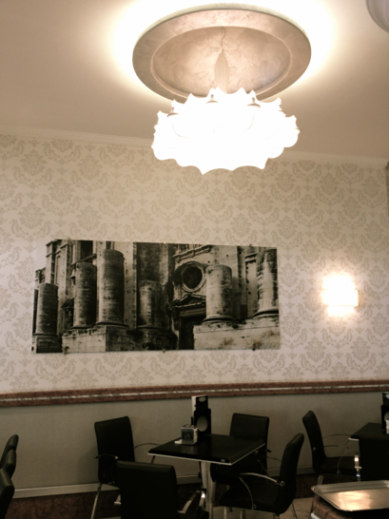