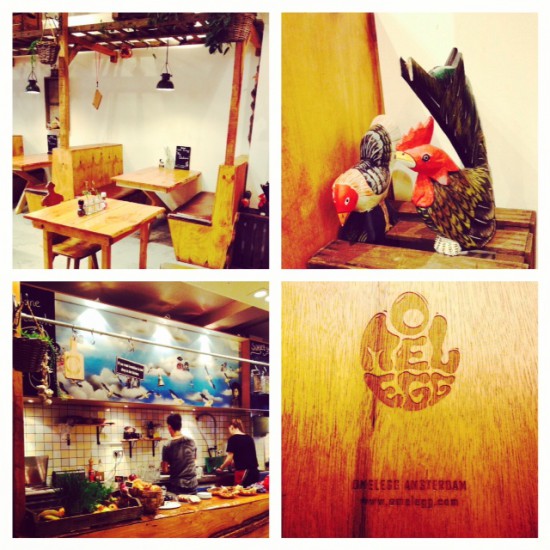 Eggs are often recommended for a consistent breakfast, and there are so many ways to prepare them. The most versatile form we know is an omelet, as you can add many other ingredients to turn them into a nourishing and tasty meal. Hence, Omelegg‘s concept.

Two brothers, Nima and Faraz, realized we didn’t have such thing as an omeletterie in the Netherlands, so they’ve decided to create one themselves. It sounds quite simple, but making a good omelet is a challenge. Like most chefs would say, it has to be ‘baveuse’ -slightly moist and runny from the inside.

The setting in which the omelets are served, resembles a cosy farmhouse in the mountains -imagine yourself in Germany or Austria- with carved wooden chairs, wooden benches and tables, kitschy accessories and more to remind us we have to do with farm life. And chicken. And eggs.

Eggs are a versatile ingredient (imagine that approximately 3000 eggs are used for the ‘Omeleggs’ per month, that’s a lot!), so on the menu you’ll find a variety of salty and sweet omelets. We had a tasting of four different omelets: the Farm Boy -with bacon, chipolata, salami, broccoli, onion, mushrooms, spinach, sweet pepper, sundried tomatoes, farmer’s cheese, rosemary and thyme, the Viking Fishermen -salmon, chives, dill, lemon zest and sour cream, the Chili Hernandez -homemade chili con carne and farmer’s cheese, and we concluded with a sweet omelet: Banana Peanutbutter -banana, peanutbutter, honey and cinnamon. The latter was our least favorite, because opposed to the hearty omelets being moist, a sweet omelet shouldn’t be too squishy. 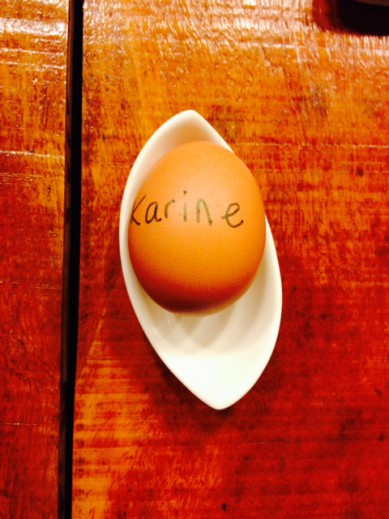 Nevertheless, Omelegg is a nice spot to have your breakfast or brunch before going on a shopping spree in the surrounding the Pijp area. We can assure you, you won’t be hungry until dinner! 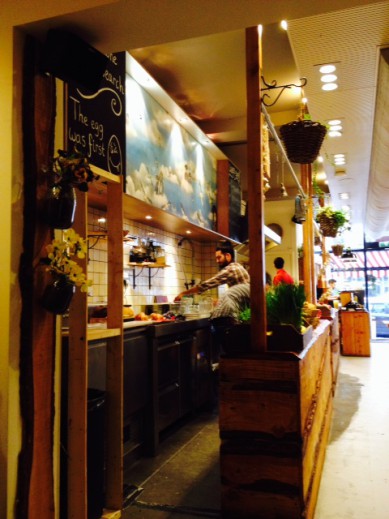 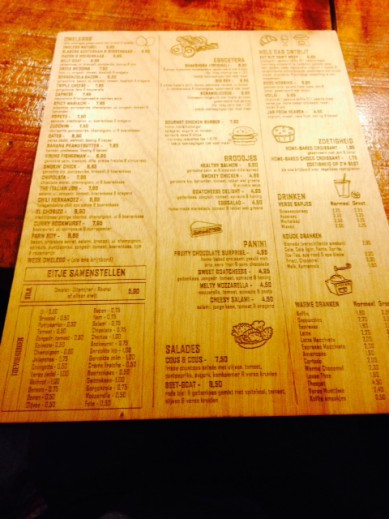 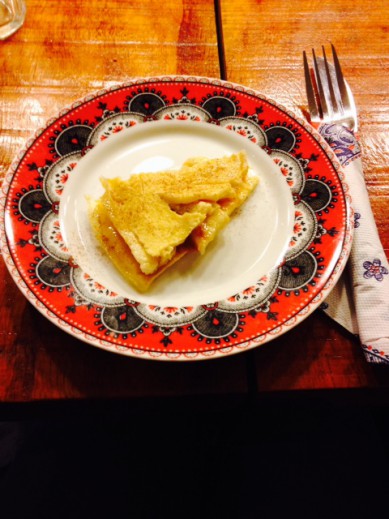 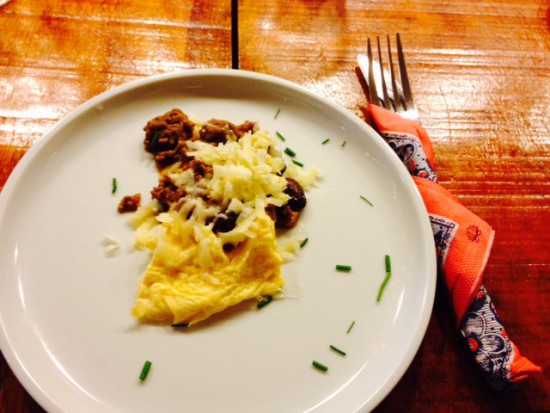 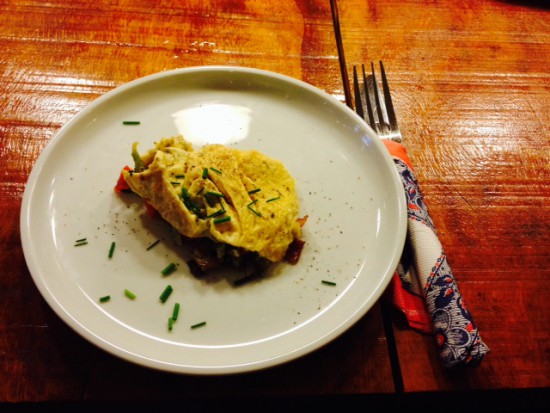