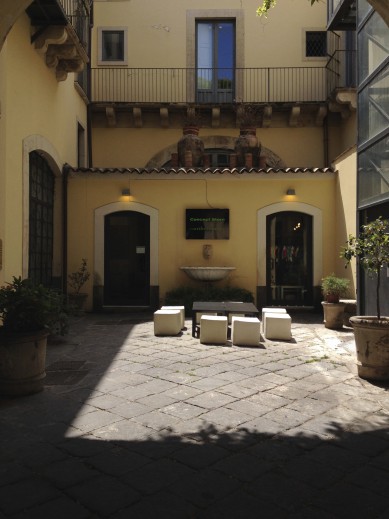 When you walk in an Italian city’s main street, always take a glance at the hidden courtyards left and right. You might be in for surprises.

With this discovery, it was the actual courtyard that lured us in. And oh surprise, there was a small shop tucked away there, with the name ‘concept store’ cortileventinove (which means courtyard number 29).
Now in Catania a ‘concept store’ is by far not the same as the concept stores we’re used to, but more of a gathering of some items that reflect the Sicilian lifestyle. So there were bikini’s and a few summery outfits, lookalike bags of a not further to be mentioned brand, and bling jewelry. All of a sudden I noticed a bottle of olive oil displayed in a glass cabinet as if it were a treasure. 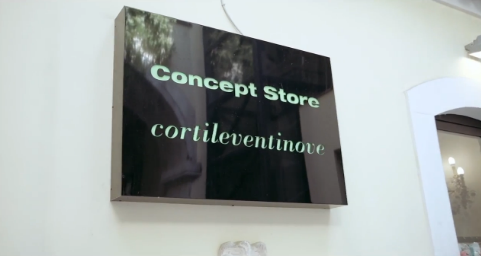 That’s when it became more interesting. The owner told us they make it themselves and that it had won many prizes. He took out some plastic cups to let us taste it…and I can say this was GOOD!

Watch the video on Storie di Stile for more! 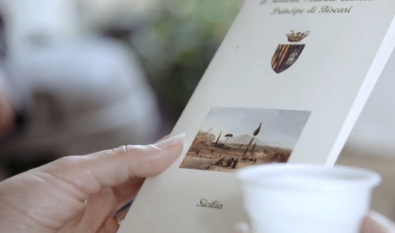