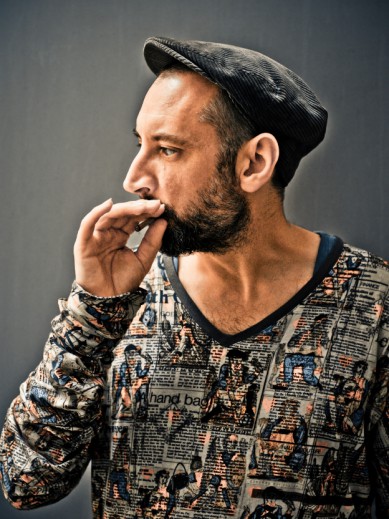 At moment of publishing this Sweet Saturday Sounds, we’re at Lowlands Festival where this guy will be performing tomorrow.

We didn’t know Fink until we heard the song ‘Trouble’s what you’re in’ while chillin’ at the beach last summer and directly Shazzamed it. Since then we’re hooked.

Fin Greenall -his actual name- is a singer, songwriter, guitarist and producer from the UK. His started out his career as a DJ in 1997 and did that quite successfully for a few years. In 2006 he released the album Biscuits for Breakfast in the trio formation ‘Fink’ with himself as the frontman, Guy Withaker on bass, and Tim Thornton on drums.

His songwriter skills have been noticed by fellow artists in the likes of John  Legend, Banks and Professor Green with whom he collaborated. Did you know he also co-wrote a track for Amy Winehouse? 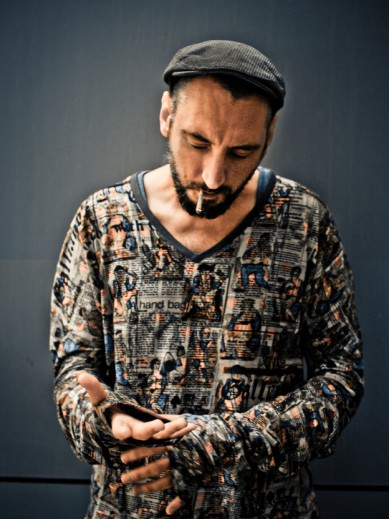 He’s a busy guy -with 7 albums to his name, including a live record with the Dutch Royal Concertgebouw Orchestra! – and obviously very fond of our little country. His first appearance at Lowlands in 2012 has left a lasting impression; a picture taken of him from the back and the audience like a flock of hungry wolves in the backdrop hangs above his desk as he told in a recent interview with Dutch newspaper NRC.

Fink‘s latest album ‘Hard Believer’ is his most successful to this day and has reached many of the European charts. We can’t get enough of the first released track ‘Looking to Closely’, by far our favorite and we hope to see him perform this live tomorrow.