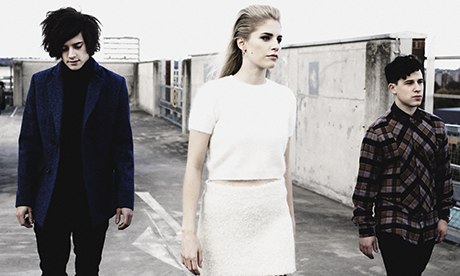 Very refreshing considering the overload of popular and slick R&B and Hip-Hop productions coming from across the ocean. The Brits prove again that they’re much more forward in the (pop)music industry, especially in terms of electronic music.

How it all kicked off for this rising band; two guys and a girl studying at Nottingham University formed a band in 2009, and that’s quite the classic story on how London Grammar came about. The trio consists of guitarist Dan Rothman, multi-instrumentalist (keyboard, djembe, drums) Dominic ‘Dot’ Major and singer Hannah. 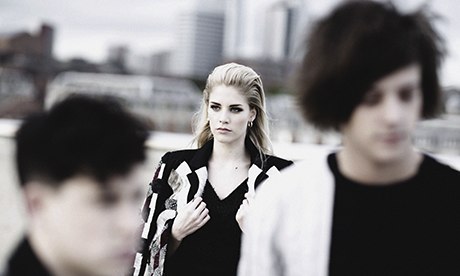 Moving to London after their studies was a fruitful move as they got picked up by several A&R people while playing gigs  at local venues. Merely two years after forming the band, the trio were signed to the Ministry of Sound label, and the Metal & Dust EP soon followed.

After collaborating on Disclosure’s album Settle with the track ‘Help Me Lose My Mind’ in June 2013, their popularity grew and they performed at a dozen European Music Festivals, but also on TV shows such as the Graham Norton show. Since the beginning of 2014 the trio started conquering the US as they’ve made their debut on American television at the Late Night Jimmy Fallon show, performed at the SXSW festival in Texas and currently touring in Canada and the US.

Their debut album If You Wait was released in the Fall of 2013 and already got platinum certification in the UK selling over a 100,000 copies and they were nominated for Best Breakthrough Act at the 2014 Brit Awards (unfortunately for them Bastille grabbed the award) Yet, Hannah, Dan and Dot stay grounded about their runaway success. Like Dot answered the question about which advice he’d give to other young and upcoming artists in a previous interview with Glamour UK, it’s all about staying honest and true to oneselves: “I think for a lot of artists who look at that X Factor side of it, it’s all about impersonation and not even being yourself. But if you keep giving and being honest to yourself, that’s the best way.”

For more information about the trio and tour dates click here.

(Images from The Guardian)