An Entre Nous with: George Kotsiopoulos 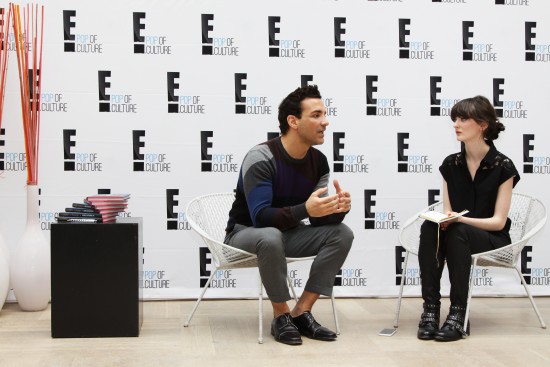 For those who tuck into E! Entertainment’s Fashion Police each Saturday at 10 pm, know he’s a familiar face from Joan Rivers’ crew of fashion critics. We have subjected panel member George Kotsiopoulos to a little questionnaire upon his visit to Amsterdam last week….

TD: Is there a stand out celebrity style to watch this year?

GK: I think Margot Robbie is kind of one to watch. The new bombshell, you know ,she was in the Wolf of Wall Street. She’s a hottie. There’s Miley, although she has been around but I do love Miley. There’s this girl who has been on our show called  Zendaya and she’s a singer and a Disney girl but she looks great.

TD: What would you say is unique about their style?

GK: Well Zendaya is very young, she’s around eighteen.. If she’s even eighteen, she wears fashion but she doesn’t look age inappropriate. You know it helps that she is very tall and has a fabulous body. Margot Robbie is the new blonde bombshell and there is just a sexiness about her. She is like a new Scarlett Johansson.

TD: When styling has gone wrong, what do you believe has been the common thread they have missed or forgot when creating the look?

GK: There are so many things that can go wrong. Hair is a big deal. Even if you have the best outfit, if you have horrible hair, it’s done. It’ll ruin your whole look. It’s not correct alterations, that’s a big problem. Having the right undergarments, that’s another problem. Overstyling is a big problem…

A little bit, you know that’s her shtick, I suppose. For an actress, you will look like a crazy person doing that. Having too many statements, that’s always an issue.
You have to photograph yourself. I mean you need to get someone to photograph you from every different angle because ultimately that’s what its really about. All these women look beautiful when you see them your like ‘Your gorgeous! Your beautiful, your dress is beautiful, everything’s beautiful. It looks expensive, it looks fabulous!’ But if it doesn’t translate in a photograph, who cares! Because that is what their lives are. Their lives are about being photographed. You know for the real women it doesn’t matter as much, it doesn’t matter at all. It’s like if it doesn’t photograph well, who cares. You know it really doesn’t at all…Well I guess now whats happening here with the selfies and social media I guess it does matter. Everyone’s got to look good in photographs now!

TD: What influence do you think fashion and good styling can have?

GK: Well I think if you look at someone like Lupita  Nyong’o, I mean she, I think, got tired of talking about her fashion towards the end. She’s like I wanna make it about the work. Ultimately if she didn’t have all of that fashion she wouldn’t have been such a big deal. She came out of the gates looking like a movie star. I mean she just did it right. She wore all the right designers like she was moviestar. I think there is always going to be girls -I remember back when I first started in fashion the IT girls were Charlize Theron, Salma Hayek – just an example of two girls and everyone was photographing them. They were photographed in every magazine. They didn’t have the resumes to back that up. And Scarlett Johansson might have been another one as well. You have to have something to back it up. I mean, if its really all about the fashion and the style, if you’ve got nothing to back it up like no great films or work – as an actress, I think its kind of useless. When you look at some of these fashion, like Cate Bosworth, does she do movies? She’s wonderful, great style. But style, unless that’s what you want to do, you wanna be known for your style, it just shouldn’t eclipse. 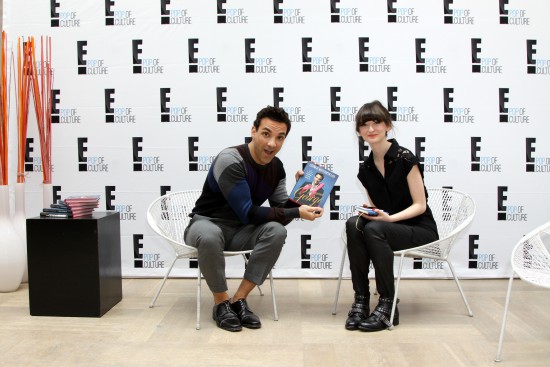 TD: As a stylist what are your main key methods to a successful look?

GK: Well I think you have to take the person’s comfort level into account. I dress a woman for her own personality and I think that’s the trap young stylists get into. If they don’t individually like florals they aren’t gonna put their client in florals, but say your client looks beautiful in that. Or you hate pink, like I despise pink, but that’s a gorgeous colour on this girl, its just stupid. You cant impose your own personal point of view. Its not about you. Its about all your knowledge of all fashion history in all of the collections and what’s happened in fashion over time and putting that on your client and finding their look. You know you can’t dress everyone in 70s boho. That’s not style. And that’s a problem, everyone thinks they can be a stylist. You can, but it’ll only get you so far unless you have the knowledge and the skills to know what looks good on every body type. Its one thing to dress only 25 year old size 2 girls and another to dress a size 12 who is 25 years old. Or a size 8 girl who is 40. There’s a lot, you kind of need to know everything.

TD: How does American style differ from here in Europe?

GK: It doesn’t. Well actually it does, it does. I mean, I was somewhere with my family and it was very touristy. It was in Orange County, near Disney Land and I’m just thinking, like its so sadly American (big laugh…) It’s just…you know …with the logo, being so sloppy! We unfortunately get a horrible rep as the American tourist, because we look like American tourists. So I don’t think that applies necessarily to European tourists, I don’t think they go to the states and look bad. OMG, its horrible, I’m going against my people! But its true! It’s true we have a bad rep for a reason.

TD: Joan Rivers coined the phrase Fashion Police, is it as fun as it looks working alongside the comedienne?

GK: It’s super fun. Joan Rivers also coined the phrase ‘who are you wearing?’ People weren’t asking that. No one asked that on the red carpet, she was the first. I gotta say it’s the reason your sitting here right now. Its become a multi billion dollar thing. We did a flashback on the show to the 90s. It was 20 years ago to like 92’ or something. You would think that at the Oscars, at the Golden Globes there is tonnes of photos of Nicole Kidman and Tom Cruise, no, there’s photos from the shins up – there’s no full length. They are not lit well, there’s no step and repeat. It just wasn’t a production. It’s really hard to find great photos because it was just different. People wore their coats on the red carpet – it wasn’t a thing. The red carpet, and the stylist is very much a new profession. Its really only been within the last now 20 years.

TD: Do they come to you for styling advice on set?

GK: The girls? Well Joan doesn’t need any style advice, she’s perfect in every way. No, you know they all come styled already. I style myself, so its kind of funny. I’ll be sitting -like we have to give our credits- so they always give me a clipboard. I’ll write down my fashion credits and Joan’s always like “what are you doing?” and I’m like “I’m writing my credits down.” They don’t do that, they know what their wearing. Where as I style myself, Giuliana will always ask me what do you think of this? These are some of my dresses for the Oscars or the Globes – and Kel, and well share that stuff with each other. We are all friends, we’re all pals. Its fun. Its great I love it.

George Kotsoppoulos (1968) is a Greek-American fashion consultant, stylist and TV-personality. He started his career 8 years ago at The New York Times fashion department. He dressed several celebrities for editorials such as: Julia Roberts, Salma Hayek, Eve, Kirsten Dunst, Eva Mendes, Kate Beckinsale, Gwen Stefani, Maggie Gyllenhaal and Cate Blanchett. After that he became fashion director at C Magazine for which he styled Julianne Moore, Courteney Cox, Nicole Richie, Heidi Klum, Anne Hathaway, Milla Jovovich, Mandy Moore, Ashley Judd and Christina Ricci for the C covers. He released a book earlier this year: Glamorous by George. 45-year old George also featured in 2011’s OUT annual list of the 100 most influential gay men and women. Since August 2010 George belongs to E!’s Fashion Police critics panel, together with Joan Rivers, Giuliana Rancic and Kelly Osbourne in which they weekly comment on all red carpet events including Hollywood star’s fashion hits or style disasters.