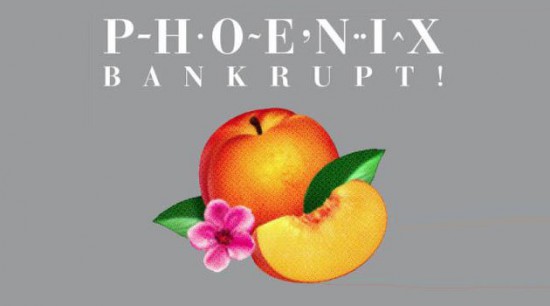 French electronic band Phoenix can be categorised similar as Daft Punk (one of the band member’s used to form a band with the DP guys -TD). Though Phoenix is a tad more dreamier and less in the funk mode.

The band from Versailles has been around for quite a while now, since 1995 to be exact. It consists of vocalist Thomas Mars (film director Sofia Coppola’s husband), bassist Deck d’Arcy, and guitarists Chris Mazzalai and his older brother Laurent Brancowicz. 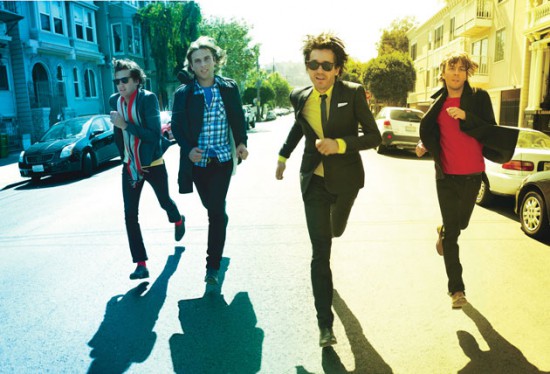 Succes didn’t come overnight -they actually feel they were bad in the beginning- it took them many years to reach the gold ‘status’ in music by winning a Grammy for Best Alternative Album in 2009 for ‘Wolfgang Amadeus Phoenix’.

“We were pretty bad when we began,” Brancowicz told The Guardian “But we had very high ambitions, so there was this tension, a goal we didn’t know how to reach. Some people are at their peak when they’re 18, and afterwards, it’s low. We are more … improving.”

Their 5th album ‘Bankrupt’ was released in 2013. One of the songs on the album ‘SOS in Bel Air’ has been remixed by Jackson and his Computer Band, which resulted in below:

One of the other songs from the album is Trying To Be Cool:

And ‘Chloroform’ of which the video was directed by Sofia Coppola:

Read more about the band on their website. Or the full interview with The Guardian here.

(Image of the band Courtesy of GQ)