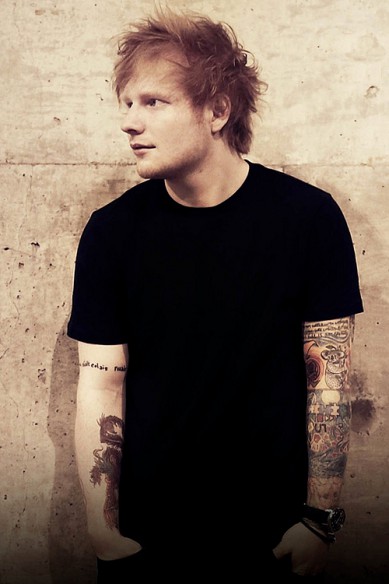 With the worldwide success of his album ‘+’ and a Grammy Award for Song of the Year with ‘The A-Team’, one can say 2013 has been a fruitful year for Ed Sheeran. His latest release ‘I See Fire’ features on the soundtrack of the second The Hobbit movie: The Desolation of Smaug.

After hearing this new song on the radio a several times, we felt it had to be in today’s Sweet Saturday Sounds, so here it is:

This song will not appear on Sheeran’s upcoming album which he recorded in Los Angeles with renown producer Rick Rubin. A track that will be included on the soon to be released album is ‘Tenerife Sea’ which he performed live at Madison Square Garden.

Ed Sheeran also collaborated with Pharell Williams on the album: “Pharrell is a genius in every sense of the word,” Ed explains to Capital FM. “He’s got a very good outlook on music and not pushing stuff just to be popular.”

The British singer/songwriter is currently nominated for Best New Artist for this year’s Grammy Awards.

Tickets for his UK & Ireland  in tour in October went on sale yesterday.