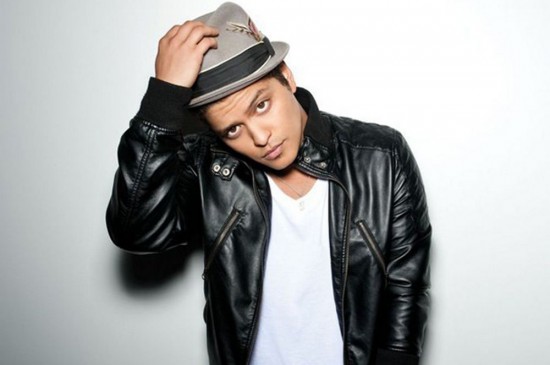 There’s no official video available of this Bruno Mars song yet, but oh well, we can do a sing-a-long with this one.

Moonshine was showcased by Bruno in 2012 already, but it wasn’t released in the Netherlands before the end of 2013. I have to say I am quite becoming a Bruno Mars fan. The guy has a great voice and a distinct pop music style.

What I love about Moonshine is that it has an oldskool vibe to it that makes me think of music from the 80’s, which is probably due to the Michael Jackson’s ‘Beat it’ -sample. It brings back some nostalgia.

On February 2nd, Bruno will perform during the Superbowl halftime, and will be joined by the Red Hot Chili Peppers.

Mars is also currently nominated for five Grammy Awards at the 56th Annual Grammy Awards, including Best Pop Vocal Album for Unorthodox Jukebox, and both Record of the Year and Song of the Year for Locked Out of Heaven.