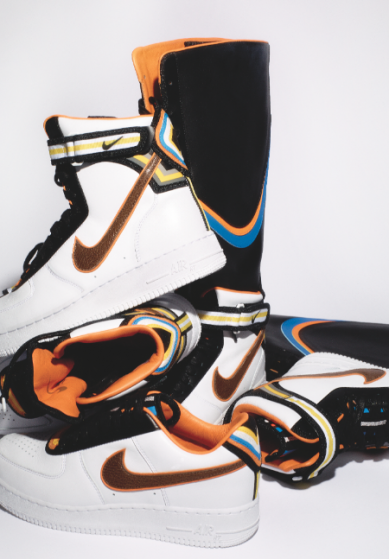 Before the official press release we had a little glimpse of Riccardo Tisci’s Nikes in an editorial featuring Joan Smalls where she is wearing the Airforce 1 Knee Hi boot. 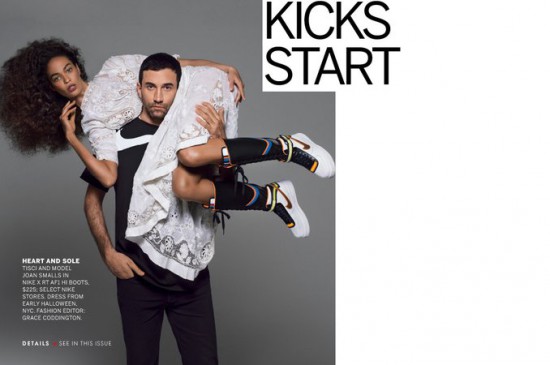 It’s one of Tisci’s innovative versions of his Airforce 1 collection for Nike which also include a Lo, Mid, and Mid Calf sneaker. The four styles are united by the thick multi-color straps representing a modern tribe; a community without bounderies that shares the love for the iconic Air Force 1. The limited edition collection will be available from March 2014.

Tisci about the collaboration: “The shoe is universal yet somehow very personal,” says Tisci. “I travel all over the world, and I see people wearing the Air Force 1, and they wear it in so many different ways. And so I was thinking, what is the essence of the Air Force 1? And how do I take that essence and make my own statement?” Tisci continues, “The Air Force 1 is not about gender, it’s not about a particular city, nor is it about a certain style. The community decides. It’s democratic. It’s love.”

Ricardo Tisci himself is quite the sneakerfreak himself, as he recently claimed to Vogue US, he owns at least a 100 identical pairs of the sneaker. The Givenchy Creative Director draws a lot of inspiration from streetwear, which was visible in his A/W ’14-’15 menswear colletion. Tisci also designed exclusive looks for Rihanna’s Diamond World Tour. 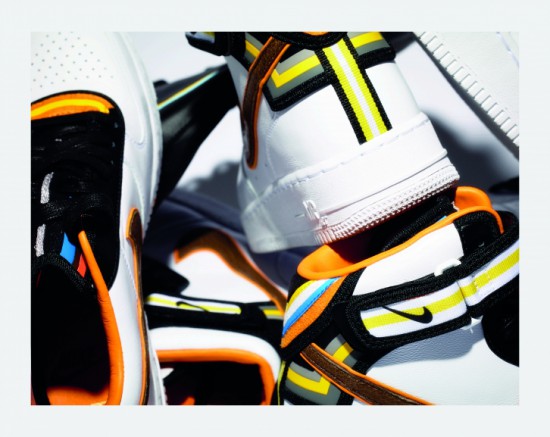