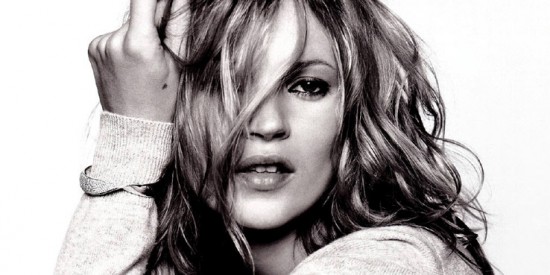 Undeniably the ultimate topmodel (at least for us, we’re Kate-fans since the start of her career), who starred on numerous covers and added her touch of magic in each editorial she featured. A muse for many. But what do we really know about Kate Moss?

It’s the question director Dominique Miceli asked herself when coming up with the plan for an ‘unauthorized’ documentary about the iconic model: “I wanted to know what the secret is. Why she inspires so many people, why she’s a photographer’s dream,” Miceli told the Observer.”She’s not very tall, she’s not a conventional beauty, but she is capable of inspiring artists. And after all these years she’s still cool, she still has contracts and work, and she’s still there in the top advertising campaigns.”

The documentary was aired last Sunday on the French TV channel Paris Première -watch the teaser below:

Clearly, it’s the mystery that keeps Kate on top of her game, and her ability to be such a chameleon, no picture of Kate will look alike.

We’ve found an other documentary about her: Kate Moss, Creating an Icon. Watch it below (note it has a duration of 50 mins):

Also, a biography by Chris Roberts is coming out just in time. Unauthorized as well, but as it seems the only way to find out more about the phenomenon Kate Moss: “You won’t find anyone with a bad word to say about her who knows her because a) they are friends, and b) there is this kind of fierce loyalty around her, there is a protective circle” remarked Roberts. He adds: “there’s a very kind of defensive, loyal circle to whom she is loyal to in return as long as they don’t air her dirty laundry.”

Besides celebrating her 40th birthday, Moss achieved the 25 years mark in her career. Though that doesn’t mean she is to retire yet. She starts as contributing editor for Vogue UK and after 4 years of absence, has created an other collection for Topshop which is to launch in April. And the day she retires, we’ll have her half sister Lottie to follow her footsteps.

(sources: The Guardian and Telegraph)