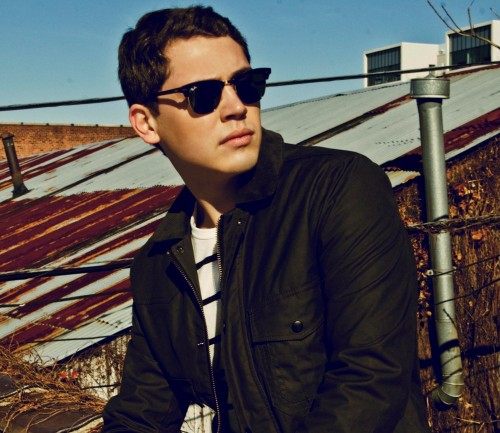 Being mentored by Pharell Williams is somewhat of a guarantee to get catapulted into the music charts. As is the case with Cris Cab.

The 19-year old Miami born and raised youngster from Miami is the proud owner of over 7 million Youtube views. The most successful one of these amassed views was his cover of Whiz Khalifa’s ‘Black & Yellow’. This resulted in an EP -Foreword- and its original single ‘Good Girls’.

Cris started to play guitar at the age of 5, first influenced by old records from The Stones, The Beatles and The Police, later his musical palate widened with the reggae tunes of Bob Marley, Jimmy Cliff and  Gregory Isaac caused by summer holidays spent on the Bahamas.

Since his first steps in the music industry he can count collabs with Wyclef Jean, T-Pain and the Gymclass Heroes to his resume. And of course his hit ‘Liar Liar’ with Pharell Williams.Cris Cab’s sound is a fresh mix of pop, reggae and soul, always with a dash of acoustic. Aside from his previously named influencers, his favorite artists and bands include Jack Johnson, Sublime and Coldplay and says he also listens to a bunch of hip hop.

We can’t wait to hear more from this young singer/songwriter talent. According to his mom he was singing since he was born.  To quote his mentor Pharell: ‘He is just getting warmed up, this kid is the future.”