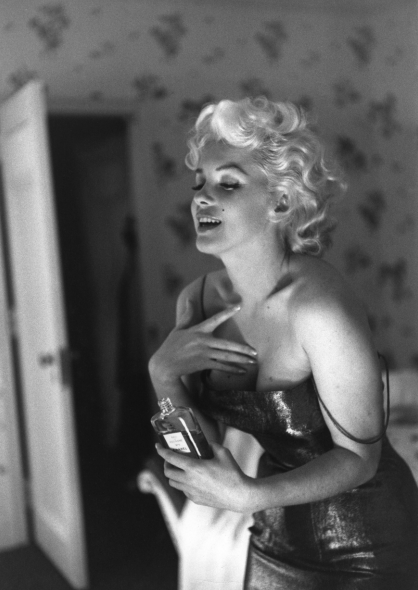 She said she wore nothing but Chanel n˚5 to bed. There could only be one icon to embody Chanel’s new n˚5 campaign; Marilyn Monroe.

Chanel has brought her and her legendary words to life again by finding a tape where she confirms what she claimed about her love for the Chanel n˚5 fragrance in LIFE magazine 8 years earlier.

The recording dates from  1960 when Marilyn was interviewed by George Belmont -who was then the Editor in Chief of Marie Claire. The image used in Chanel’s new campaign was shot by Ed Feingersh while she was preparing in her dressing room for the screening of ‘Cat on a hot tin roof’ (directed by Tennessee Williams in 1960).