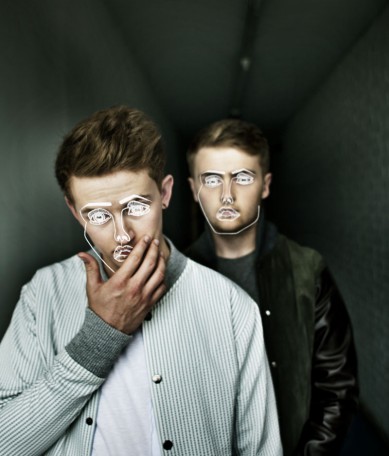 I seem to be into dub-step lately. A recent favorite in this genre is electronic music duo Disclosure.

The two British brothers behind Disclosure –Guy and Howard– are fairly young (’91 and ’94) and debuted with their first single in 2010. It was in 2012 when their remix of Jessie Ware’s ‘Running’ charted in the Netherlands and Belgium that a bigger audience picked up.

In June of this year Disclosure released their album ‘Settle’ of which two songs made it consecutively to a Top Ten position in the UK charts and then the rest of Europe followed. I was convinced after hearing ‘Latch’ ft Sam Smith on the radio that Disclosure had to be adopted in my music collection.

The guys are touring in the US at the moment, and sold out in Chicago, Atlanta and Washington DC this year and two gigs in New York next year already! They are rapidly conquering the world with their tunes and definitely ‘ones to watch’ in the dance music department.

Watch the video of Guy and Howard explaining the record track by track:

They’ll be performing in the ‘Melkweg’ in Amsterdam on November 11th (sold out, unfortunately…)

Listen to the Disclosure Soundcloud here. More about the band here.