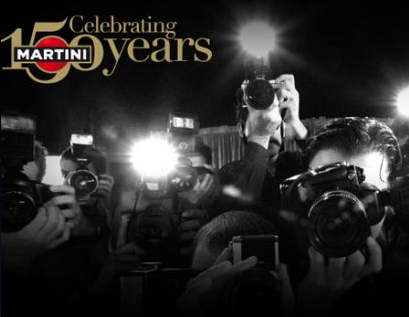 I don’t know many brands that can keep up a stylish and iconic image like Martini has done. The vermouth  and sparkling wines label celebrated its 150 years anniversary with a BIG party in Como, Italy last month and we were there…

As were Rosie Huntington-Whiteley, Joseph Fiennes, Lily Allen, Mark Ronson, and many Italian celebrities. Oh, and let’s not forget ‘the man with the swag’ –Nigerian TV celeb Uti Nwachukwu. 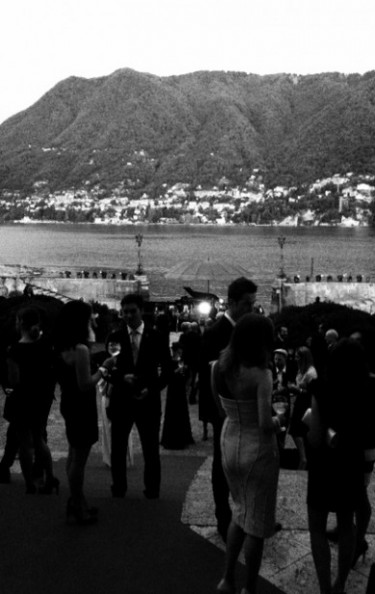 Where it all began
Yet, before the ‘parté’ we went back to the core of the brand in Pessione, a little village not far from Turin. When you take a journey to get to know a brand, start at the cradle.

In 1863, a gifted salesman, an accountant and a creative herbalist/liqueur expert joined forces. This was the debut of a venture named Martini, Sola e C.ia. –Allessandro Martini, Teofilo Sola and Luigi Rossi pioneered their way in the spirits business. Instead of going solo they assembled their skills and talents. 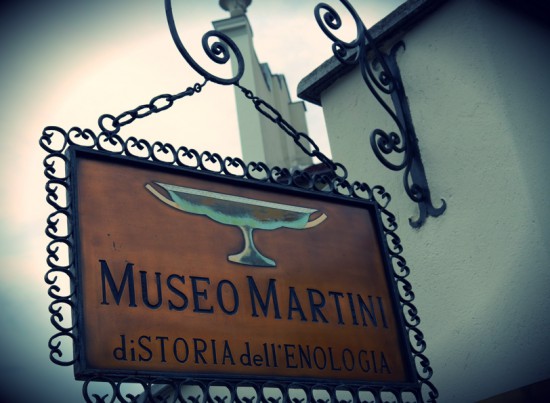 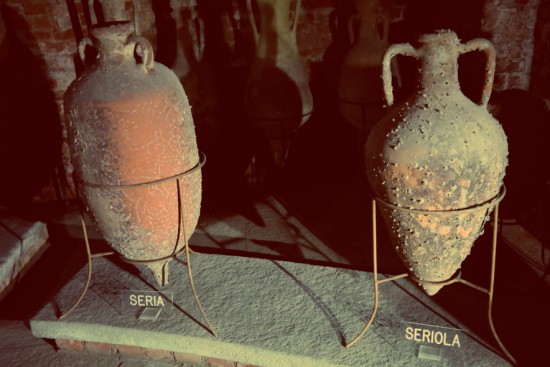 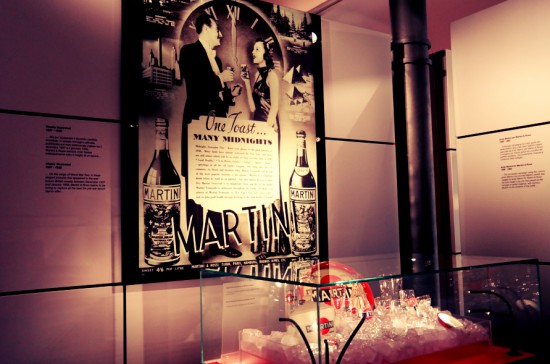 ‘Volere è Potere’
Building an iconic and inspirational brand doesn’t happen overnight. It takes imagination, hard work and sometimes unexpected and risky decisions to create prosperity. But where there’s a will, there’s a way. Let me give you 15 insights on Martini’s impact on a glamorous lifestyle and how it proves its tagline ‘Luck is an attitude’.

•Avantgarde.Way before the era of early adopters and trendsetters, Martini –at that time already 15 years in business– knew that the best way to ‘market’ their products was to reach the influentials. In 1878, when Russia was still an empire, four casks of vermouth were shipped to St Petersburg to be delivered to ‘important personalities’ in town.

•Aperitivo. Ever wondered where the concept of ‘Happy Hour’ comes from? In 1908, an anonymous poster communicates the Italian custom of ‘aperitivo’ to the Americans. Vermouth, as well as gin, was supposed to be enjoyed as a pre-dinner drink.

•Iconic. Anyone who would see the image of ‘La Dama Bianca’ –even without the Martini & Rossi logo– would recognize it as an iconic image. A work that was composed in 1918 by the Italian painter, illustrator and poster designer Marcello Dudovich and which embodies the ‘vermouth bianco’. 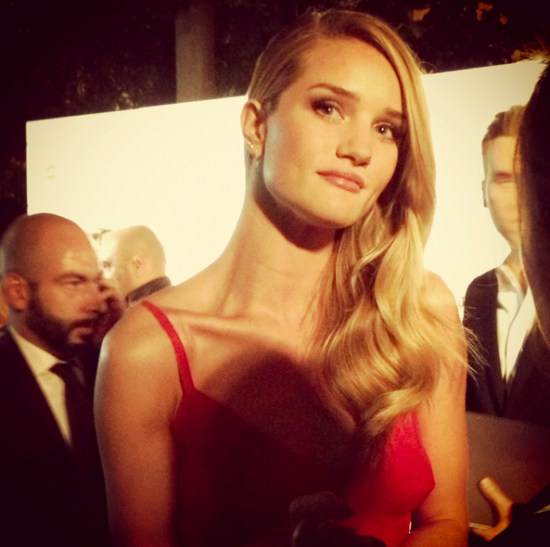 •Embracing girlpower. In the 1920’s it became clear that Martini® leaned upon a solid female workforce: ‘Across the years women have taken on increasingly strategic roles across all company departments, managing public relations and communication, logistics and marketing.’ Who rules the world? Girls!

•Martini Model. The brand had foresight in the power of the poster-boy even before the term existed. A charming Italian racing driver –Tazio Nuvolari– had an impressive victory at the German Grand Prix in 1935 and proved the perfect personality for Martini® posters. That’s when racing drivers started to become sexy… 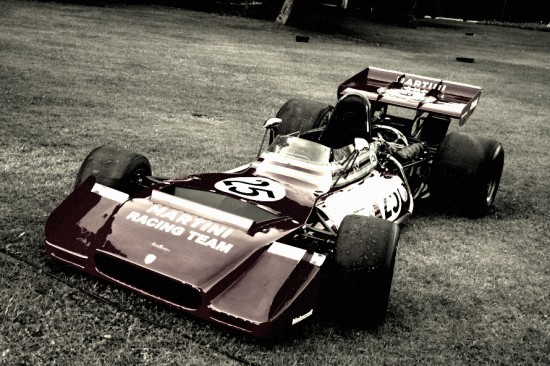 •Design. In 1929 the classic ‘ball and bar’ logo is registered, and nine years later Giuseppe Riccobaldi used it in his playful poster design as the head of the waiter serving a glass of Martini®.

•Rolemodel of advertising. By the 1940’s and ’50s, Martini® was not just a company anymore but a symbol. Milka Pogliani –Chairman of the McCann-Erickson World Group– put it into words: “When we speak of Martini®, we are not speaking about a drink or a label, but a myth, a ritual, a symbol of fine Italian taste.” 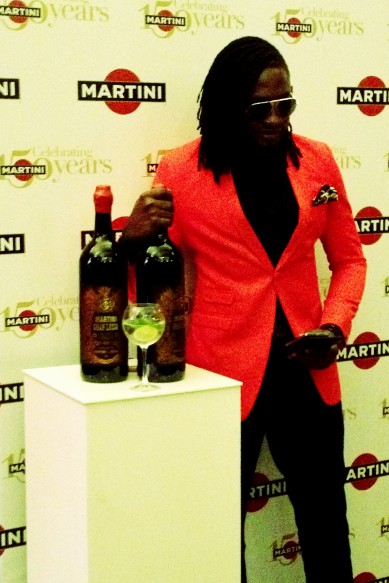 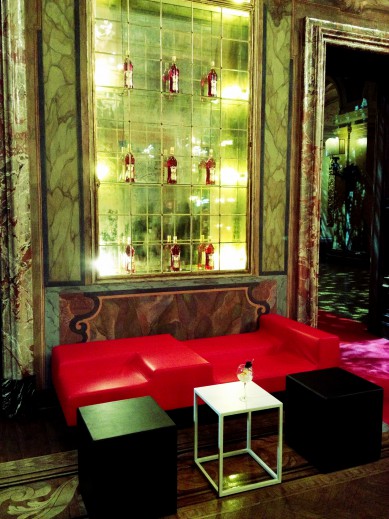 •Place to be. Making people adopt a label into their lifestyle, means transcending your product and become the perfect host. Hospitality is key, and the management of Martini’s French subsidiary caught up on that by opening a client lounge on the top floor of 52  Champs Élysées in Paris with a beautiful terrace and garden overlooking the city and some of its famous landmarks such as the Arc the Triomphe and Montmartre. The first MARTINI TERRAZZA® was a fact in 1948.Ten years later the new and improved version of that concept saw the light in Milan, offering a stage for cutting-edge artists.

•A bartender’s anecdote. Hollywood star Ava Gardner was shooting The Barefoot Contessa in Italy. Accompanied by her lover –Spanish bullfighter Luis Miguel Dominguin– she visited the bar ‘La Mortola’ where barman Adriano stood behind the mahogany and brass counter: ‘Ava came behind the counter, took a cocktail glass in which she poured a few drops of Martini Dry. She slowly lifted the glass and swiveled it round before filling it with gin, then dropped in a big green olive and claimed: “That’s the way Adriano.”

•Arty fact. In the early 1950’s a young illustrator with great potential was commissioned to produce four print ads for MARTINI® Rosso and MARTINI® Dry.The following decades he would be considered as one of the most important contemporary artists of his era. It was Andy Warhol.

•‘Shaken, not stirred’. A legendary quote from an iconic movie character known as James Bond. Putting these words to the test, in 1963 a young Sean Connery made an appearance at the MARTINI TERRAZZA® in Milan. In the 60’s the MARTINI TERRAZZA’s –with eight worldwide venues– were the places to be for the ‘beau monde’. 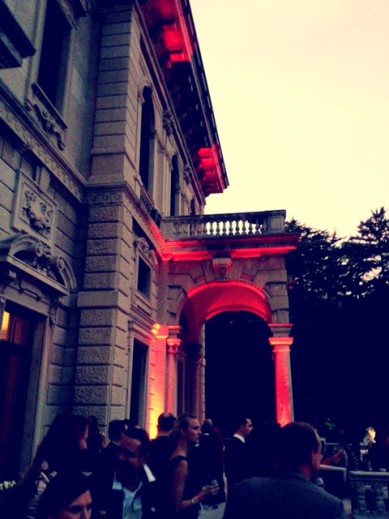 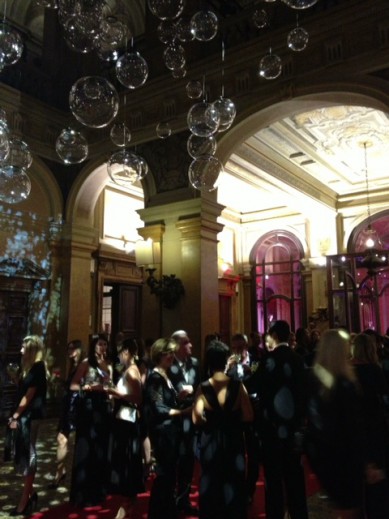 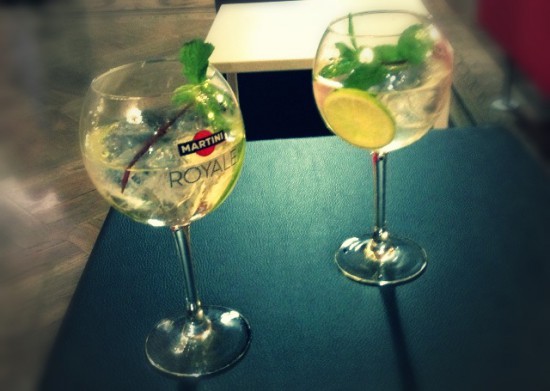 •‘Gioia di vivere’. The art of living has a continuous presence in advertising. From the Beverly Hills ‘Anytime, Anyplace, Anywhere’ rollerskater girl in the 80’s, to Naomi Campbell’s ‘there’s a party’ (very illustrative for the 90’s). Later on the Spumanti cork landed on actress Sharon Stone, using the same tagline. Though we have a personal preference for the Martini Man. The true Italian seductor with his sharp suit and black shades left Charlize Theron ‘threadless’. George Clooney decided to become the Martini Man himself and showed us where the party was (or created his own). The next Martini Man was chosen through a competition and won by Yuri Buzzi who features in the ‘Luck is an attitude’-campaign.
Recently, ‘bellissima’ Monica Bellucci turned the tables and seduced all the village men in her black lace dress, sipping on her MARTINI® Gold. A special edition courtesy of Dolce & Gabbana.

We also had some Dutch talent featuring in a Martini commercial which deserves a special mention; Caro Emerald’s song ‘A night like this’ was the theme song to the Dutch Martini Moments commercial.

Check our favorite commercials below.

•A Royal Affair. Being the appointed provider for Royalty for over a century, 2009 was the moment to introduce MARTINI’s new, stylish and refreshing drink: MARTINI ROYALE®. A blend of 50% MARTINI® Bianco and 50% MARTINI® Prosecco. Served over ice with a dash of fresh lime and a sprig of mint. This is the glamorous drink of today.

•Centocinquant’anni. 150 years after realizing their dream in the small village of Pessione, Alessandro Martini, Luigi Rossi, and Teofilo Sola left a legacy and a household name in the world of lifestyle. 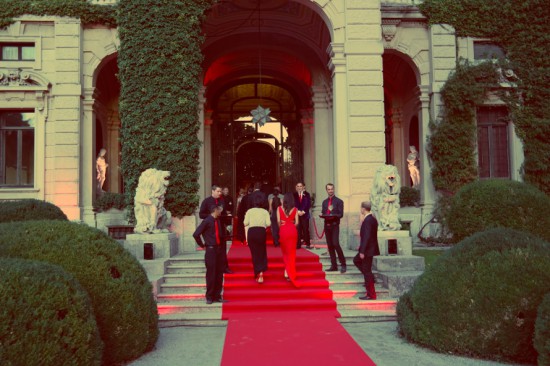 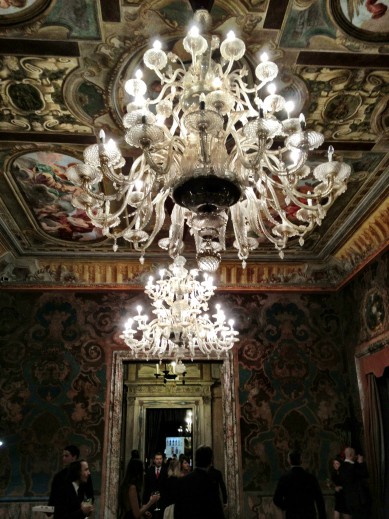 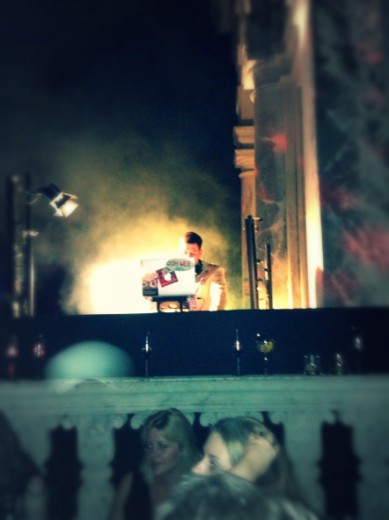 Celebration!
A lot can be achieved in 150 years, and the example we can take from Martini’s heritage is that for any brand –big or small– the key is to constantly evolve with the zeitgeist and keep innovating. Wether it is with the product range or marketing. Stay loyal to your brand’s DNA, but don’t be scared to take a risk and turn left instead of right. You never know where it might take you. Luck is an attitude. And don’t forget to celebrate your success every now and then.

Read more about the Martini brand and their 150 years celebration here.

All images (except top image) © The Digitalistas