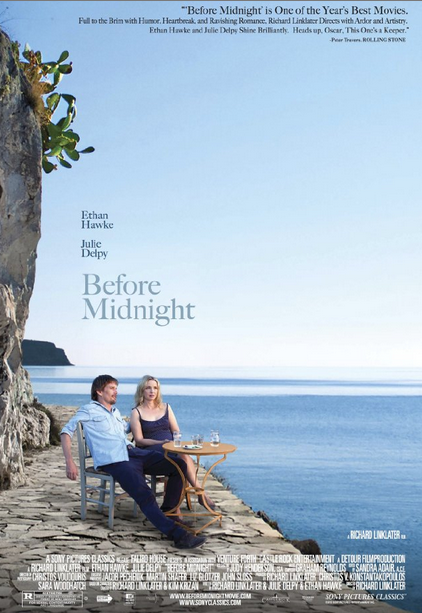 A nice movie for a romantic Summer evening is Before Midnight; the third episode of the sequal after Before Sunrise and Before Sunset with Ethan Hawke and Julie Delpy.

We meet again with Céline and Jesse after 9 years since their last rendez-vous. Now they are a settled couple with twins. During their holiday in Greece, the relation is put to the test. The couple has reached this turning point that most couples do after a while, and defines the moment wether they should stay together and fight for that true love or just give up.

At the tail end of a perfect Summer holiday, they are confronted with the dilemma to stay in Europe or move to Chicago. Jesse’s son Hank (from a previous relationship) is in is blossoming teenage years and Jesse feels he is missing out, because he is living on the other side of the Atlantic. Céline understands his guilt but also believes she has made enough sacrifices in the name of love;  taking up a mother role and seeing how her life has turned from carefree and adventurous into a daily routine. 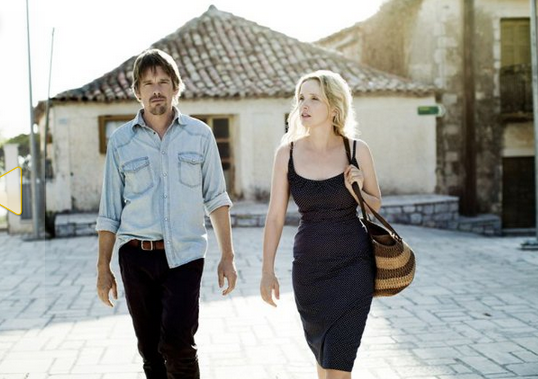 The movie is built on very strong dialogues, and Hawke and Delpy have a natural ease in their acting which makes them so credible as a couple. The backdrop of the Greek islands are quite a treat, though you’ll find the focus is much more on the characters than the surroundings.

Before Midnight by Richard Linklater was released June 6th, and is the sequel of the indie hits Before Sunrise (1995) and Before Sunset (2004).
The movie is a true recommendation for those who love a realistic and well written lovestory and an eye-opener to those who struggle through that ‘should I stay, or should I go’-momentum of a durable relationship.

Watch the trailer below: