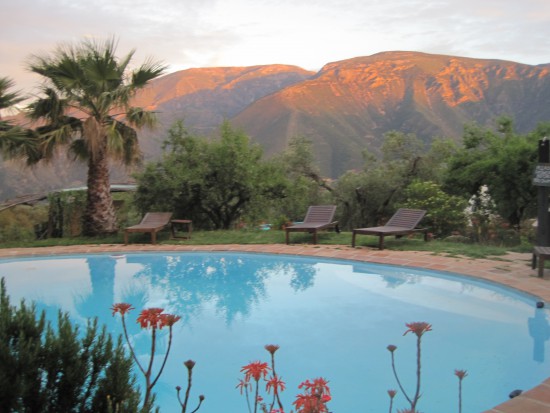 Far removed from the hustle and bustle of city life, the Kaliyoga retreat is nestled on a quiet hillside about two hours outside of Malaga, Spain. Founded in 2002, the retreat offers unique week-long programs that combine yoga with hill walking, holistic therapies, juice fasting, cooking workshops and detoxing.

I had no idea what I’d gotten myself into when I registered for a week of “yoga + raw superfoods.” I practice yoga regularly, but I was unsure about going alone to a week-long yoga retreat in Spain, to sleep in a tepee and eat nothing but raw food. 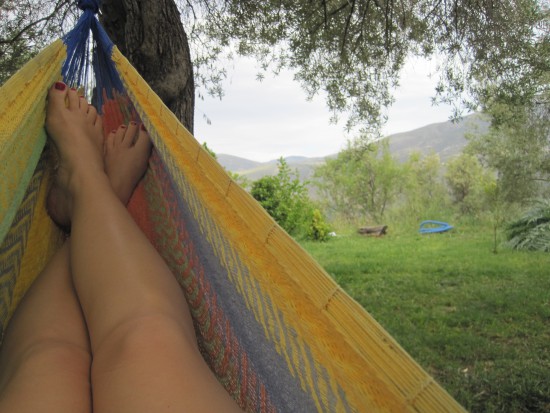 After an ungodly 7:00 a.m. departure from Schiphol and a brief stopover in Zurich, I arrived in sunny Malaga where a driver collected me – and a few of my fellow yogis – from the airport. Setting off on winding mountainside roads, we drove further away from city life and into the abyss, finally pulling into a bumpy dirt driveway to arrive at our destination. 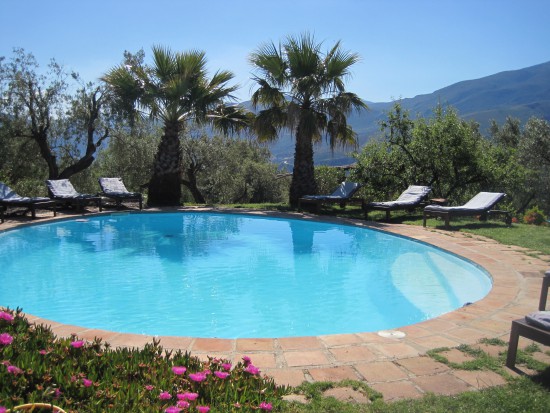 Kaliyoga is set in a small but charming rural home that’s able to accommodate up to 15 guests. The setting is idyllic: imagine a stunning vista of Spanish hillsides, surrounded by a vibrant garden of exotic flowers. Outside of the house, a long dining table rests under a canopy and trees, overlooking a small blue dipping pool, palm trees and lounge chairs. 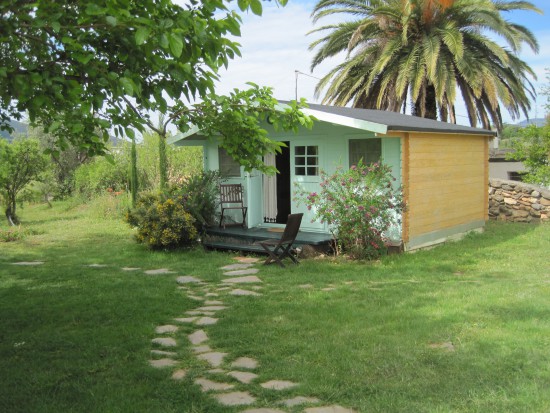 On our first afternoon, I joined 15 other guests – 14 females and one open-minded husband – to share our first meal together (raw gazpacho soup). The retreat then begins with an introductory yoga class, followed by dinner and an evening of relaxation.

The daily schedule began at 8:45 a.m. with a shot of barley grass, a superfood cocktail that works wonders on the digestive system (though tastes, shall we say, slightly grassy). Yoga classes were from 9:00 a.m. to 11:00 a.m., followed by raw breakfast in the sun. In afternoons we were free to do as we pleased: lounge by the pool or participate in a variety of holistic therapies (Thai massage, foot readings, electromagnetic therapy, sound therapy, head massages, nutritional counselling, reflexology, Quantum SCIO or acupuncture). 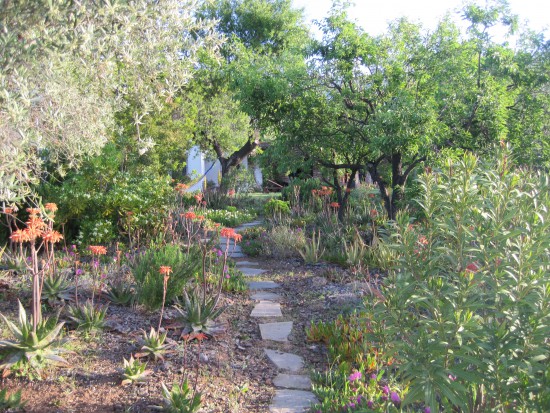 I indulged in a 90-minute aromatherapy massage, which was probably the best massage I’ve had to date (ending with me asleep on the table). I also registered for an afternoon of horseback riding in the mountains, made available through a local company about 30 minutes away (they offer a shuttle service to-and-from the stables). 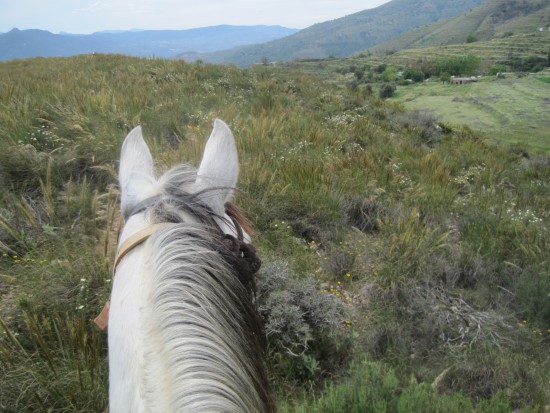 Between therapies, raw lunch is served at 2:00 p.m. Afternoons can thereon be spent at your leisure, before evening yoga from 5:30 to 7:00 p.m. After yoga, we gathered for tapas (mostly delicious olives and nuts) and raw mocktails in the garden. We learned that with a little imagination, freshly squeezed raw juices could taste almost as great as a summery cocktail.

Guests have the option of staying in rooms in the house, small cabins or outdoor tepees a few metres away. I’m by no means a camper, but the tepees were the epitome of “glamping” – complete with electricity and a beautiful bed. 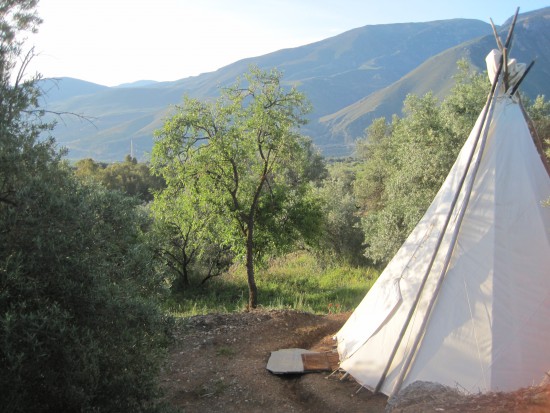 It was a refreshing week: awaking just after sunrise, heading to sleep under a starry sky unaffected by light pollution. The whole Kaliyoga concept is based upon the combination of relaxation, yoga, spirituality of body and mind, and a radical change in diet. Despite my initiation hesitations, after one week at Kaliyoga I was completely rejuvenated and amazed at the changes in my body. 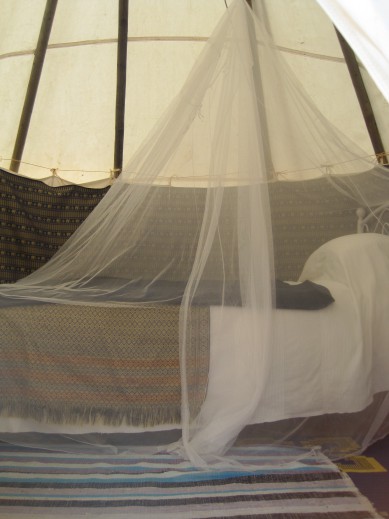 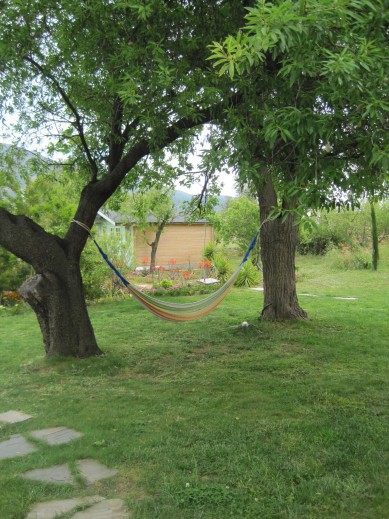 Kaliyoga is located in the Alpujarras region of Granada province, Andalucia, southern Spain. It can be reached by flying into Malaga or Granada airports (an airport transfer service can be arranged through Kaliyoga). Fees range from £795 to £1045 per week, depending which program you select, and the fee includes accommodation, food, yoga classes, plus unlimited use of the pool, sauna and hot top. Additional treatments and holistic therapies can be purchased at the retreat (they are all about €65). Kaliyoga also has a second stunning location in Provençe, France.

For more information on prices, programs and availability, visit Kaliyoga.com. Click to read my reviews on the raw food diet, superfoods or the yoga.

Published in Europe, Lifestyle and Travel