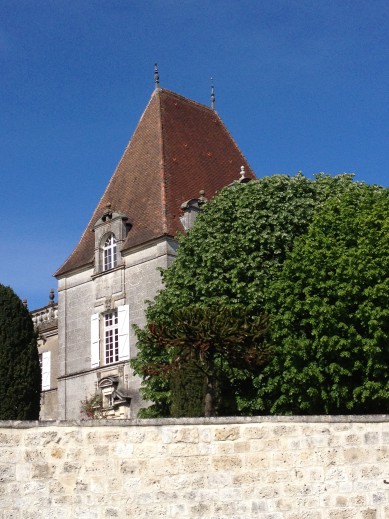 When one’s invited to spend a few days in a Château in Bourg-Charente -the Cognac-region in France- it’s hard to decline. Plus, it was educational. I can now say I know more about the background and making of Grand Marnier. 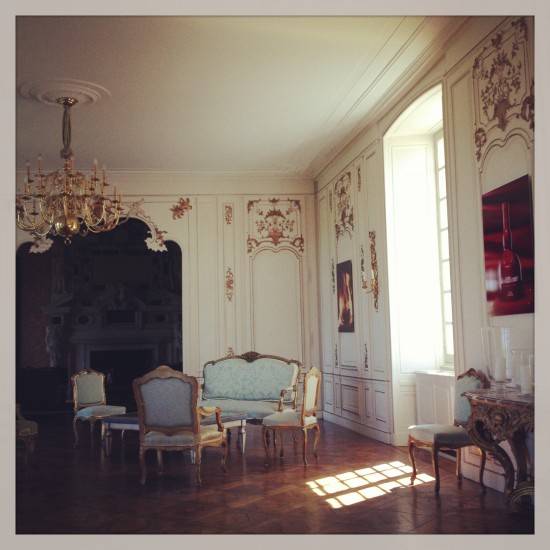 Upon arrival we had a quick introduction in the Grand Marnier distillery on site. In copper tanks, the blend of crus (grapes from different soil areas) goes through the distillation proces. There are five growing areas where the grapes for the cognac-based liqueur have been harvested, which makes quite a difference in taste as we experience the next day.

A quick explanation: The cognacs used in Grand Marnier liqueurs come from the five finest crus: Grande and Petite Champagne, Borderies, Fins Bois and Bons Bois. After two successive distillations, the eaux-de-vie are then selected by the Cellar Master and aged in oak barrels at Château de Bourg-Charente. The Cellar Master then goes about blending the cognacs: marrying various crus and vintages in order to obtain a unique, complex and well-balanced cognac which is the perfect match for the essence of bitter orange.

Now we also know the influence of the oak barrels on the cognac’s taste. We’ve visited ‘Tonnellerie Vicard’, one of the largest independent factories where the oak barrels are produced (mainly by hand!). About 50.000 barrels a year are produced here, mainly for Bordeaux wines and cognac. Only French oak from Troncay or Limousin is allowed for the barrels, otherwise a cognac is not an ‘appélation’ (quality guarantee also used for wines).
To make a barrel, the timber is bent, and kept in place with metal hoops. Afterwards the barrel gets ‘toasted’ (which can go from 40 mins to 2 hrs). The different ‘toastings’, officially named ‘chauffe’ of the inside of the barrel are also responsable for a -more or less- woody aroma of the spirits.
Subsequently, the barrels are polished for placement of the lid. The lid is fixed with a mixture of flour and water, no chemicals or glues. Then there’s a leakage test on each barrel before it gets the last preparations for transport.

After the visit to the ‘tonnellerie’, we made a little tour at the other distillery on the Château premises where the orange peels are macerated to retrieve the essence -the ‘heart’- of the Grand Marnier. The Société des Produits Marnier-Lapostolle has its own plantation in Haiti where everything is supervised to guarantee the high quality of the fruit used. The oranges are carefully selected and handpicked while they are still green which is when they are at their aromatic peak. The oranges are cut up and the peels are dried in the sun. After being sorted by hand one last time to ensure that they are of perfect quality.

To conclude all the background stories, we went down to the Château’s cellar for a tasting. An interesting tradition, is that over-aged cognac is retrieved from the barrels at some point, saved in huge bottles with wicker casing (Dame Jeanne) and kept safely locked in the cellar, because these old cognacs cost a small fortune. During the tasting, the differences in the crus were quite remarkable. I preferred the ones from Grande or Petite Champagne because they are sweeter. When comparing Grand Marniers of various ageing -Cordon Rouge, Louis-Alexandre, Cuvée centenaire, Cuvée Cent Cinquantenaire, my favorite was the last one. Maybe because it was launched in my birth year?

Of course our stay in the Château was paired with good food, wines, Grand Marnier cocktails and cigars (note: I’ve skipped the cigars. It’s more of a guy-thing). All part of the French ‘joie de vivre’. 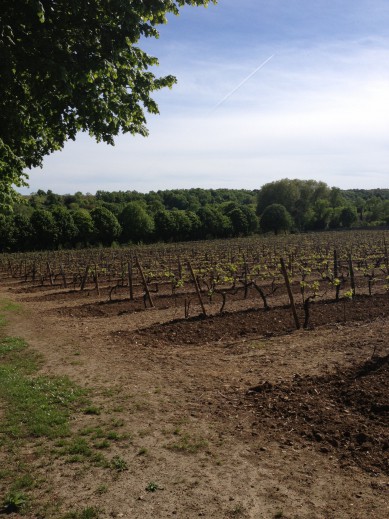 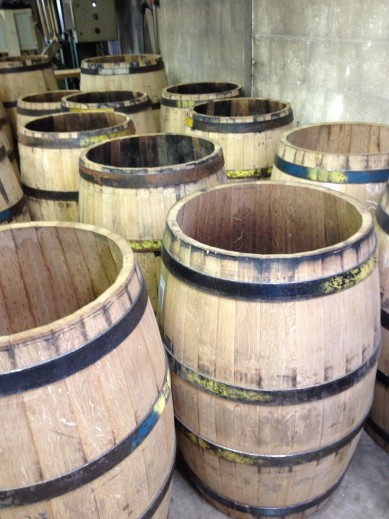 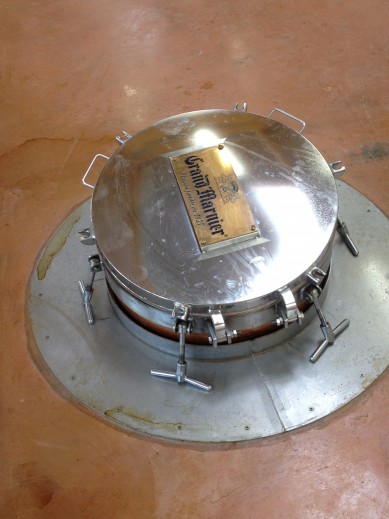 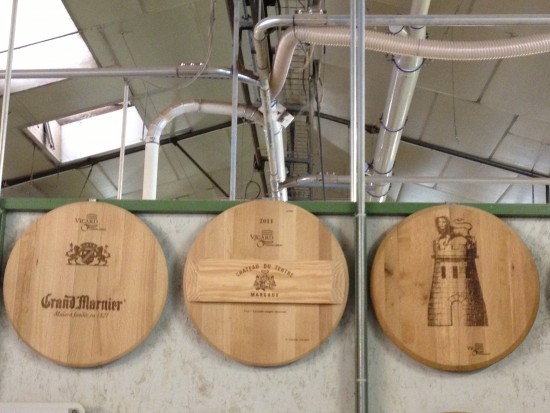 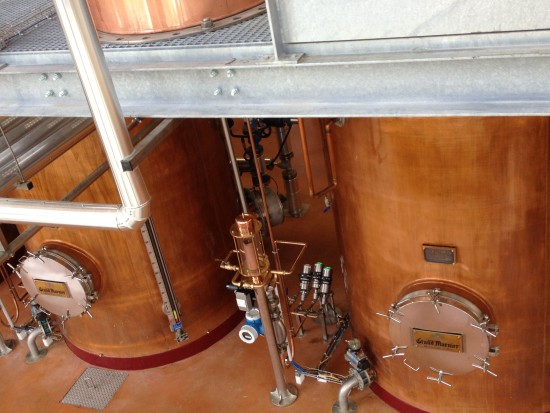 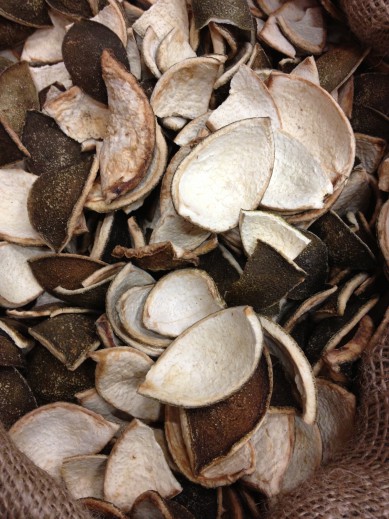 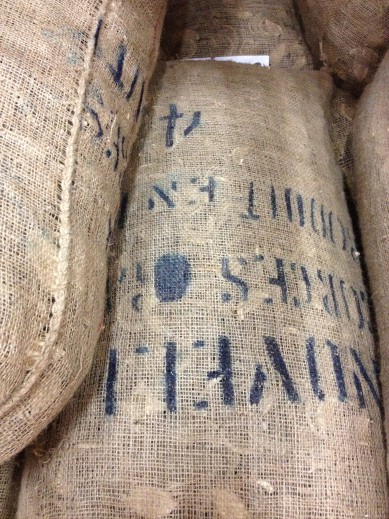 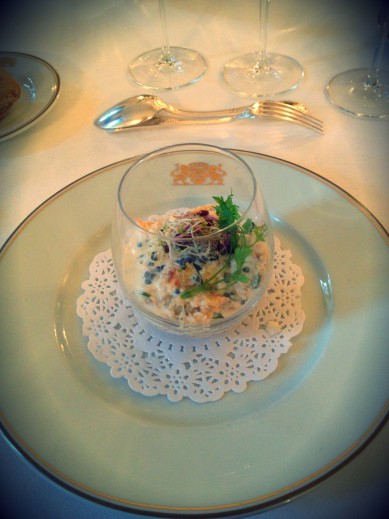 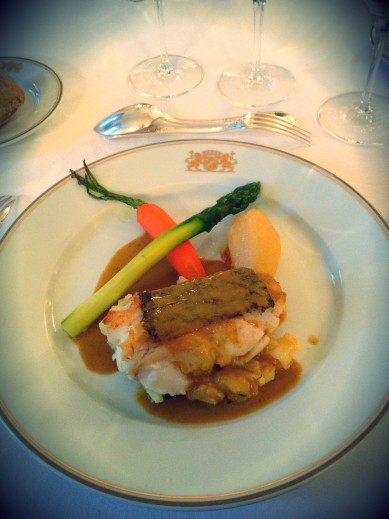 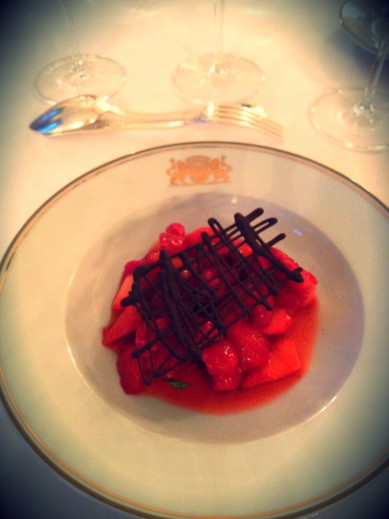 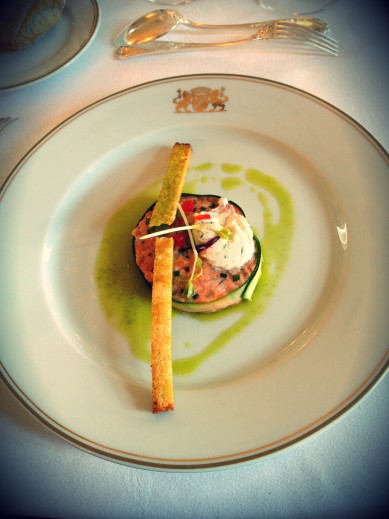 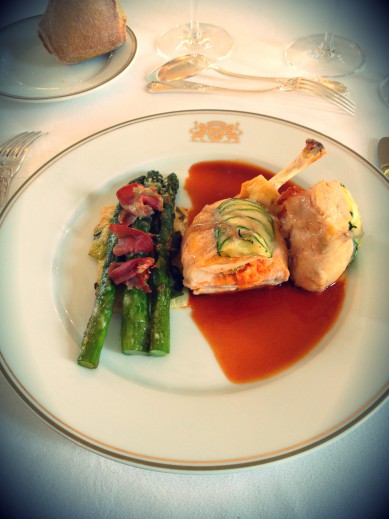 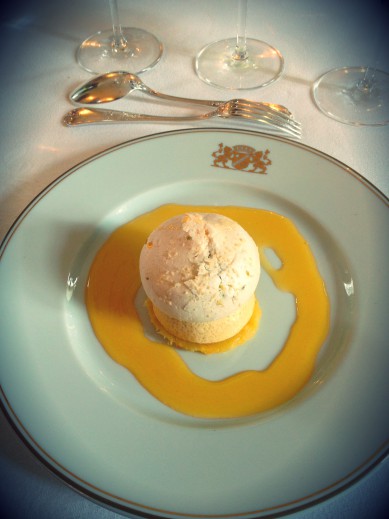 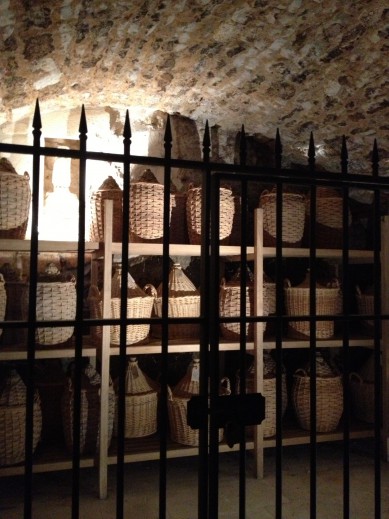 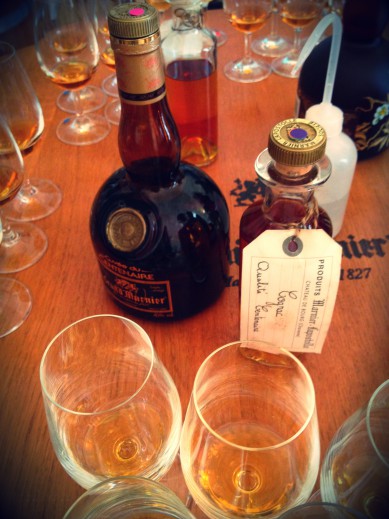 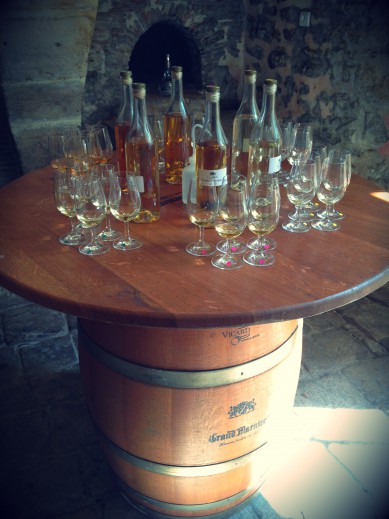 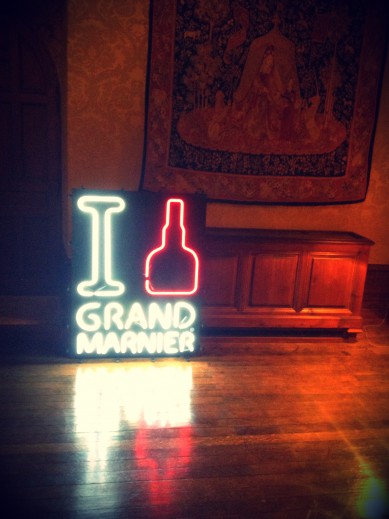 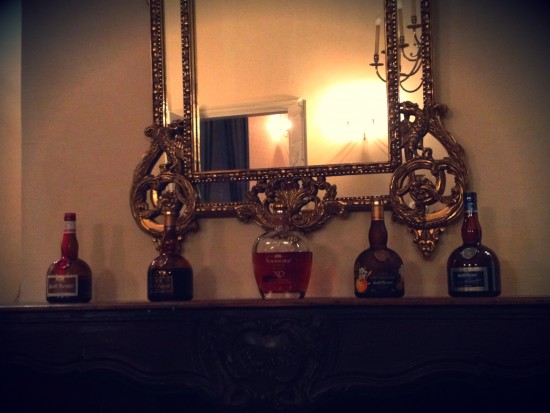 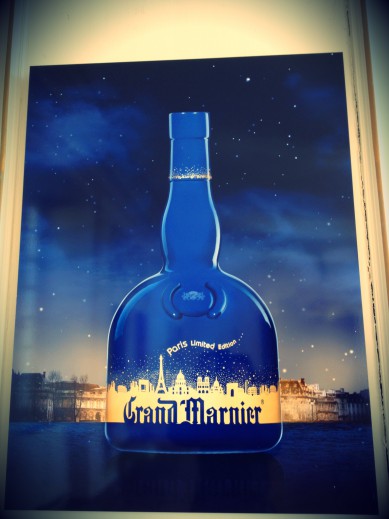