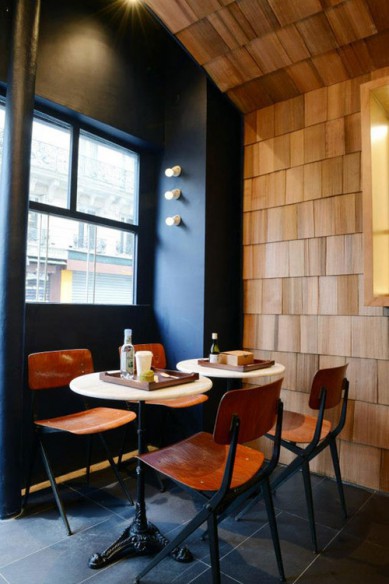 Don’t be surprised if soon the popular sushi will be replaced by omusubi (also known as onigiri): Japanese rice balls ‘twisted’ with meat, fish or veggies. Available at Mussubï in Paris.

On Paris’ right bank, in the 10th arrondissement you’ll find a Japanese lunch-only canteen which serves the omosubi in a bento box, and it’s a hot buzz around town. 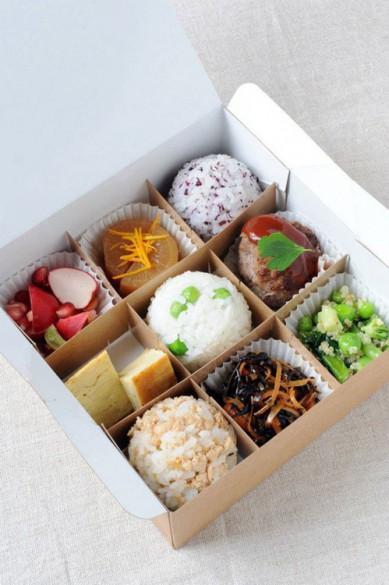 The venue is located on the 89 Rue d’Hauteville, run by Noriko Ishizaka and her asscoiate Megumi Imai. Mussubï was designed by Studio Janréji, and it boasts Japanese conviviality with its wooden house construction within the bento bar.

Owner Noriko used to be a fashion editor and has been living in Paris for 20 years. She wanted to introduce traditional Japanese cuisine to the Parisians, which she seems to be doing quite succesfully as Mussubï has just opened last January and already manages to be a hotspot in the Canal StDenis area.

Omusubi bento boxes are available from €7-€13.

Can’t wait to go to Paris to taste the omusubi’s! As a huge fan of Japanese food I wonder if there’s anything similar in Amsterdam. Tips are welcome! 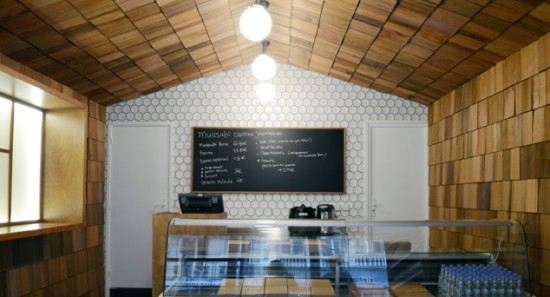