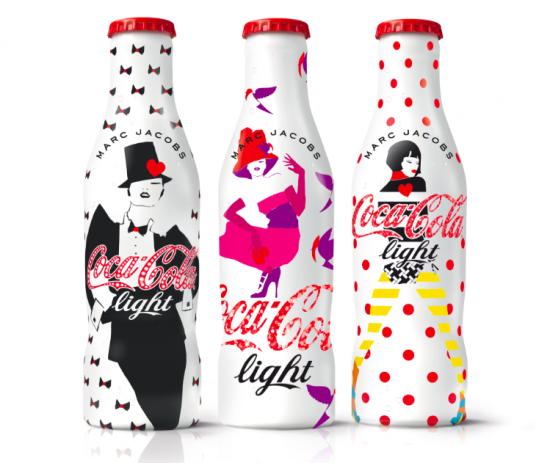 After the cans, the bottles were in line to be revealed. Marc Jacobs launched his little artworks for Coca-Cola light himself in London today.

In addition there’s the ‘Three Decades Film’ featuring Marc in the photobooth with the three girls (note: this one is an updated version of the previous posted videos, which have been removed):