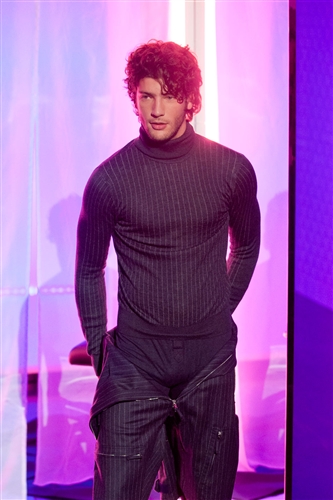 Obviously there wasn’t a lot of skin showing (set apart two male models who showed a glimpse of sixpack), but just Jean Paul’s sense of humor on the rise, dressing his models in multi-layers, the final layer being a leotard. 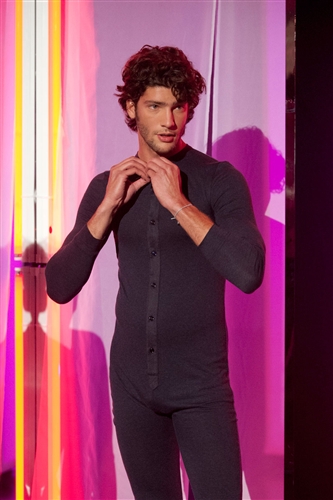 The whole of the collection had a 80’s, new wave feel. It was almost like ending up in a Duran Duran video; sharp shoulders, new wave hairdo’s, and a model wearing small creoles in his ears. The guys emerged from a setting of pink neon-lit booths with plexiglass curtains, before undoing themselves of rip-away pants and such…

We’re off to the shop to get ourselves some Magic Mike on dvd. Always a good idea for a sunday evening, right girls? 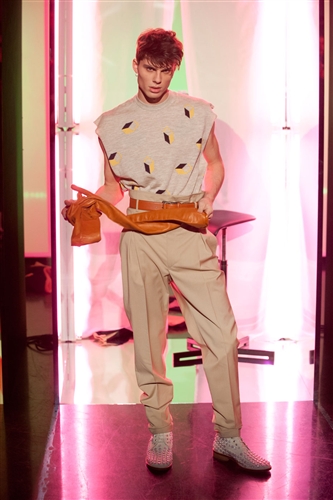 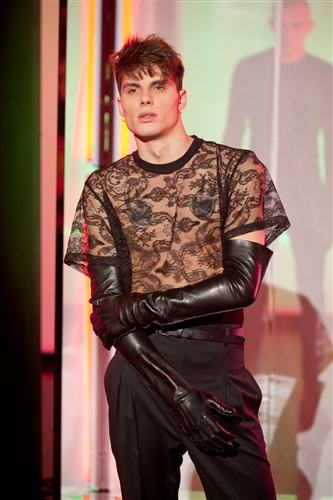