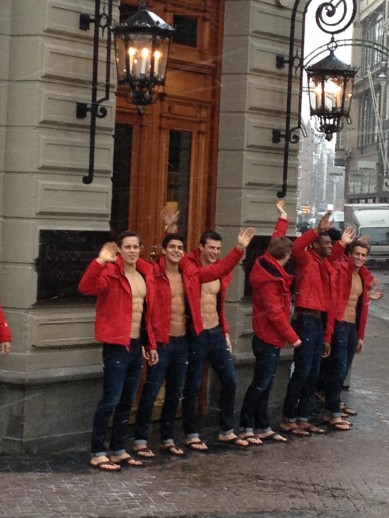 Getting up early to enjoy the sight of Abercrombie & Fitch models showing off their sixpacks is no punishment. Though the cold was somewhat distracting…

There they were, all lined up with bare torsos (the well known A&F symbol), in the freezing cold and snow, to introduce the new Abercrombie & Fitch flagshipstore in Amsterdam.

The Abercrombie & Fitch hotties were flown in from several continents – Belgium, Germany, France, Denmark, Hongkong, Ireland, Italy, Japan, Singapore, Japan, Spain, the UK and the US- but we are also proud to introduce our Dutch pride: Martijn. 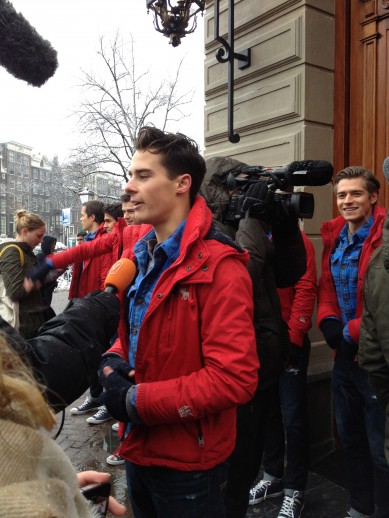 The 19-year old young man had been scouted several times in Amsterdam, while shopping in the Kalverstraat and at the train station. A short Q&A….

How did they find out if you had the right ‘sixpack’?
After the A&F people had scouted me, they invited me for an interview, and then I had to show my abs.

You were selected for the Top 40 A&F models. Are you honored?
Of course! It’s super exciting to travel around the world for openings like the other guys were. I hope to be flown in to locations abroad in the future as an A&F representative.

What is your actual role as an A&F model?
This is my first public appearance as an A&F model, and I’ll be working in the flagshipstore to welcome customers and do photocalls. It was a bit getting used to all these camera’s on me today, but fun as well!

What do you do to keep those A&F abs in shape?
I train 4x a week, and I watch my diet.

Want to see Martijn (and other hot guys) in person soon? The Abercrombie & Fitch flagshipstore will open officially on December 13, 11 am. 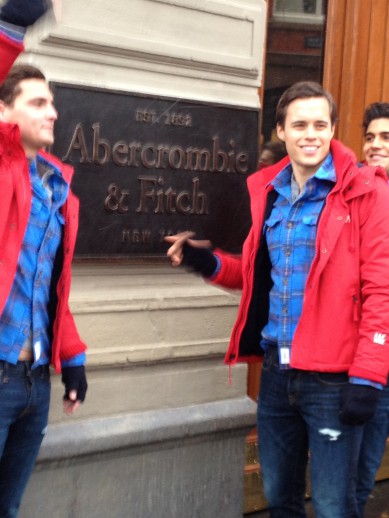 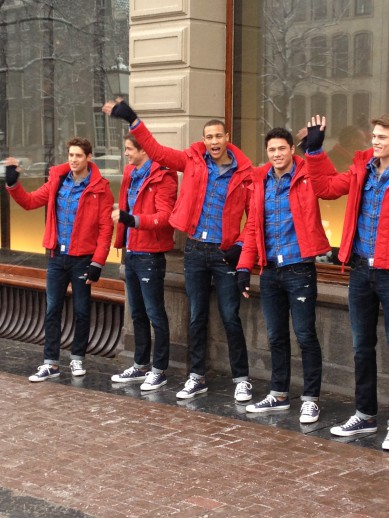 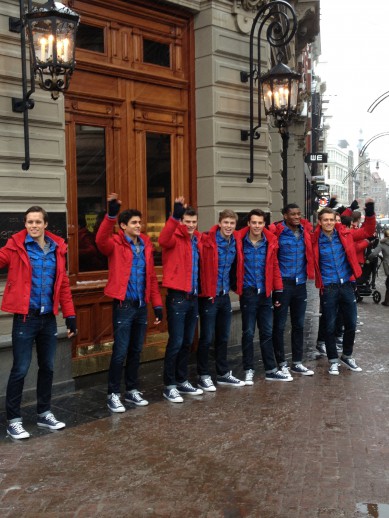 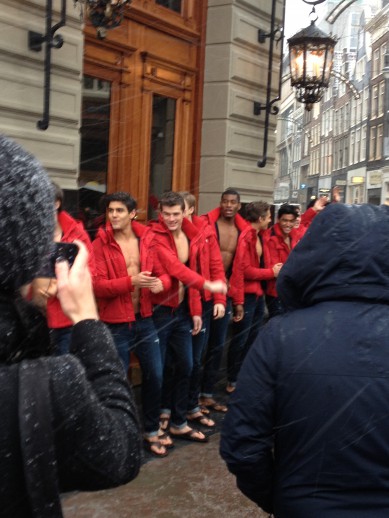 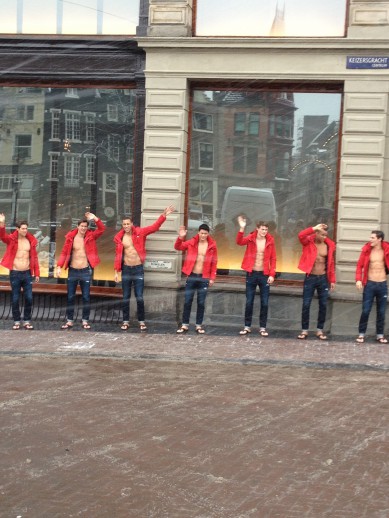 Tags from the story
Abercrombie & Fitch, Dutch model Martijn, event, flagshipstore Amsterdam, Models, News, photocall
0
Facebook Twitter Pinterest
Google + LinkedIn Email
Written By
The Digitalistas
More from The Digitalistas
I was in Barcelona recently and took lots of pictures. Some of...
Read More