Back in Berlin: the report 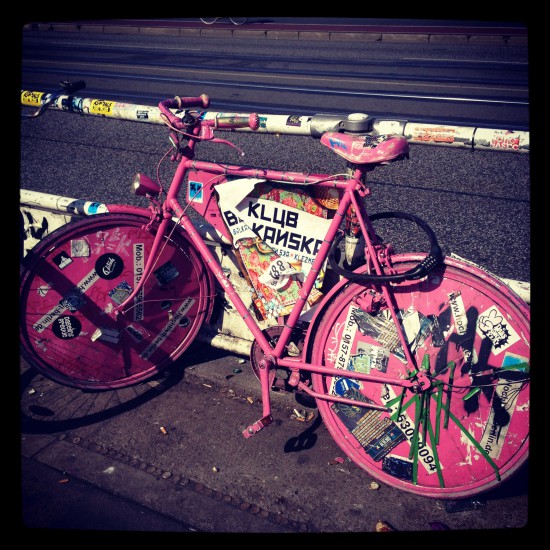 Last week I gave you guys a teaser of my recent trip to Berlin. Now it’s time to unfold the rest of the adventures…

Our travel ensemble consisted of 7 chicks and 1 gay guy, so you can imagine we had a blast.
The trip started with a 6 hours train journey to get to Berlin. It had been ages since I sat in a train that long, but the girls from Cherrypicker and TravelBird took good care of us, and after a few naps, a book and several iPod playlists we arrived at the HauptsBahnhof (Berlin’s central station) where a cab took us to the hotel. 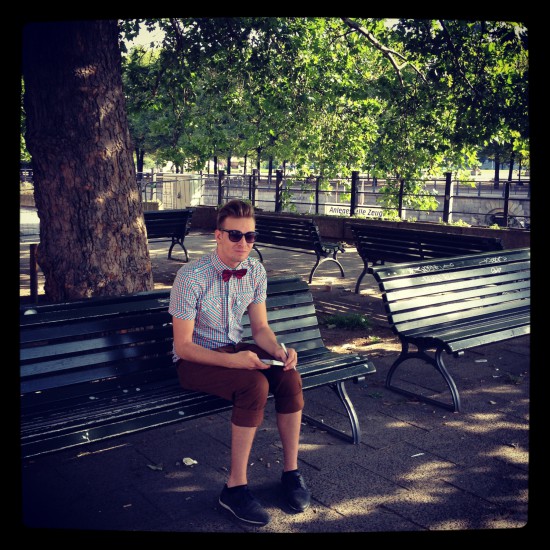 The Art’otel where we stayed, is an art themed design hotel in which one important artist’s work is featured. Ours in Mitte starred Georg Baselitz, a German painter with a special interest in making upside down paintings (not that he sits in his head while painting, he just likes to reverse the objects). After a quick refreshment and a lunch we headed towards a famous East German second hand shop named ‘Garage’. Vintage galore for the fans, because you can buy it by the kilo. Great for a collective vintage shopping spree! 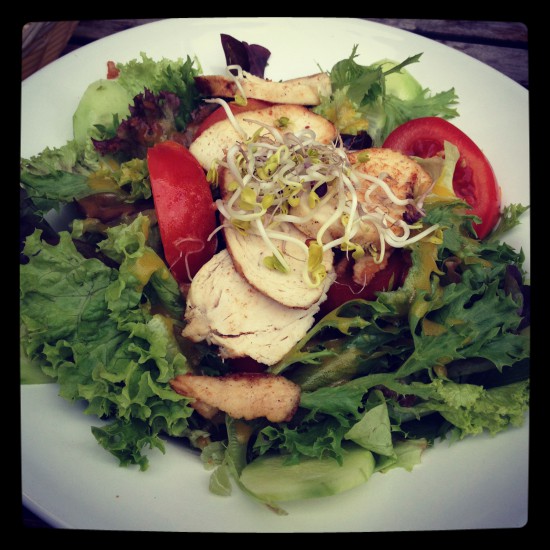 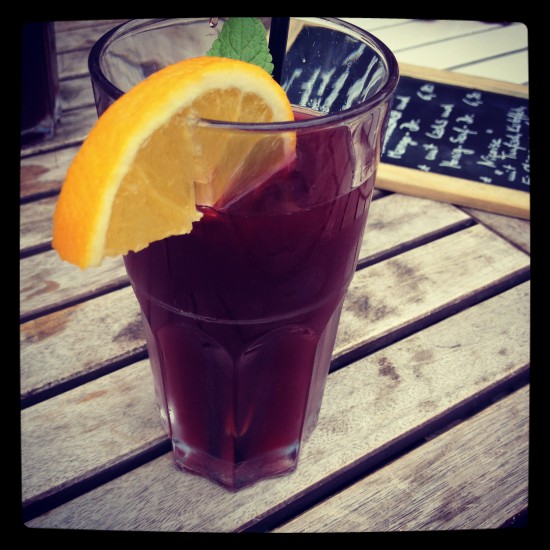 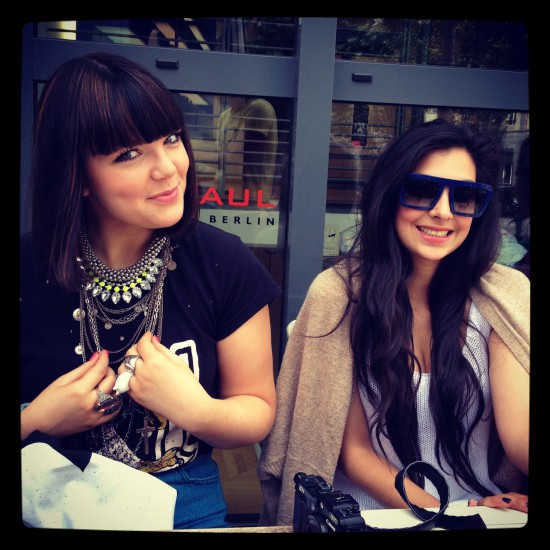 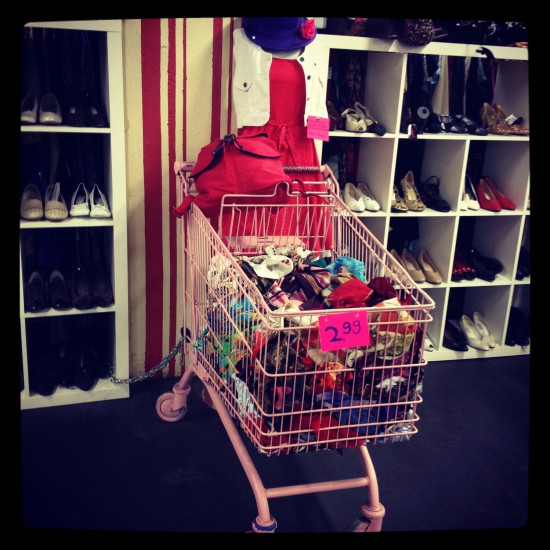 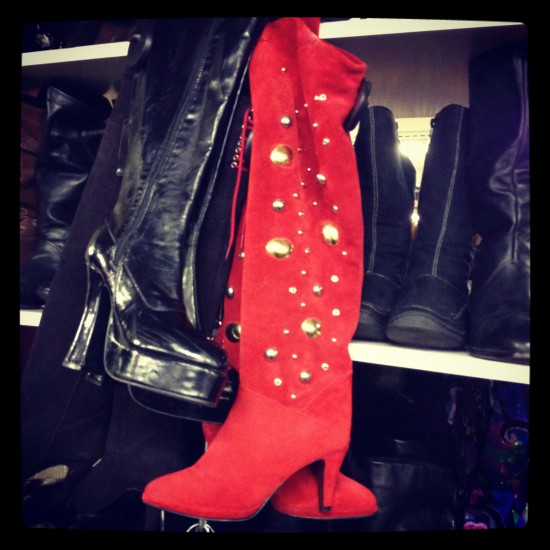 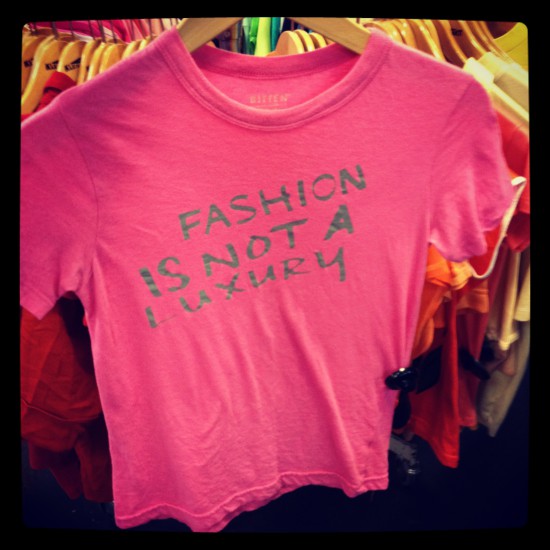 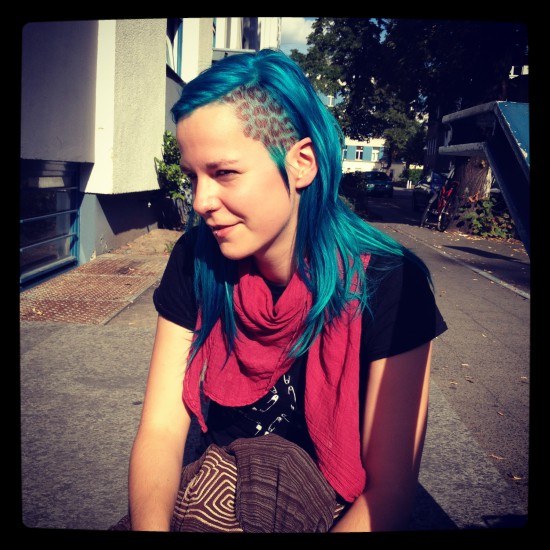 Back at the hotel (with some subway entertaining along the way) where we got pampered with a glass of sekt (bubbly wine) and some bites, we took on a tip to check out the rooftop bar of Hotel de Rome to have a few more drinks before dinner. The weather was lovely, so why not benefit? This Berlin upper-class hang out, was a nice stopover before the adventurous walk to Cookies Cream: a trendy veggie restaurant hidden in a dark alley. 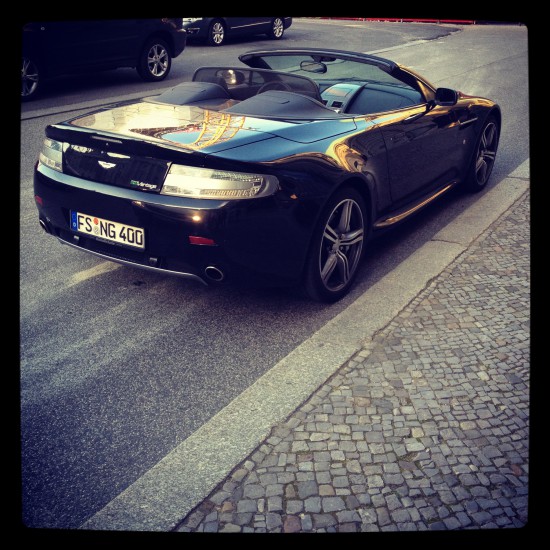 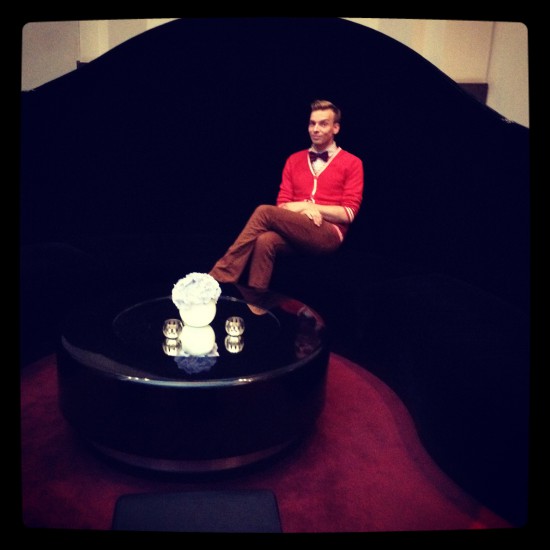 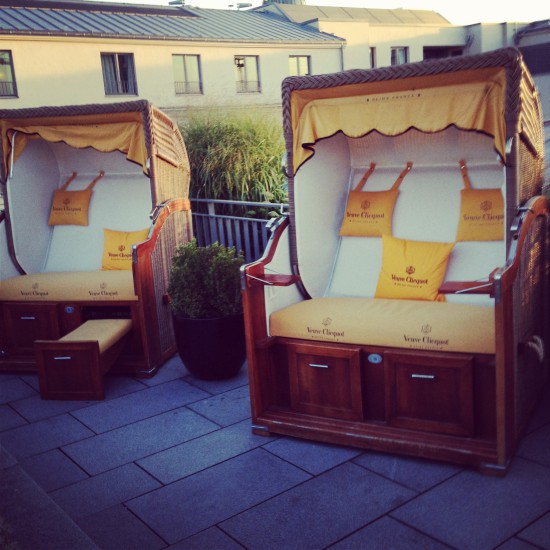 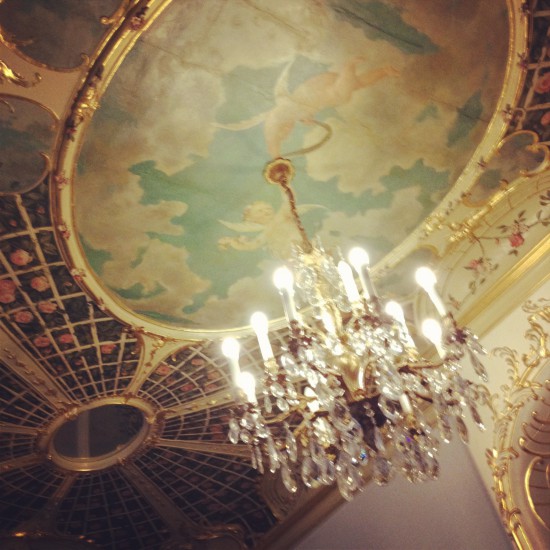 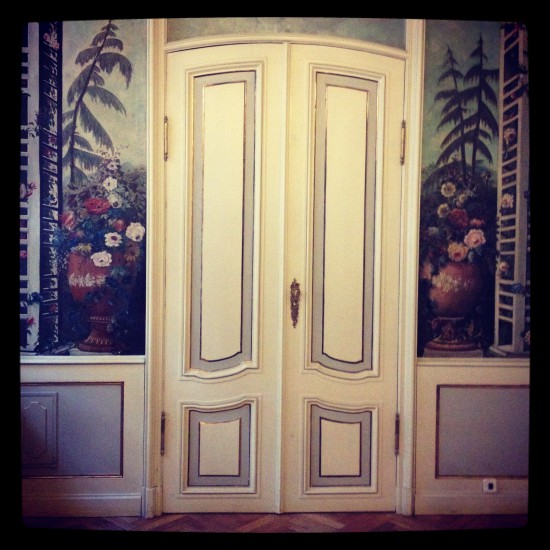 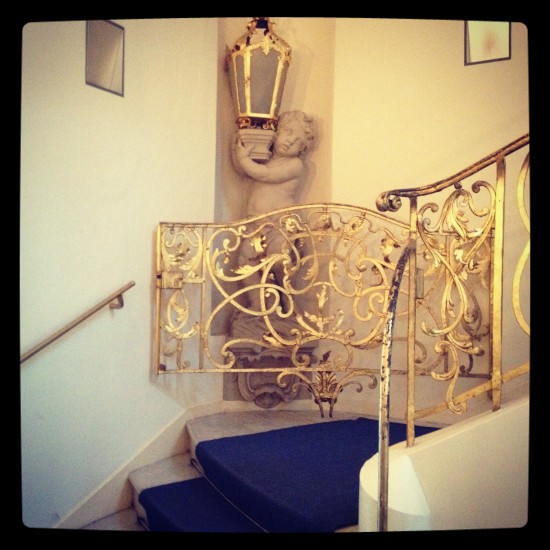 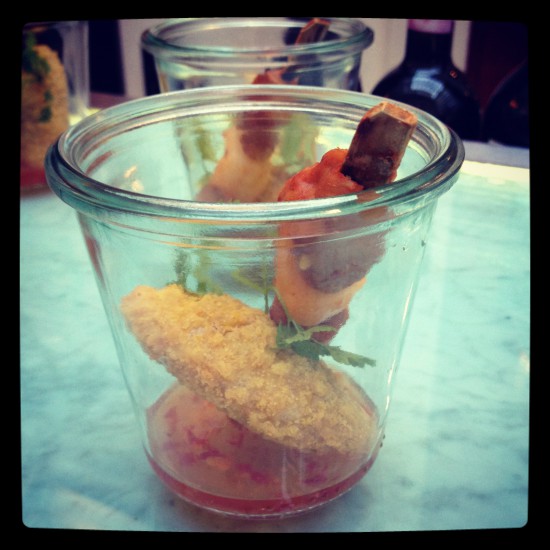 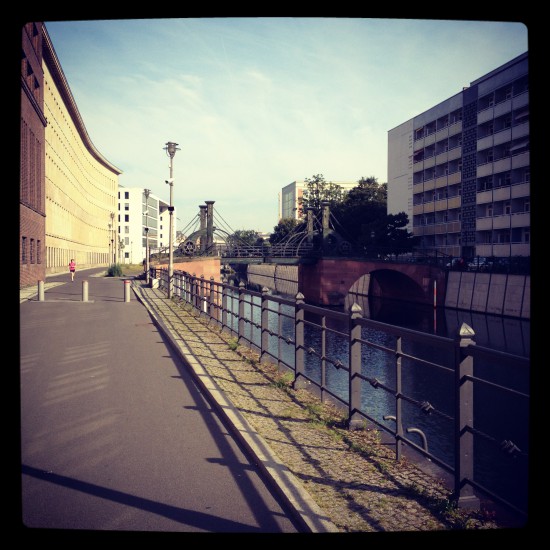 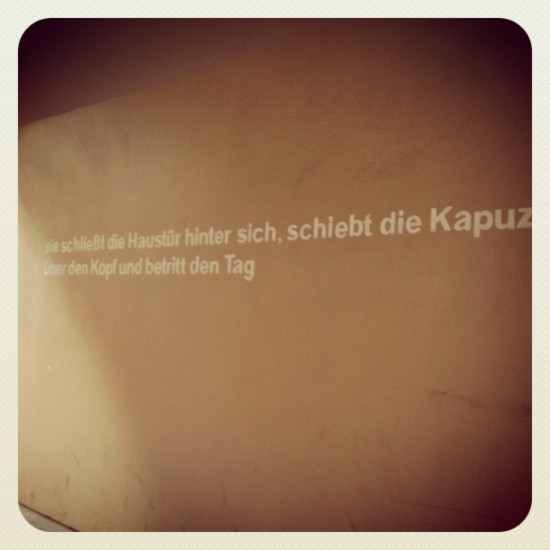 All of us being in a somewhat jolly mood, we didn’t make it easy on tall and handsome waiter Vladi (imagine the 7 chicks-and-1 gay-guy-thing popping up here). He just simply dissapeared at one point (or ended his shift). Such a bummer…

Oh well, it was time for some nightlife action! Cookies Cream also houses a club, but Friday is not their night so we accompanied our travelling companion to the Motzstraße -also known as Berlin’s gay area. But us straight girls felt a bit out of tune, so we jumped in a cab to the Asphalt Club. After a short while the drowsiness kicked in, and with a full program ahead for the next day, we made the wise decision to catch some sleep.

Saturday 9:00 am. A guided tour with the courtesy of 100% travelguides through Mitte and the Museumviertel. Again the weather was fab, so we enjoyed this little walk down the streets and the cute hidden courtyards where a lot of creativity is going on.
Afterwards we jumped on the subway towards Friedrichhain -an upcoming neighbourhood in the most eastern part- where the vintage bikes from Finding Berlin awaited us to follow the bike trail. First an introduction at RAW temple – a non-profit community organization with all kinds of creative outlets in a former railway maintenance yard- and off we went. Following Finding Berlin tourguide Martin’s biketrail, we concluded that there’s so much more to see! Hotspot Club Visionär in Kreuzberg along the Spree, Arena Badeschiff (it has a swimming pool IN the Spree river!), Mauerpark on Sunday, and we want to experience Club Berghain (the oldest and epic club) ourselves. Now we’ve just seen the last clubbers rolling out of there at noon at it made us curious.

Famished after the biketrip, we had a buffet-lunch at Kurhaus Korsakow, located near the Simon Dachstrasse which is a popular street in Friedrichshain filled with cafes along each side of the street. With our stomachs filled and new found energy we all went our own way for a few hours -I visited a fashion photography exhibition at C|O Berlin- before the 6 hour journey back home. 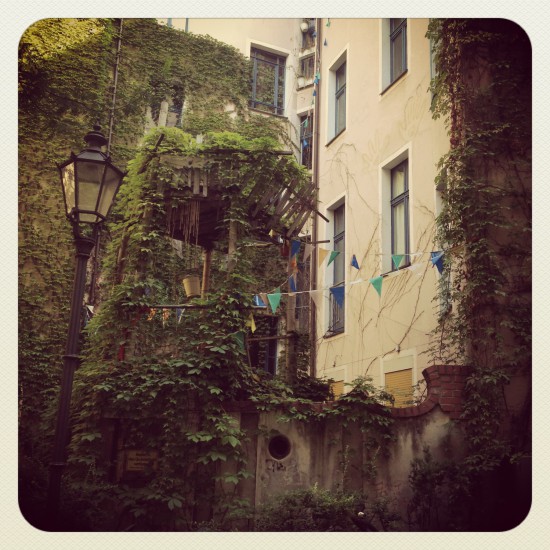 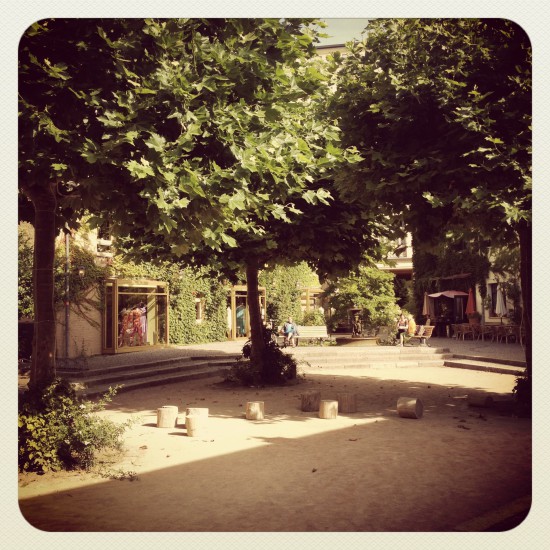 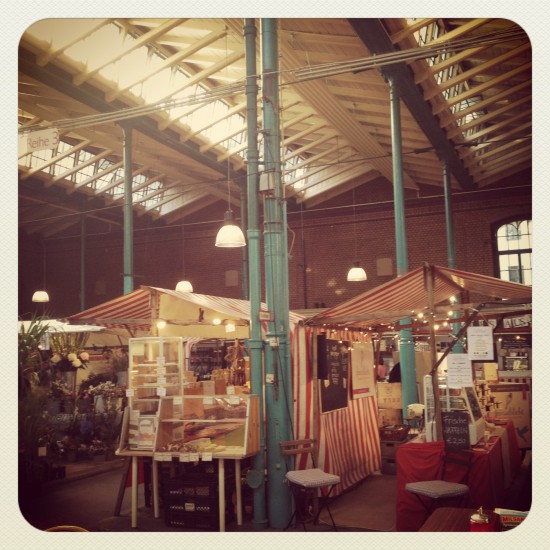 As you can read, you can do and see a lot, even during a short trip to Berlin. Inspired to go there yourself? Check TravelBird for their offers. Aufwiedersehen! 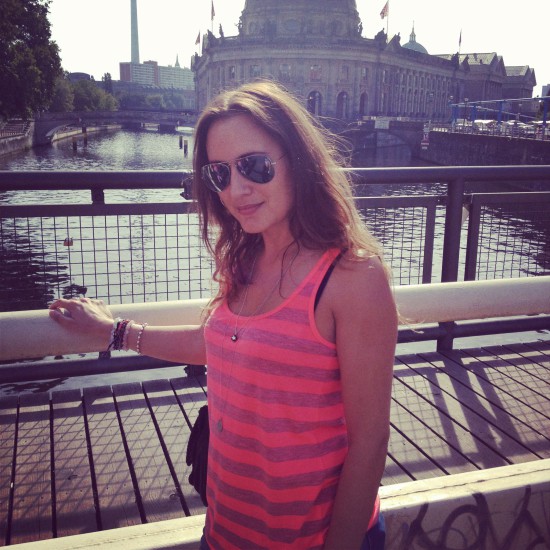 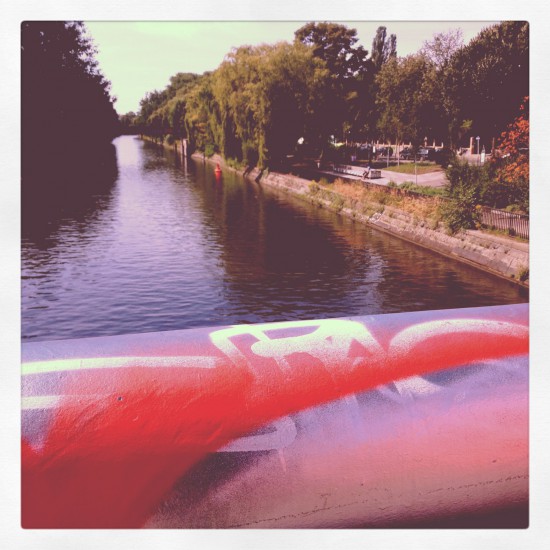 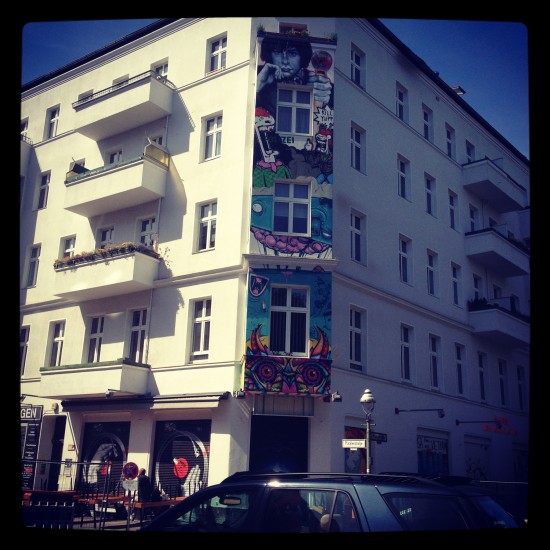 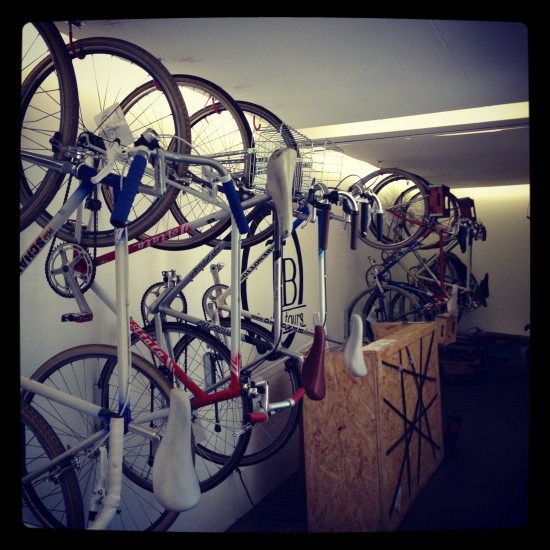 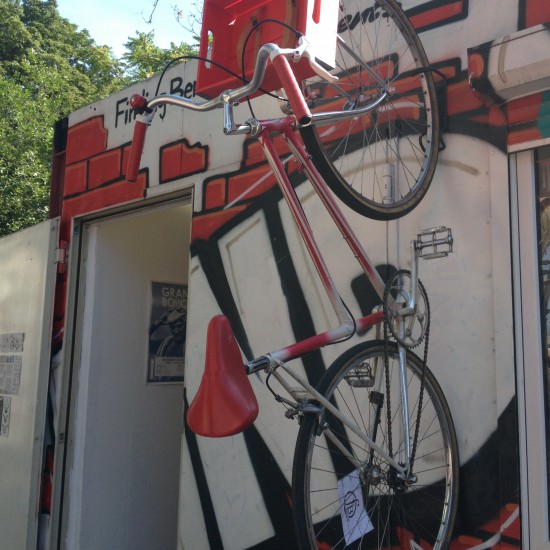 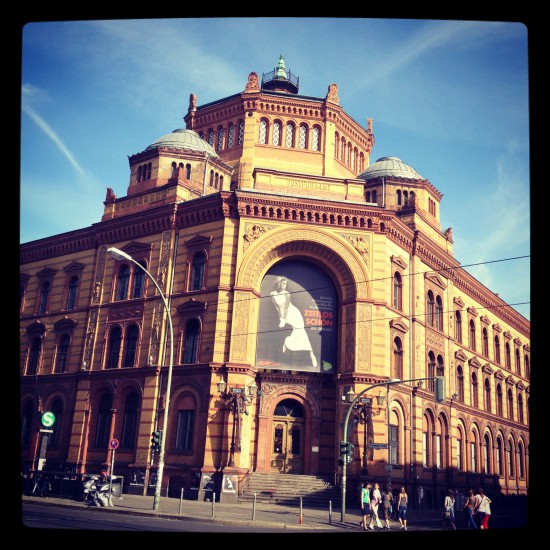