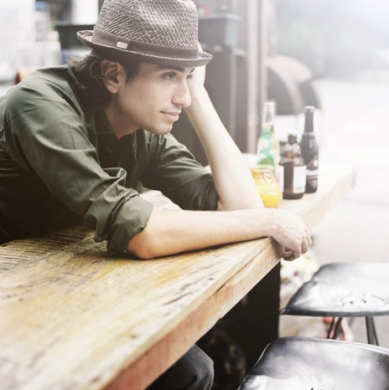 He doesn’t really need an introduction. As a singer/songwriter Dotan is on his way to become one of Holland’s biggest artists.

Known from his hit singles This Town and Where We Belong from his debut album Dream Paradise his music career started with a simple letter to famous producers Martin Terefe and Sacha Skarbek (worked with Adele, James Morrison, Coldplay). With result! One hour after he pressed the ‘send’ button they were already on his phone, and one week later he arrived in their London studio. A dream came true.

How did it all begin?
“Giel Beelen (Dutch radio host, TD) talked about a new singer/songwriter talent during the tv show De Wereld Draait Door. I had no idea he was talking about me, until he mentioned my name. The day after my phone rang all day long: television, radio… Everyone wanted to interview me. That was weird. From that moment on the roller coaster began: I featured in several Dutch morning shows, different radio stations en performed a lot more than I was used to.” 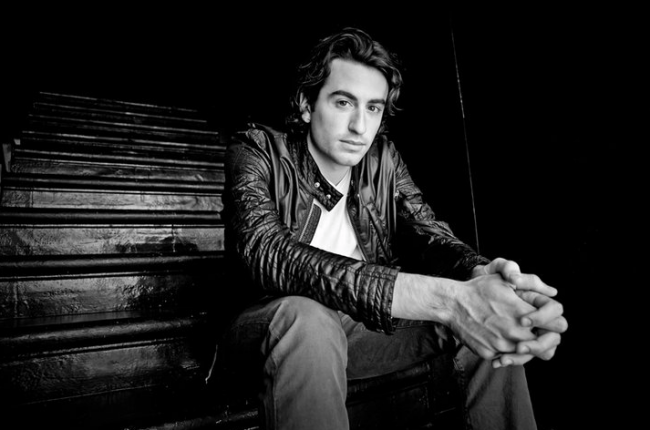 Performing, right? Where, and with whom?
“I opened the concert of Jacqueline Govaert (famous Dutch singer from the band Krezip, TD) in Paradiso in Amsterdam and performed at several festivals such as Dauwpop.”

How did Giel find you?
“I often publish videos of my songs on YouTube. And that worked, obviously.”

It runs in the family?
“Not at all. My dad works in real estate, and my mom is an artist. My grandparents played a little bit on the piano. That’s all. Still want to figure out where my fascination for singing, playing music instruments and writing comes from…”

What kind of instruments do you play?
“Guitar and the piano. Not my cup of tea right now, but I’d love to learn and play classic music one day.”

You wrote This Town when you visited Los Angeles while recording your album…
“That city inspires me a lot, only by experiencing it. It’s a city with two faces. It’s a town where you can make it: people come here to get famous. But on the other side: a lot of them won’t make it. People act on day time, and work their a@#$% off in nighttime just to pay rent.”  I’ve met a guy of 65 who tried to get that one Hollywood role his whole life. He was 65, and never got that role. I think that’s sad.”

How does that work: making a song?
“If I get inspired when I’m on my way, I grab my phone and speak the lines in my head on a voice memo. When I’m home, I go behind my piano and work on it. That’s it. It goes very natural. I often write songs in the middle of the night, when the perfect song pops into my head. Otherwise, it’s not that great for the neighbors…”

What did you do in New York?
“I’ve lived their for a while to study at the School of Arts. I love New York, it reminds me of Europe. It’s so much different than the rest of the U.S. I was 100% motivated in NYC, it gives me energy. In Amsterdam people sometimes say ‘Oh, so you’re a singer? How can you live from it??’. In NYC people always react very positively. I like that about New Yorkers.”

What are your greatest examples?
“James Taylor is my biggest. And I like Ben Howard and John Mayer too.”

How would you define your own sound?
“People say they can recognize my songs immediately . I don’t see and hear it anymore. My second album will be a lot more darker though.”

Always wanted to sing and write your own songs?
“I always loved to write songs, but never realized that I could sing them. When I was 16 I thought: ‘Why not sing the songs by myself'”

You performed in Israel. How was that?
“Special, because I was born in Jerusalem (father is from Israel, TD) and lived there for just two weeks. It was fun to visit Israel, and perform there. They welcomed me as an international artist, complete with huge cars and tv shows.”

L.A or London?
“Los Angeles, no doubt about that. London makes me depressive, think it’s a grey and dark city. I like the sun, beach and the sea. London has none! But on the other hand: London has a amazing music industry, better dan L.A. I think I like L.A more because I lived in rainy London in a small apartment with no warm water  for a few months, I felt so lonely in there….”

Piano or guitar?
“Guitar because I can take it with me all the time.”

Performing live in Paradiso, or a world tour?
“Last one for sure. I already did Paradiso, so move on to the next dream.”

Huge apartment at the Amsterdam canals, or a small studio in L.A.?
“Los Angeles, back to where it all started. Music is more important for me than a big house. My little Amsterdam apartment is perfect.”

Big plans for 2012??
“I worked on my debut album for almost two years, I wanted it to be perfect. It was a little bit scared to release it: you never know how people will react. Its release is in the Fall, the songs are finished so I only have to record it in Norway very soon, so that’s a new exciting step for me. And I’d love to perform with great artists such as John Mayer!”

Really?? When you do, please call us!
“I’ll do that. And 3FM nominated me for a 3FM Award. Very happy with that. I also want to continue with my singer/songwriter evening ‘Hotel Café’ where great artists such as Yuri Zwart perform their own songs in Amsterdam. Maybe I want to do it more globally, in a few big cities in The Netherlands.”

Can’t get enough of Dotan too? Check out his YouTube page for more.