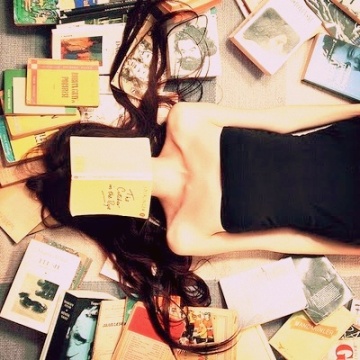 What is more irritating than spending the entire day (or worse, the night) worrying about all the things you have still got to do? And being frustrated, because you didn’t do everything you had to do today?

A working day for my company starts like this: I check Facebook and Twitter, read some e-mails, browse through ‘Het Boevendorp’ and smile satisfied when I think about how awesome it is to own a company. After having done these things, I drink a few cups of coffee, stretch my fingers and sigh, because I know I have a few annoying tasks for today. Around 4 p.m., after more coffee, having edited a new manuscript (which is fun), having answered some nice e-mails and having made a lovely banner with Photoshop, I know I really, really have to start doing the things I actually have to do. And then, when I’m not even halfway, it is 6 p.m. and I have to be at a friend’s place at around 7 o’clock. So I’m sorry, but I have to wrap it up for now.

As soon as my head touches the pillow, the worrying starts. I can’t stop thinking about what I should have done today, and all the things I unintentionally saved for tomorrow. Conclusion: I am the worst planner ever! I often make to-do lists, but I never check them off in the right order. Setting priorities, I could use a lesson or two in that. 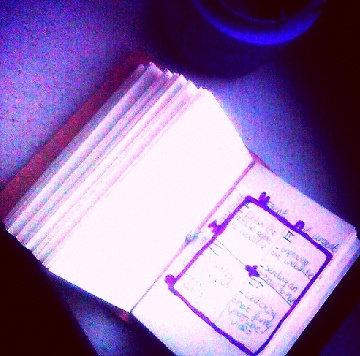 President Eisenhower
Fortunately, an inspiring person told me about the planning techniques of former president of the United States, D.D. Eisenhower (1890-1969). ‘Plans are nothing; planning is everything’, is one of his famous quotes. Before he was a president, Eisenhower commanded the Allied forces during the invasion in Normandy. Eisenhower had to lead up over two million people, what moved him into making a system to set his priorities.

Eventually, Eisenhower developed a special planning matrix that makes visible which tasks get the highest priority. And this matrix is still a very helpful instrument for a lot of people. It suppresses the tendency of starting with the easiest tasks while postponing the annoying ones.

This is how the matrix of Eisenhower looks like:

If you’d like to work with the matrix of Eisenhower, it is very important to define the concepts ‘important’ and ‘urgent’.

Important: it shows the extent to which something contributes to your own goals. Distinction can be made between the main targets and inferior targets.
Urgent: this tells how quickly a certain action needs to take place, or how quickly a task has to be finished.

How it works
First of all, it needs to be clear which things you have to do. After that, the tasks can be classified and sorted by looking at how important or urgent they are. Place the different tasks in the appropriate section of the matrix. All you have to do then is finishing your tasks! In the correct order of course.

I’ve been using the matrix of Eisenhower for a few days now, and I already feel more like an efficient businesswoman… Okay, I still start the day checking my Facebook, and it takes some coffee to get me running, but hey, I only just begun. 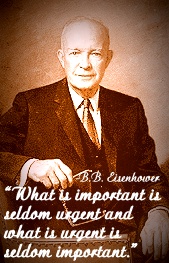 I truly think it is a great way to clear your head and use a (working) day as efficient as possible. At the end of the day, you’ll have time left, instead of passed tasks. And also not unimportant: it saves a lot of worries. Good luck! Read more about the matrix of Eisenhower in here  www.timegt.com.