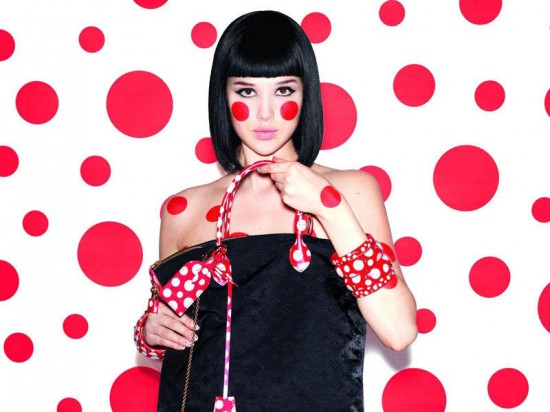 If you have a more than regular interest in polkadots, or just like to walk around looking like a ladybug, you can rejoyce yourself with the special collaboration of Yayoi Kusama with Louis Vuitton.

I remembered a scene in the documentary Marc Jacobs & Louis Vuitton when Marc goes to visit this excentric artist in her atelier in Japan. Marc was very excited to meet this tiny lady with the red hair in her colorful ‘dotted’ environment. Though she didn’t say much in the beginning (let’s call it lost in translation?), there was a click which years later resulted in an avalanche of dots for Louis V.

Watch Marc’s encounter with Yayoi Kusama to know about how the collaboration came about:

and a short historic review about the artist… 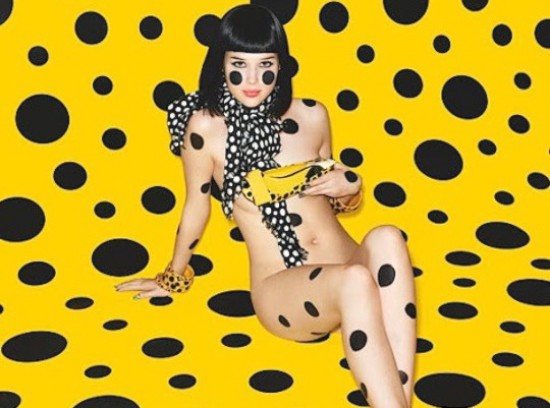 According to wikipedia, Yayoi Kusama is considered a precursor of the pop art, minimalist and feminist art movements. Kusama influenced contemporaries such as Andy Warhol and Claes Oldenburg. Although largely forgotten after departing the New York art scene in the early 1970s, Kusama is now acknowledged as one of the most important living artists to come out of Japan, and an important voice of the avant-garde.

The collection will be available starting July.

Find out more on this collaboration on www.louisvuittonkusama.com 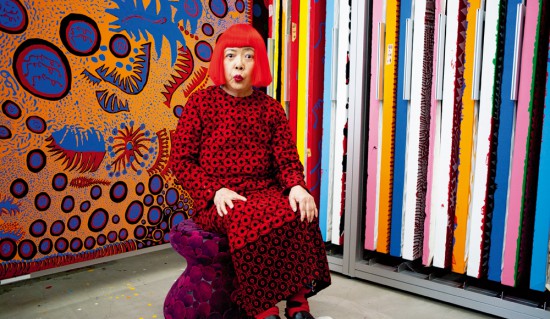