Yesterday evening, one of our favourites of the Dutch fashion scene, Claes Iversen, presented his Spring/Summer ’12 collection in an empty office-building. The show started with a short black & white video, featuring the Dutch actress Liz Snoyink.

The theme of the collection is based on the lovestory of a woman and her meticulously composed wardrobe. But it also underlines that fame and wealth go hand in hand with loneliness and transciency. Claes took some famous 5th-Avenue-ladies as an example like Jacky Kennedy, Nan Kempner and Mona von Bismarck; rich, upper-class figureheads, that posessed impressive private couture-collections, and at the same time their lives were marked by loneliness and melancholia.

The colors and fabrics Claes used were influenced by America in the 60’s and 70’s, especially by artists like David Hockney. The California based pop-art painter is known for his specific color palette and cubistic compositions.

Typical for Claes’s work is contrasts; handpainted poppy flowers reflect pure beauty as well as vulnerability and mortality, and he mixed rigid fabrics with featherlight transparence. Reinventing the classics.

Thus, we missed a little surprising effect we are used to in Claes Iversen’s collection. No post-its or seatbelts this time. Just a beautifully made collection we can see some of our royals appear in on official occasions. 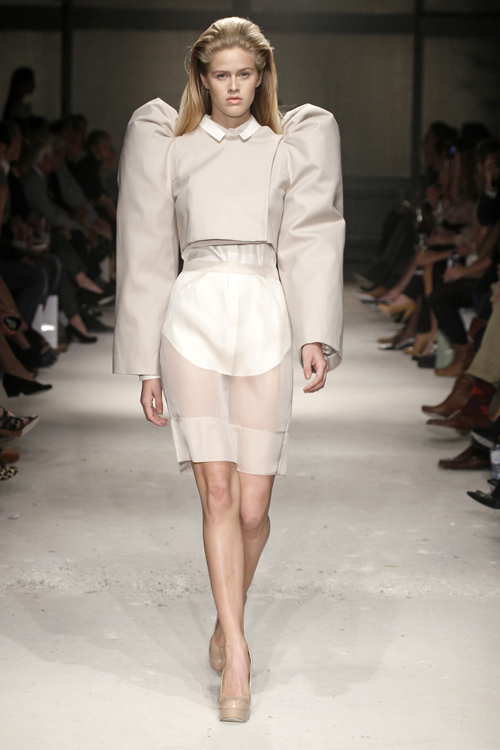 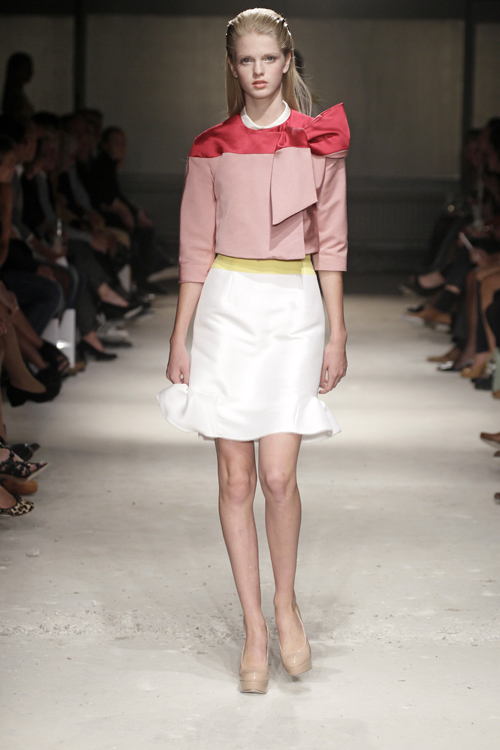 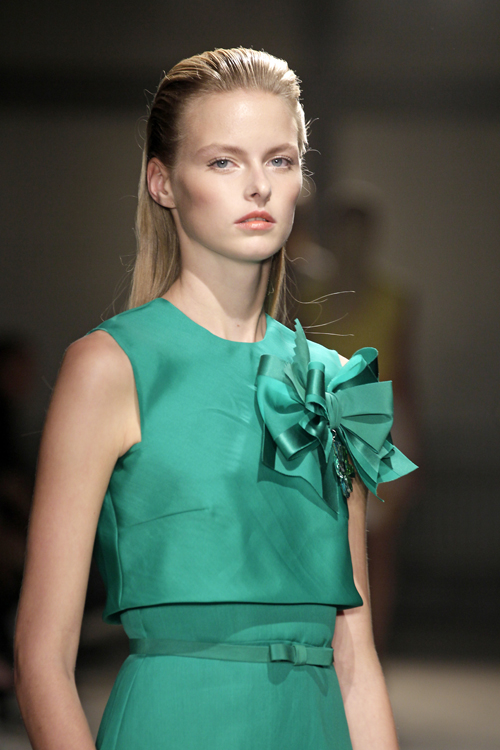 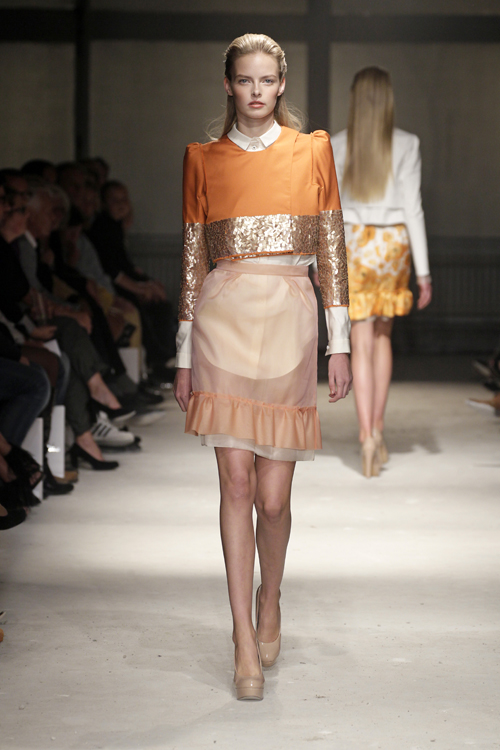 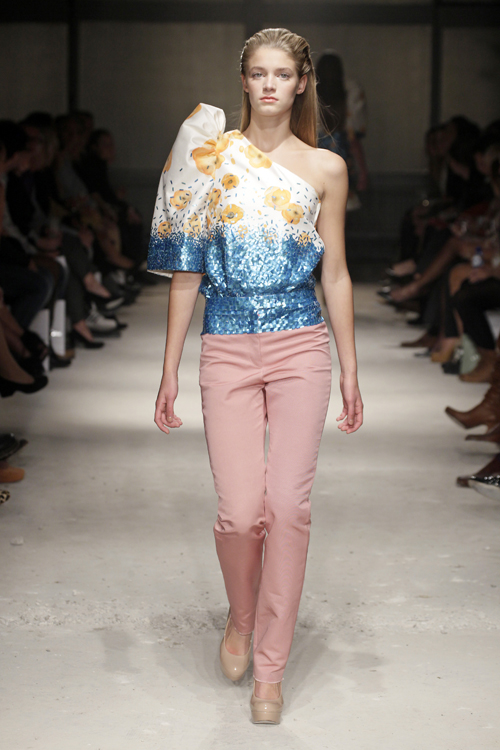 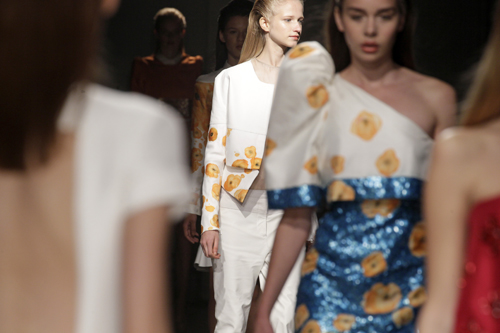