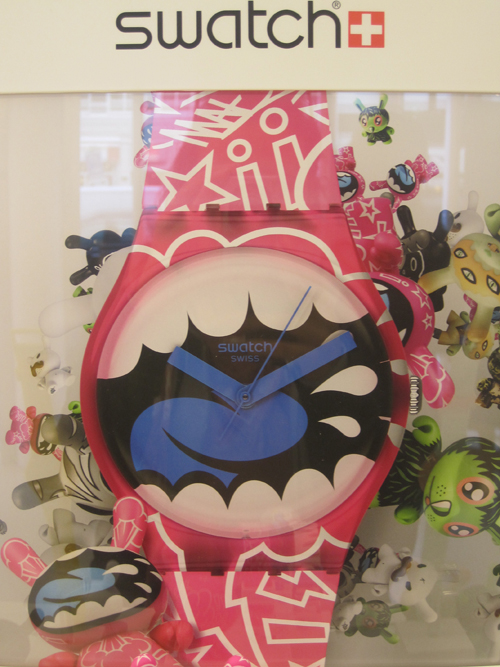 Digi K has developed a little fetish for cute Japanes dolls since she met Totoro. That’s why she had to have a look at the new Swatch X Kidrobot collection. The Swiss watchmakers started a collaboration with this cool lifestylebrand and developed watches with a matching Dunny. A Dunny is an iconic figure that looks a bit like a bunny and it’s used like an empty canvas on which several artists released their creativity.

Swatch invited one of the artists, Tilt, to the launch of this arty Gent collection at the Concrete shop in Amsterdam. Nice to know about him is that he is French (Digi K is half French), and his design is based on the lyrics from a song from the 80’s French rockband Telephone! Some of you might not know who they are, but they were BIG in France when K was a little girl.

There was also a lifesize blank watch where the guests could leave some artistic trade mark. It was a long time since K drew something, so it looks a bit like a Kindergarten drawing…sorry for that. 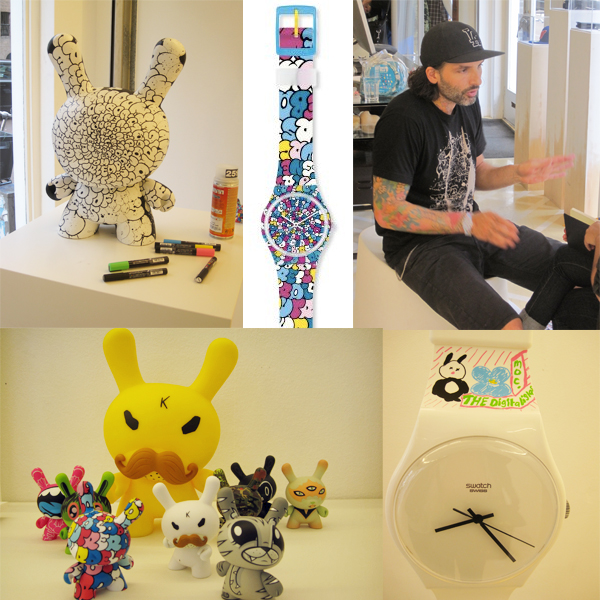 All 8 models of the Swatch X Kidrobot watches are available since September 1st. There are also special Kidrobot sets with their matching Dunny, that are numbered to 300. More information on Swatch.com