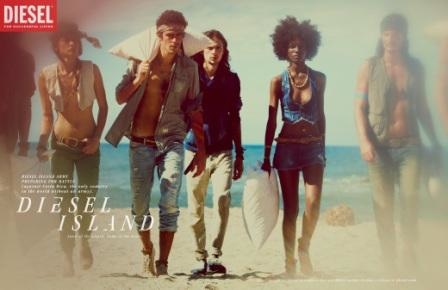 Lost? No. Expedition Robinson? No. Those islands suck. Except from Ibiza there’s one other island we might want to move to: Diesel Island. A tropical utopia where the principles of the Be Stupid manifesto can thrive and flourish.

A nation started from scratch. Where the great is taken from the countries we know, and where all that is bad has been ditched. Where the laws are re-written. Where social wrongs are set right. A country for only the brave?

Time will tell. Diesel stores will become the official “embassies” of the island, with flags, maps and explanations of the philosophy that led to the creation of the world’s youngest country. Entering the embassies gives everybody the chance to get official Diesel Island citizenship. 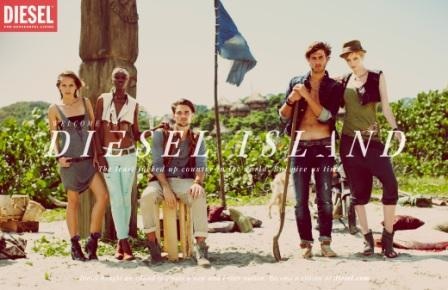 Soon you’ll receive the first signs of life from the pioneers that have just arrived on the island (but with more luggage: nicer clothes and better island-proof furniture). Think cross-media initiatives like viral videos, a Facebook game, a pirate radio…But you’ll also be able to connect with the island through the Diesel website. Become a virtual citizen of the island. Shape its laws, meet its citizens, buy island-friendly clothes and help Diesel Island reach the status of least fucked-up country in the world.

Tags from the story
be stupid, cross-media, Diesel Island, interactive, new campaign, only the brave, pioneers
0
Facebook Twitter Pinterest
Google + LinkedIn Email
Written By
The Digitalistas
More from The Digitalistas
The issue of V magazine featuring the gorgeous Scarlett Johansson will not...
Read More